Molly Campbell is a senior science writer at Technology Networks. She holds a first-class honors degree in neuroscience. In 2021 Molly was shortlisted for the Women in Journalism Georgina Henry Award.
Learn about our editorial policies
Credit: Unsplash.

At ENDO 2022, the Endocrine Society’s annual meeting in Atlanta, researchers present positive results from a study exploring acceptability and willingness to take two oral male contraceptive pills that are in clinical trials.

Birth control is used to prevent pregnancy that occurs as a result of sexual intercourse purposely. While many approaches are contemporary in nature, humans have endeavored to manipulate and control fertility for thousands of years. The earliest recordings of the use of birth control stem back to the Mesopotamia, in ~1850BC.

Today, female-only methods of contraception are dominant across the globe, including hormonal and non-hormonal approaches, such as the pill, intrauterine devices (IUDs), injectables and implantables. Vasectomy and the use of a condom are the only options available to males.

The burden that is placed on women to use contraception extends beyond the physical, explains Katrina Kimport, who published a comprehensive article outlining the emotional and mental toll involved with preventing pregnancy. So why does this discrepancy between options for men and women exist? “I believe male contraceptive options are limited today for a variety of reasons,” explains Tamar Jacobsohn, research fellow in the contraceptive development program at the Eunice Kennedy Shriver National Institute of Child Health and Human Development. “These include challenges with developing a first-of-its kind drug to be used by healthy men who do not face health risk from pregnancy. The bar for safety is very high; thus, we need extensive testing to ensure there are no health risks (which is different from side-effects),” Jacobsohn says. Further complications arise due to the fact that oral formulations of testosterone derivatives require multiple doses each day.

The final reason that Jacobsohn highlights as a barrier to male contraceptive use is stigma. “Currently, there are pervasively negative narratives about men not being willing to use male contraceptives. However, results from our clinical trials of candidate male contraceptive drugs are showing otherwise. With more awareness of the potential market for these products, large pharmaceutical companies may become more interested in supporting the research. If that happens, it could help speed up the process of developing more options for men,” she says.

A growing number of drugs intended for male contraceptive use are entering the pre-clinical and clinical pipeline for testing. Two key examples are DMAU and 11β-MNTDC.

“DMAU and 11β-MNTDC are progestogenic-androgens, which means they are single agents with two functions. The progestogenic function serves to lower pituitary production of gonadotropin hormones (FSH and LH). Inhibiting LH leads to lower testosterone in the testis. In theory, in the absence of adequate testosterone in the testis, sperm production would be inhibited. The androgenic function of these molecules supports sexual function and other bodily functions that rely on adequate testosterone levels in the blood” describes Jacobsohn.

These progestogenic androgens are being explored due to their oral bioavailability, meaning they can be used as a pill, and the fact that they can be delivered as a single drug, omitting the need for multiple dosing. “The oral studies are currently in Phase 1b of testing (repeat dosing); thus, we are looking at pharmacodynamics, pharmacokinetics and safety of the drug,” says Jacobsohn.

Testosterone is a hormone that is central to male physiological functions, such as sexual function and the maintenance of muscle mass. Lowering testosterone levels can be associated with adverse side effects, Jacobsohn explains: “Testosterone is converted to estradiol in men, which supports bone health and other estrogen-dependent functions. Side effects from low levels of testosterone or estradiol could include mood swings, hot flashes, loss of libido, erectile dysfunction, acne or weight gain.”

These potential side effects have inhibited the development of male contraceptives that function via this modality. At ENDO 2022, the Endocrine Society’s annual meeting in Atlanta, Ga, Jacobsohn is presenting her latest research exploring how males included in clinical trials of DMAU and 11β-MNTDC respond to lower testosterone levels, their satisfaction with the drug and their willingness to use it in the future, or to recommend it to others.

The study cohort included 96 healthy male participants recruited to Phase 1 clinical trials of the two drugs. In both trials, participants were randomly assigned to receive either two (total drug concentration 200 mg) or four (total drug concentration 400 mg) oral pills of active drug, or placebo, daily, for 28 days. In the drug-assigned groups, testosterone levels were found to drop below the normal range after seven days, whereas individuals in the placebo group were found to have levels that remained within the normal range.

“To explore acceptability, we provided a questionnaire to be answered at the end of the study. Relevant questions included: “Were you satisfied with the study drug?”, “Would you recommend the study pill to other men?” and “Would you use this pill as your primary form of birth control?”,” says Jacobsohn.

The researchers’ data is encouraging. They discovered that men found the pill to be highly acceptable – the combined active drug group expressed significantly higher willingness to use this drug as their primary method of contraception as compared to the placebo. “The markedly lower testosterone levels in those receiving the higher dose did not appear to result in significantly different acceptability for all questions asked,” Jacobhson describes. 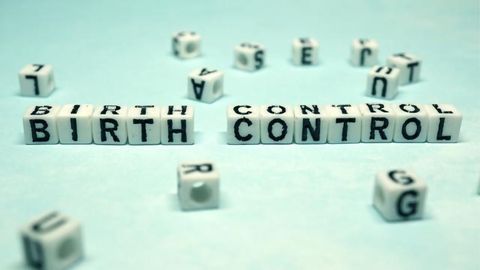 END_OF_DOCUMENT_TOKEN_TO_BE_REPLACED

DMAU and 11β-MNTDC continue to move forward into a Phase II trial. In addition, they are also being explored in Phase 1a trials using injection as the method of delivery. Beyond these two drugs, Jacobsohn points out that there are other products advancing through the clinical trial pipeline: “We are currently completing a Phase IIb (efficacy) trial for a combination Nestorone/ Testosterone gel product, which we hope will be the first groundbreaking product for male contraception, thus paving the way for other drugs to become available,” she concludes.

Is Your API Ready for GMP Scale Up?