Complete the form below to unlock access to this Audio Article: "How Edible Smart Tags Can Help Fight the Anti-Drug Counterfeiting War" 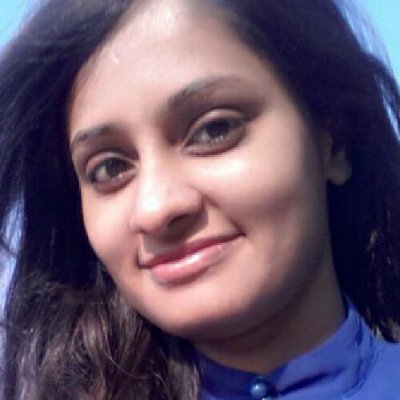 The US FBI likes to call it ‘crime of the 21st century.’ In fact, its global trade estimates at about $600 billion. And, with the proliferation of the Internet, this problem can plague almost the whole world. No, it’s not the arms race. Rather, it’s the trade of pharmaceutical drug counterfeiting that puts millions of patients around the globe at a significant, and sometimes fatal, risk.

It has, unfortunately, grown by leaps and bounds since it was first addressed in the 1995 WHO Conference of Experts on Rational Drug Use at Nairobi, Kenya. The drug counterfeiting market has been fuelled by growing engagement of inadequately regulated wholesalers and re-packagers in the supply chain, the rise of Internet pharmacies that provide cheap and unauthorized medicines, and easy availability of advanced technology to manufacture spurious drugs.

International Institute for Research Against Counterfeit Medicines (IRACM) states that of 331,430 websites monitored by Legitscript, a mind-boggling 94.3% are selling pharmaceuticals illegally. This loosely translates to the fact that anyone, with access to the Internet, can potentially be exposed to counterfeit drugs through  fake online pharmacies.

Hence, the pharmaceutical supply chain is constantly leveraging evolving methods, approaches and technologies to counter the shifting target. The pharmaceutical industry is expected to have spent about $3.4 billion this year on anti-counterfeiting technologies to intensify its battle. Here’s how the battle is being drawn up, with prevalent technologies making way for newer, better and more effective solutions. Edible smart tags are one such solutions.

To combat the flooding of counterfeit drugs onto the global market, most of the pharmaceutical drugs are using secured RFID tags on their packaging. The technology enables the pharmacies and wholesalers to track medicines from manufacturers to retailers by verifying the electronic product code, EPC, on their packaging.

However, this technology has been vulnerable to replication, with counterfeiters invading the supply chain with easy access to digital printing and packaging duplication equipment. Although barcodes, QR codes and 2D barcodes over packaging do integrate the new ‘track and trace’ requirements, they do not guarantee product legitimacy.

To overcome the gaps of the packaging-level RFID tag technology, pharmaceutical and biotechnology companies are in search of infallible solutions. On-dose authentication technology sounds promising enough.

One of the potential forms of the relatively  new on-dose authentication involves achieving product security by incorporation of edible microtags of the size of dust (≈50 to 100 micrometers), making them virtually invisible to the human eyes. These low-cost micro-tags are etched with a custom-manufactured spectral pattern chosen from a library of over a billion possible combinations.

The spectral pattern on each tag can be read by a portable spectrometer-based optical reader. It can be linked to a secure database where additional information about the item including lot number, expiration date, manufacture date, authorized customer, or country of authorized sale is stored. This is remarkably similar to referencing a future e-pedigree or track-and-trace system.

The manufacturing of such edible microtags is simple and cost-effective. The tags comprise of safe and inert material such as silicon wafer that is imprinted with an optically-readable code by a process called etching. The wafer is then divided into smaller micro-sized tags that contain a nanoporous structure, which is programmed during electrochemical synthesis to exhibit a unique reflectivity spectrum.

The low-cost microtags-based on-dose authentication, currently under the pilot stage, offers numerous advantages. The use of silica and similar materials for manufacturing microtags makes them completely inert and biocompatible for incorporation into solid and liquid dosage forms.

Moreover, the incorporation of microtags does not require any additional manufacturing equipment as it merely involves embedding it on the surface or mixing it with the other excipients during the manufacturing process. Since both medicine and its appearance have a combined authentication, tampering with either would raise a security flag. The security features of microtags are not replicable and it is difficult for counterfeiters to intrude a product supply chain easily.

“Several such advantages thus expand the gambit of the application areas to other industries as well including food, cosmetics, and luxury goods where protection of brand value and revenue is of utmost importance,” substantiates Prakash Kailasam, practice lead, technology & patent research, Aranca.

Interestingly, the technology remains niche with moderate patent filing in the last decade. Overall, close to 400 unique inventions were patented with the United States being the major contributor. Some of the notable technology providers include TruTag Technologies, NanoInk, ARmark Technologies, Authentiform Technologies, InkSure Technologies, CertiRx Corporation, and Sicpa Holding.

Well Begun is Half Done

The edible microtags do address the majority of the problems associated with conventional counterfeit prevention methods. However, before adoption of on-dose authentication technology, there is a need to understand manufacturing as well as regulatory requirements.

The guidance released by FDA regarding the incorporation of Physical Chemical Identifiers (PCIDs) in solid oral dosage forms in 2011 reflects optimism for the early and widespread adoption of the technology. FDA’s guidance states that only well-studied excipients that are GRAS or those listed in the FDA’s list of inactive ingredients guide can be used in minimal quantities. Moreover, FDA has cleared its stance on use of the technology in already approved drugs by stating that addition of microtags to these products would not require a re-approval.

However, from the manufacturer’s perspective, it is important to understand whether addition of edible microtags would have an impact on the efficacy of the drug product. Furthermore, from an investment standpoint, companies would be curious to determine ROI as well as the sustainability of such a solution.

With the technology showing early success, it is certain that microtag-based on-dose authentication technology would be on-board on wide range of products in near future. Hopefully, we would then be en route to a new world of the pharmaceutical products—specifically the solid dosage forms—that would carry a microtag, which promises to change the landscape of anti-counterfeiting forever.