The study was coordinated by Dr José Miguel Lizcano from the UAB Institute of Neurosciences and Department of Biochemistry and Molecular Biology.

ABTL0812 preclinical development of ABLT0812 has been conducted by Drs. Tatiana Erazo and José Miguel Lizcano, Cell Signalling and its Alteration in Disease Research Group, in collaboration with Ability Pharmaceuticals, owner of ABTL0812. This study was performed in collaboration with researchers from Hospital Universitari Vall d'Hebron and Hospital Clínic in Barcelona, and from Universidad Complutense in Madrid.

ABTL0812, a small molecule derived from a polyunsaturated fatty acid, is a first-in-class anti-tumour drug. Using cell and animal models (tumour xenografts), researchers identified a new mechanism of action: the activation of the PPAR receptors and the TRIB3 gene, leading to inhibition of the Akt/mTOR pathway. 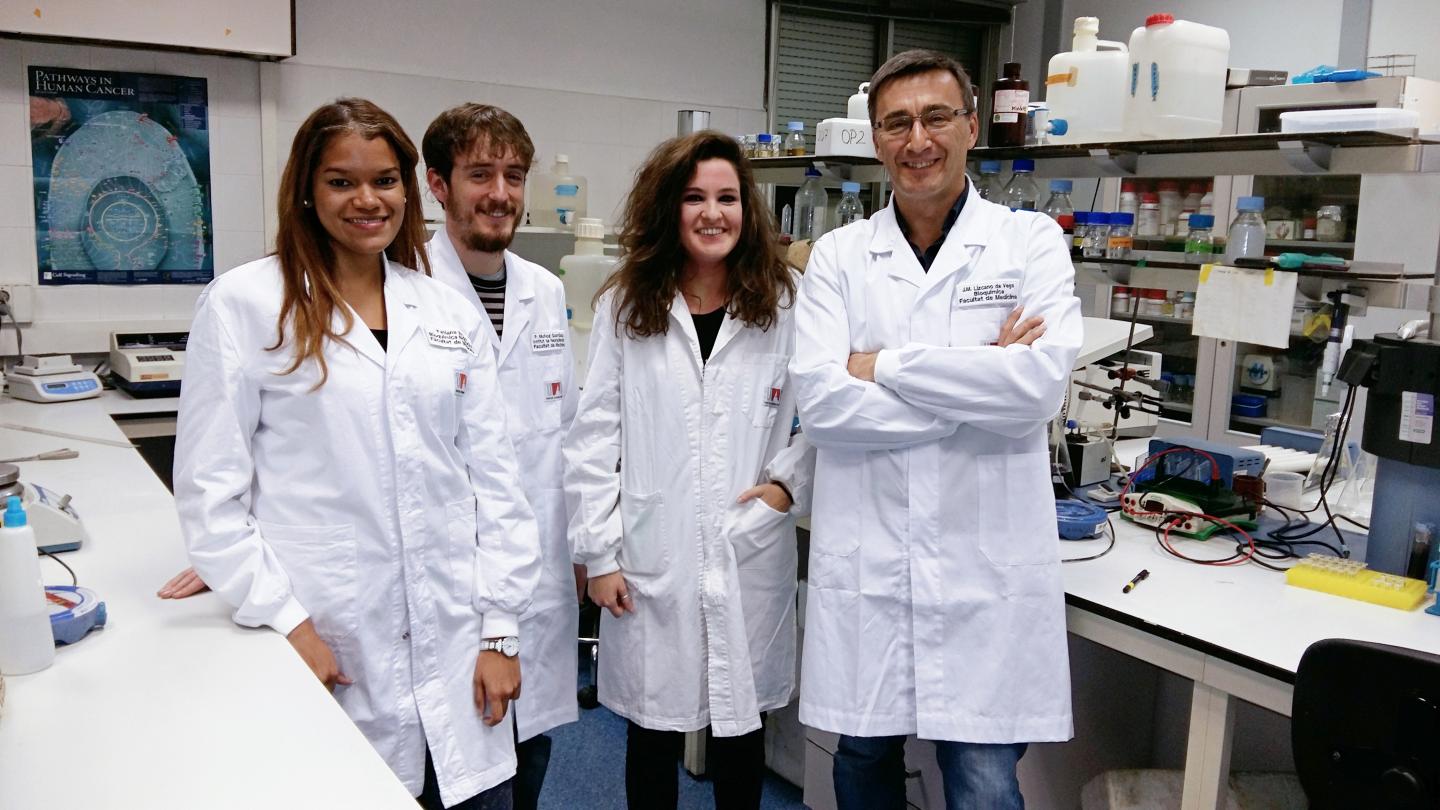 The intracellular Akt/mTOR pathway drives a wide variety of extracellular signals, controlling cell metabolism, size, growth and survival. This pathway is hyperactivated in most human cancers, favouring the proliferation and survival of the cancer cells and, therefore it is one of the principal targets of new anti-tumour drugs.

By activating the PPAR receptors, ABTL0812 induces over-expression of TRIB3 protein, which binds to the Akt oncogene and inhibits the Akt/mTOR axis.

ABTL0812 shows high efficacy in vitro and in vivo in preclinical trial studies, and an activity similar to or greater than standard chemotherapeutical drugs, but low toxicity. "We have shown that ABTL0812 enhances the anti-tumour effect of several standard chemotherapeutic drugs, and it shows efficacy in those tumour cells that have become resistant to the standard treatment", explains Dr Lizcano.

Through the newly identified pathway, ABTL0812 attacks tumour cells without affecting healthy cells, causing their death by autophagy without activating apoptosis (programmed cell death). It is the first anti-tumour drug to act in this way.

Autophagy is a type of cell death that differs from apoptosis, usually associated with tasks of cell degradation and clearance. Autophagy has recently emerged as an alternative for tackling cancer cells without inducing the resistance to apoptosis generated by standard drugs.

ABTL0812 is also the first drug to activate the gene TRIB3 through the PPAR receptors. The researchers highlight the role of TRIB3 in cell death and inhibition of tumour growth, as well as its use as a biomarker for monitoring the biological activity of the drug in humans.

"TRIB3 represents a new mechanism for inhibiting the Akt/mTOR pathway. In the next future we will study whether or not ABTL0812 generates resistance in tumour cells. If not, this would be very relevant to cancer therapy", stresses Dr Lizcano.

The new PPAR-TRIB3-Akt pathway might well be used to design safer and more effective anti-tumour drugs, such as ABTL0812.

European Medicines Agency (EMA) and US Food and Drug Administration (FDA) have designated ABTL0812 as an orphan drug for treatment of pediatric neuroblastoma.

"The publication of the new cellular mechanism in Clinical Cancer Research is a major step forward the development of ABTL0812 as a promising anti-tumour drug, and a success story of research collaboration between a company located in the UAB Research Park and the University", says Dr. Carles Domènech, CEO of Ability Pharmaceuticals S.L.