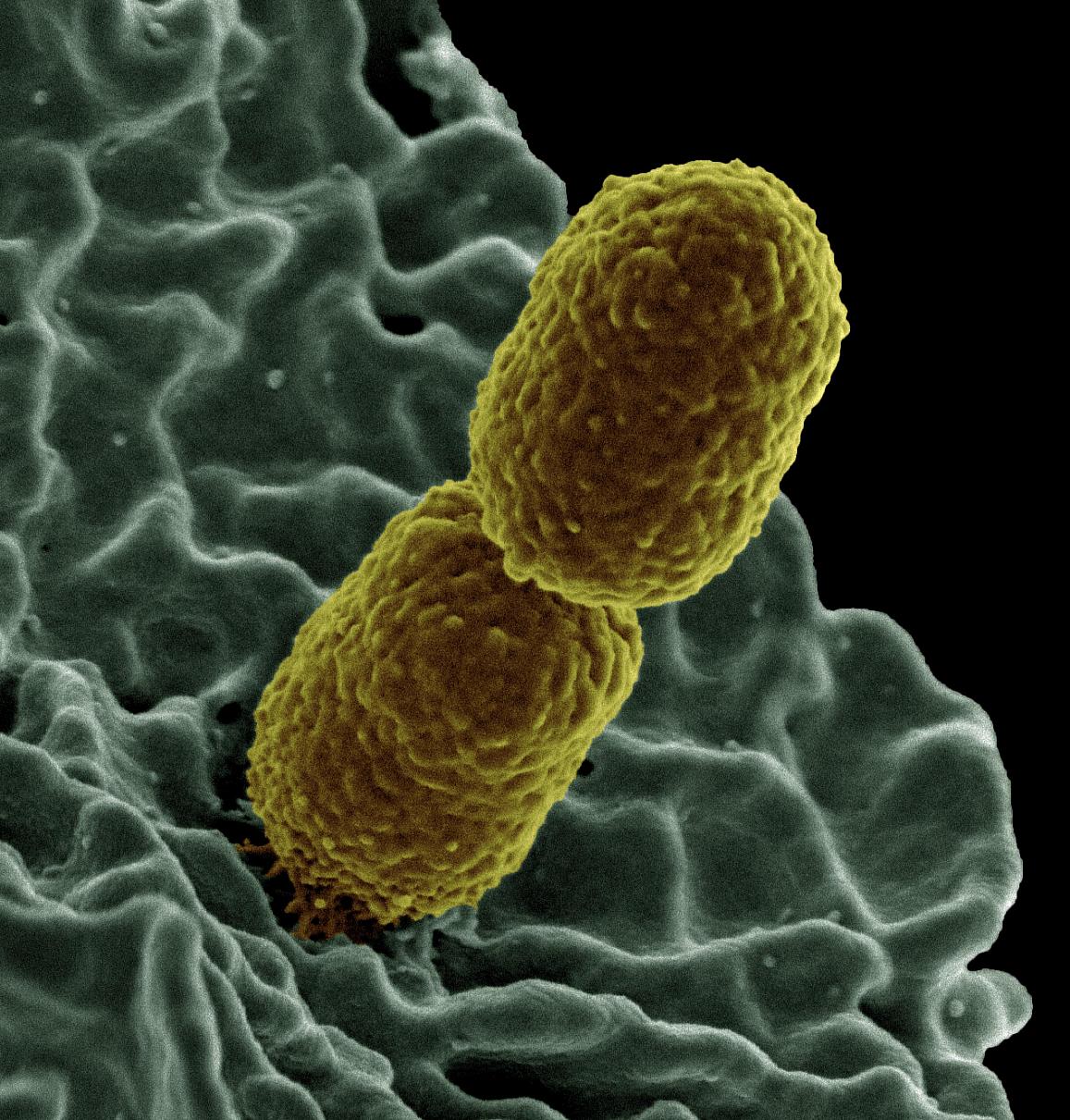 Researchers at the National Institutes of Health’s National Center for Advancing Translational Sciences (NCATS), Clinical Center and National Institute of Allergy and Infectious Diseases (NIAID) have created a new way to identify drugs and drug combinations that may potentially be useful in combating infections that are resistant to many different antibiotics. They developed an assay (test) to rapidly screen thousands of drugs to determine how effective they were against a variety of types of resistant bacteria.

NCATS scientist Wei Zheng, Ph.D., and NIH colleagues Peter Williamson, M.D., Ph.D., of NIAID, and Karen Frank, M.D., Ph.D. of the Clinical Center, used the test to screen approximately 4,000 approved drugs and other biologically active compounds, identifying 25 that suppressed the growth of two drug-resistant strains of Klebsiella pneumoniae that have become resistant to most major types of antibiotics. Drug-resistant Klebsiella has been a source of fatal infections in many hospitals across the country.

The new screening test applies high-throughput screening technology to examine thousands of drugs and compounds that inhibit bacterial growth. The 25 newly identified drugs and compounds consisted of 11 U.S. Food and Drug Administration-approved drugs, and 14 drugs still under investigation. They include antibiotics, antifungals, antiseptics, and an antiviral, antimalarial and anticancer drug/compound.

“The results are very promising, and we think that the test can eventually help repurpose approved drugs and other compounds and find clinically relevant drug combinations that can be approved for to use in different ways that we have never used before,” Zheng said. “We’re hoping this approach will lead to approvable, effective ways to combat dangerous infections by drug-resistant bacteria.”

In recent years, an alarming number of increasingly drug-resistant and sometimes life-threatening bacterial strains have begun to emerge, especially in the hospital setting. For the most part, hospitals don’t have the capability to quickly test large numbers of drugs — and combinations of drugs — against drug-resistant bacterial infections, Zheng said.

The researchers realized that simply identifying the 25 active drugs and compounds would not be enough to potentially help patients with a drug-resistant infection. Some of the compounds were only weakly active, and at low and ineffective concentrations.

The researchers decided to look for combinations of drugs that might work against the drug-resistant bacteria. They paired newly identified drugs from the repurposing screen with a standard-of-care antibiotic that did not work by itself. The goal was to make the drug-resistant Klebsiella pneumoniae sensitive again to a standard-of-care antibiotic.

That’s just what the scientists found. They identified four sets of two-drug combinations that suppressed the growth of multidrug-resistant Klebsiella pneumoniae. Those antibiotics that previously were inactive due to resistance now became active against Klebsiella pneumoniae in the presence of the second drug.

For example, while the antibiotic colistin is completely ineffective against drug-resistant Klebsiella pneumoniae, they showed that combining colistin with the drug doxycycline reversed the drug resistance.

The researchers also examined three-drug combinations of broad-acting antibiotics that may be given immediately in the clinic to patients with severe infections, when doctors have little time to make decisions. They screened for 10 commonly seen drug-resistant bacterial strains.

Zheng thinks that the screening test could become an important addition to the clinician’s toolbox, though commercialization is still some time away. “It can provide crucial information for a rapid response to emerging infectious diseases,” he said.

Story from the National Institutes of Health. Please note: The content above may have been edited to ensure it is in keeping with Technology Networks’ style and length guidelines.