Complete the form below to unlock access to this Audio Article: "Preventing Crystallization to Improve Drug Efficiency"

"Each year, pharmaceutical companies refuse many drugs during early stages of their development because of their poor solubility in the body which prevents their efficient uptake by the human body" explains Esther Amstad. In collaboration with a Harvard University team, she has developed a process that increases the solubility for example of drugs. The findings are encouraging: "With this technique, we can increase the solubility of these drugs more than ten-fold."

How is this possible? Most drugs have a crystalline molecular structure, meaning that the molecules are arranged very regularly. However, these drugs would be much more soluble, if their structure was amorphous, meaning, molecules are arranged randomly. The challenge was to find a way to prevent the crystallization of these drugs without blending them with crystallization-inhibiting additives that decrease the drug loading and add complexity to the formulation of these drugs. 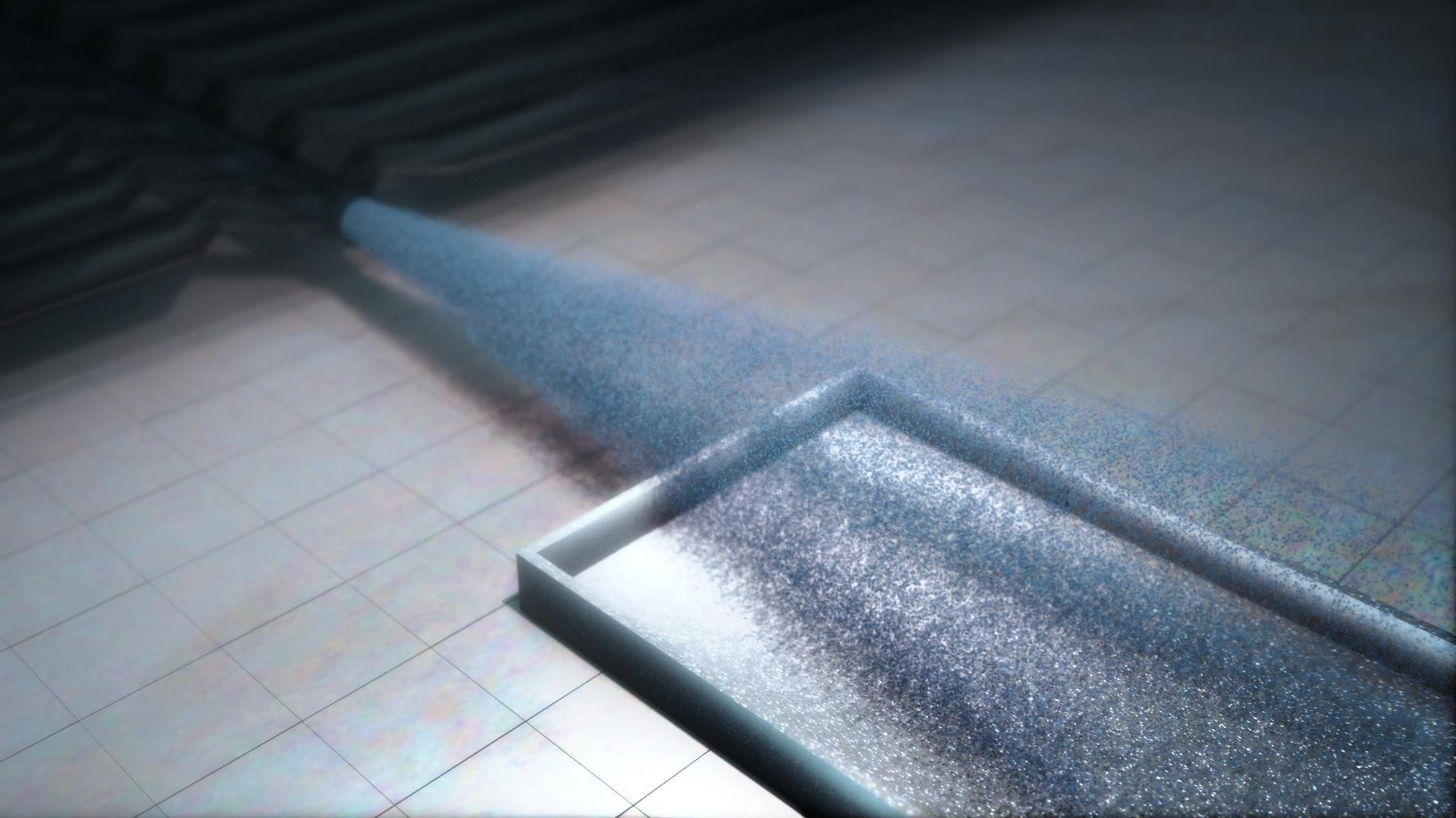 Twice the speed of sound

"You have to imagine that the molecules will naturally group themselves in a crystalline form, if they are formulated using standard procedures, as molecules have enough time to arrange regularly. The method developed to suppress this process is very innovative," said Esther Amstad. In fact the crystals are dissolved in a liquid solution, such as ethanol. A microfluidic nebulizer, developed specifically to produce very small nanoparticles, creates drops in a stream of air that flows with a speed of 600 meters per second (almost twice the speed of sound). These drops are formed in a 2cm long pipe, thin as a human hair. The very fast airflow results in a fast evaporation of the alcohol drops. Indeed, drops dry so quickly, that molecules do not have time to arrange; as a result, crystals cannot form. Thus, the spray-dried particles are amorphous. Moreover, as these particles are very small, they also dissolve quickly, further facilitating their uptake by the body.

This technique to produce amorphous nanoparticles is not yet ready to be industrialized. It requires one hour to transform 5 milligrams of material into amorphous nanoparticles. However, potential applications are numerous, especially in pharmacology. The increase in solubility of drugs means that the body will be able to absorb more active ingredients. This will reduce the amount of a medicament required to act against a given disease. It could also be applied to the food industry.

Thanks to their higher solubility, the body can more readily take up these amorphous particles. This should reduce the amount of active ingredients released through the urine, which eventually reaches lakes or groundwater. "Although this was not the main goal of the project, this is a beneficial side-effect.” said Esther Amstad.

This process to suppress crystallization could have very interesting perspectives for fundamental research. "Through this process we can make different kinds of amorphous materials, and thus study for example their magnetic or optic properties." Currently, Esther Amstad and her team use this method to study early stages of crystallization. These early stages are very difficult to study experimentally as they require a high spatial and temporal resolution. Hence, early stages of crystallization of certain materials, such as one of the most prevalent inorganic biomaterial, calcium carbonate (CaCO3), which is contained in seashells and chalk, are still unknown. Yet, they are important in as they strongly affect the structure of the final crystal, which influences its properties.