The findings will likely fuel more research into the brain effects of BET inhibitors, and could lead to the development of safer drugs that reduce the risk of potential side effects such as memory loss.

First author Erica Korb, a postdoctoral fellow in Allis’s lab, says the compound they tested in the study has the ability to cross into the brain from the bloodstream. However, this may not be the case for other drug variants tested in patients. Several companies are testing the inhibitors using unique formulations that they’ve optimized in proprietary ways — for example, by adding chemical groups to make a compound more targeted or effective — which might make it more difficult for the drug to cross the blood-brain barrier. 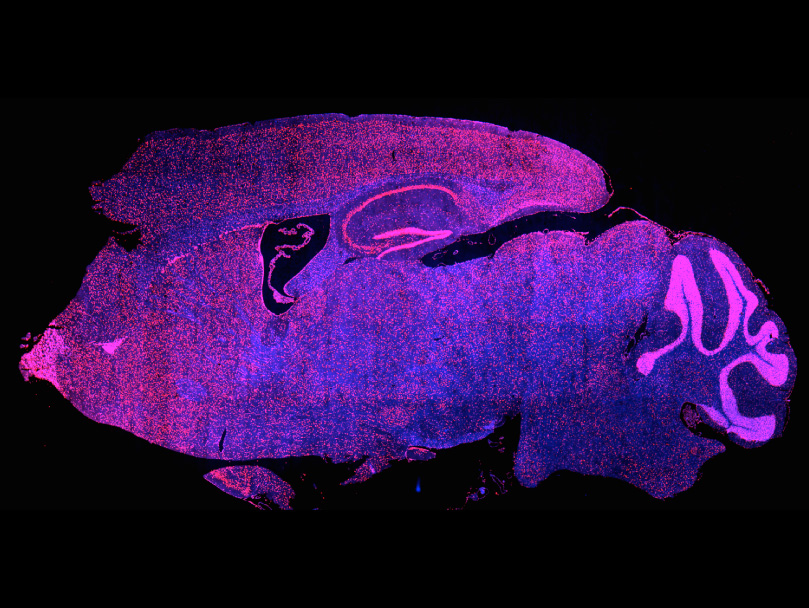 Many patients with hard-to-treat cancers have already received these experimental drugs. The Rockefeller scientists say their findings suggests more research is needed to determine whether the therapies can enter the brain, since that could potentially cause some unwanted side effects. “We found that if a drug blocks a BET protein throughout the body, and that drug can get into the brain, you could very well produce neurological side effects,” says Korb.

Allis, Korb, and their colleagues decided to test BET inhibitors in the brain. BET proteins help regulate the process of transcribing genes into proteins, a key step in cell division. Since neurons divide less frequently than other cell types, scientists hadn’t given much consideration to the role of BET proteins in the brain, says Korb.

During the study, the researchers used a compound that was designed to thwart the activity of a specific BET protein, called Brd4. They used the original version of the drug, called Jq1, says Korb, which they knew could cross the blood-brain barrier.

The researchers added the drug to mouse neurons grown in the laboratory, then stimulated the cells in a way that mimicked the process of memory formation. Normally, when neurons receive this type of signal, they begin transcribing genes into proteins, resulting in the formation of new memories — a process that is partly regulated by Brd4. “To turn a recent experience into a long-term memory, you need to have gene transcription in response to these extracellular signals,” says Korb.

Indeed, when the researchers stimulated mouse neurons with signals that mimicked those they would normally receive in the brain, they saw massive changes in gene transcription. But when they performed this experiment after adding Jq1, they saw much less activity. “After administering a Brd4 inhibitor, we no longer saw those changes in transcription after stimuli,” says Korb.

To test how the drug affected mice’s memories, researchers placed the animals in a box with two objects they’ve never seen before, such as pieces of lego or tiny figurines. Mice typically explore anything unfamiliar, climbing and sniffing around it. After a few minutes, the researchers took the mice out of the box. One day later, they put them back in, this time with one of the objects from the day before and another, unfamiliar one.

Mice that received the placebo drug were much more interested in the new object, presumably because the one from the day before was familiar. But mice treated with Jq1 were equally interested in both objects, suggesting they didn’t remember the previous day’s experience.

Next, the researchers took their findings one step further. If Jq1 reduces molecular activity in the brain, they asked, could it help in conditions marked by too much brain activity, such as epilepsy?

Brd4 regulates a receptor protein present at the synapse, a structure where two neurons connect and transmit signals. When the researchers administered the Brd4 inhibitor, they saw decreased levels of that receptor, which likely results in neurons firing less frequently. Next, they gave the drug to mice for a week, then added a chemical that induces seizures.

The experiment showed that mice that received Jq1 had a much lower rate of seizures than those given a placebo drug. “In the case of the epileptic brain, when there’s too much activity and neurons talking to each other, this drug could be potentially be beneficial,” says Korb. “Extending the use of these drugs into non-cancer diseases, including neurological disorders, is a largely unexplored area with much potential,” Allis adds.