Recovering addicts often grapple with the ghosts of their addiction—memories that tempt them to relapse even after rehabilitation and months, or even years, of drug-free living. Now, scientists from the Florida campus of The Scripps Research Institute (TSRI) have made a discovery that brings them closer to a new therapy based on selectively erasing these dangerous and tenacious drug-associated memories.

“We now have a viable target and by blocking that target, we can disrupt, and potentially erase, drug memories, leaving other memories intact,” said TSRI Associate Professor Courtney Miller. “The hope is that, when combined with traditional rehabilitation and abstinence therapies, we can reduce or eliminate relapse for meth users after a single treatment by taking away the power of an individual’s triggers.” 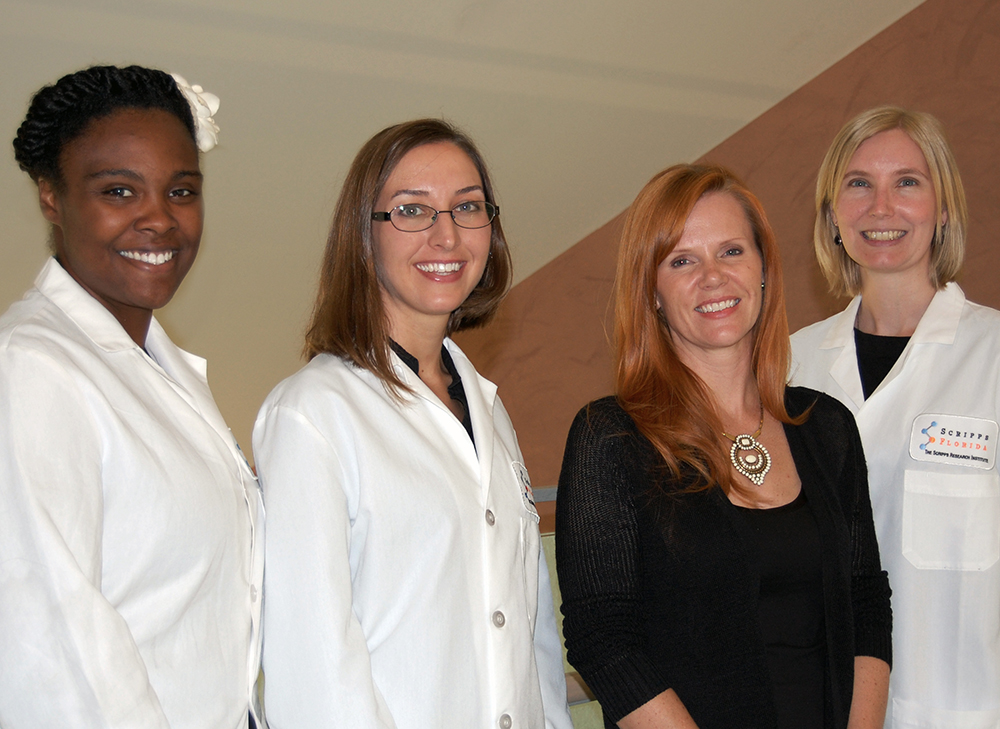 The new stud , demonstrates the effectiveness of a single injection of an early drug candidate called blebbistatin in preventing relapse in animal models of methamphetamine addiction.

The new study builds on previous work in Miller’s lab. In 2013, the team made the surprising discovery that drug-associated memories could be selectively erased by targeting actin, the protein that provides the structural scaffold supporting memories in the brain. However, the therapeutic potential of the finding seemed limited by the problem that actin is critically important throughout the body—taking a pill that generally inhibits actin, even once, would likely be fatal.

In the new study, Miller and her colleagues report a major advance—the discovery of a safe route to selectively targeting brain actin through nonmuscle myosin II (NMII), a molecular motor that supports memory formation. To accomplish this, the research used a compound called blebbistatin that acts on this protein.

The results showed that a single injection of blebbistatin successfully disrupted long-term storage of drug-related memories—and blocked relapse for at least a month in animal models of methamphetamine addiction.

“What makes myosin II such an exciting therapeutic target is that a single injection of blebbistatin makes methamphetamine-associated memories go away, along with dendritic spines, the structures in the brain that store memory,” said Research Associate Erica Young, a member of the Miller lab and a key author of the new study, along with Research Associates Ashley M. Blouin and Sherri B. Briggs.

Blouin added, “Drugs targeting actin usually have to be delivered directly into the brain. But blebbistatin reaches the brain even when injected into the body’s periphery and, importantly, the animals remained healthy.”

Moreover, the effect of this novel treatment approach was specific to drug-associated memories (not affecting other memories), and the animals were still able to form new recollections.

“Our results argue for developing small molecule inhibitors of nonmuscle myosin II as potential therapeutics for relapse prevention, and that’s exactly what we’re doing with our colleagues here at Scripps with expertise in drug development,” said Briggs.