The National Institutes of Health (NIH) has awarded $346,000 to Worcester Polytechnic Institute (WPI) for a three-year research project to advance development of a chemical process that could significantly improve the ability to design new pharmaceuticals and streamline the manufacturing of existing drugs.

Led by Marion Emmert, PhD, assistant professor of chemistry and biochemistry at WPI, the research program involves early-stage technology developed in her lab that may yield a more efficient and predictable method of bonding a vital class of structures called aromatic and benzylic amines to a drug molecule.

"Seven of the top 10 pharmaceuticals in use today have these substructures, because they are so effective at creating a biologically active compound," Emmert said. "The current processes used to add these groups are indirect and not very efficient. So we asked ourselves, can we do it better? " 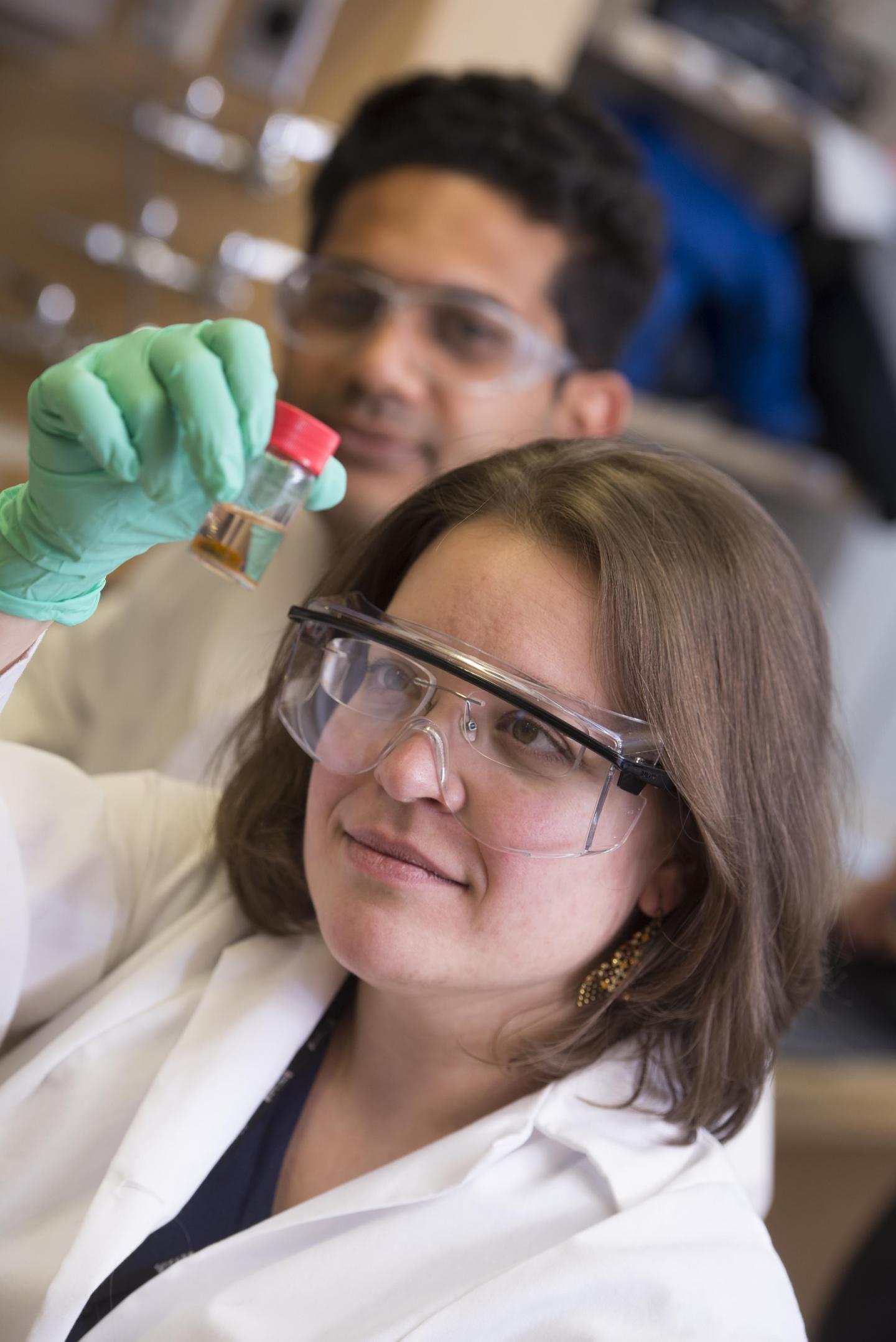 For a drug to do its job in the body it must interact with a specific biological target and produce a therapeutic effect. First, the drug needs to physically attach or "bind" to the target, which is a specific part of a cell, protein, or molecule. As a result, designing a new drug is like crafting a three-dimensional jigsaw puzzle piece that fits precisely into an existing biological structure in the body. Aromatic and benzylic amines add properties to the drug that help it bind more efficiently to these biological structures.

Getting those aromatic and benzylic amines into the structure of a drug, however, is difficult. Traditionally, this requires a specialized chemical bond as precursor in a specific location of the drug's molecular structure. "The current approach to making those bonds is indirect, requires several lengthy steps, and the outcome is not always precise or efficient," Emmert said. "Only a small percentage of the bonds can be made in the proper place, and sometimes none at all."

Emmert's new approach uses novel reagents and metal catalysts to create a process that can attach amines directly, in the right place, every time. In early proof-of-principle experiments, Emmert has succeeded in making several amine bonds directly in one or two days, whereas the standard process can take two weeks with less accuracy. Over the next three years, with support from the NIH, Emmert's team will continue to study the new catalytic processes in detail. They will also use the new process to synthesize Asacol, a common drug now in use for ulcerative colitis, and expect to significantly shorten its production.

"Some of our early data are promising, but we have a lot more work to do to understand the basic mechanisms involved in the new processes," Emmert said. "We also have to adapt the process to molecules that could be used directly for drug development."