Researchers have discovered a novel, short isoform of the protein angiotensin-converting enzyme 2 (ACE2).

The study, published in Nature Genetics, shows that although interferon therapy increases levels of ACE2 – the receptor used by SARS-CoV-2 to gain entry inside human cells – it largely increases levels of a shorter isoform. This isoform lacks high-affinity binding sites for SARS-CoV-2’s spike (S) glycoprotein, meaning the virus is unable to associate with it.

What is an isoform?

Protein isoforms can arise from the same gene but possess distinct amino acid sequences and functional properties. They can originate from point mutations, alternative splicing of mRNA, or post-translational modifications.

Until now, there has been confusion surrounding the potential influence that interferons have on COVID-19 risk and disease severity.

Interferons have been suggested as a potential therapeutic strategy against COVID-19 due to their antiviral properties. Positive study results have previously been reported in patients with COVID-19. For instance, the inhaled interferon-β therapy SNG001 was investigated in a Phase II study of 101 hospitalized COVID-19 patients. Results showed that patients treated with SNG001 were more than twice as likely to recover over the course of the treatment period compared to those receiving placebo.

However, research has also shown that the ACE2 gene could be an “interferon-stimulated gene”. This suggests that treatment with interferon therapy might lead to an increase in ACE2 expression and subsequent increased risk of SARS-CoV-2 infection, potentially exacerbating COVID-19 disease.

This new data suggesting that it is predominantly the shorter isoform of ACE2 that is upregulated in response to interferon therapy alleviates concern about the previously proposed risk of increased ACE2-mediated entry. 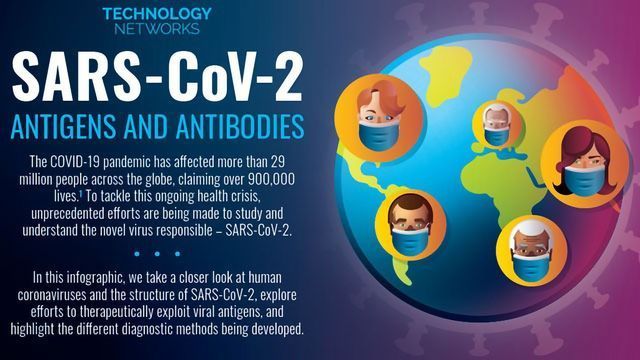 END_OF_DOCUMENT_TOKEN_TO_BE_REPLACED

SARS-CoV-2 cellular entry and fusion is mediated by the virus’s S glycoprotein. The S glycoprotein binds to the ACE2 receptor, located on the surface of the host cell surface, via its receptor-binding domain. The process relies on the cleavage of the extracellular domain of ACE2 by a protease called TMPRSS2 and the internalization of the transmembrane domain of ACE2 within the virus. Once inside, SARS-CoV-2 hijacks the cell, unloading its genetic information, enabling it to produce new virions.

The team was able to demonstrate that although the short version of ACE2 was substantially upregulated in response to interferon stimulation and rhinovirus infection, no sizable increase in expression was observed in response to SARS-CoV-2 infection. This implies that the short ACE2 isoform has an alternative role compared to the longer isoform. For example, its regulation by interferons may be implicated in the anti-viral response of the body, rather than permitting viral entry.

Prof. Donna Davies, the corresponding author of the study, elaborated on some of the techniques used to discover and investigate the ACE2 isoform: "We used a range of bioinformatics approaches and wet lab methods such as RT-PCR and western blotting, but the key to the success of our work was our ability to work with fully differentiated primary nasal and bronchial epithelial cells which express the novel ACE2 isoform at much higher levels than standard cell lines and of course, are highly relevant as the main targets for infection for SARS-CoV-2."

The authors noted that the “discovery of short ACE2 may have important consequences for the design of therapeutic approaches targeting ACE2 to tackle COVID-19”. In addition, they also suggest that the study findings could impact those investigating differences in the levels of ACE2 expression along airway epithelia, and variation across age groups and disease groups.

"We were excited to discover a new form of ACE2 and became even more interested when we realized that may be protective against SARS-CoV-2 in the airways rather than an entry site for infection. We believe this may have important implications for managing COVID-19 infection and we are starting further studies to investigate this further," said Jane Lucas, one of the lead authors of the study, in a recent press release.

"We really need to understand the function of the novel ACE2 isoform in airway epithelial cells and to determine the relevance of its regulation by interferons," said Davies, in relation to the team's planned follow-up studies.