Complete the form below and we will email you a PDF version of "AACR 2016: Cancer Immunotherapy and Beyond" 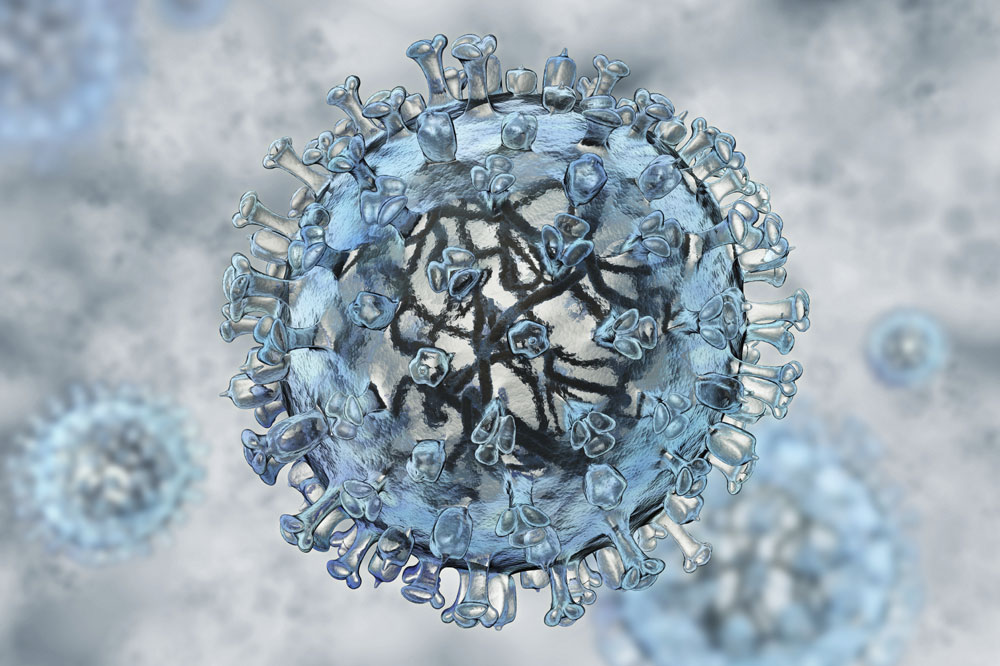 By all accounts, this year’s American Association of Cancer Research’s 2016 annual meeting (AACR) was dominated by immunotherapy writ large. Which is not to say the meeting was devoid of other topics – there was certainly palpable buzz around subjects ranging from microbiomics to the tumor microenvironment and cancer vaccines, big data to in vitro and in vivo modeling and drug delivery (to name just a few), that kept the meeting’s 19,500 attendees rapt in New Orleans April 16-20. Yet in the 12-13 years that David R. Soto-Pantoja, Ph.D., has been attending AACR, the Wake Forest University School of Medicine assistant professor of Cancer Biology has “never seen anything take over so much like immunotherapy.”

That being said, it’s not always easy to put cancer research into neat little boxes. Researchers interested in cell signaling, and oncologists concerned with genomics, may have found themselves in sessions dedicated to finding and exploiting neo-antigens (one of immunotherapy’s buckets). 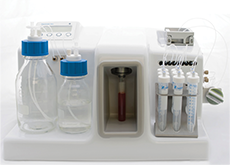 The Parsortix cell separation system captures very rare cells from blood. This includes circulating tumor cells (CTCs) in cancer patient blood – even when there is less than one CTC in one billion healthy cells. The resulting liquid biopsy enables investigation of mutations in cancers potentially enabling personalized cancer care.

For years there have been certain pillars used to target cancer: chemotherapy, surgery, radiation therapy, and more recently targeted therapies. “And now immunotherapy,” says Wafik El-Deiry, M.D., Ph.D., Deputy Director for Translational Research at the Fox Chase Cancer Center. “This is an emerging and expanding field that is going to be very intensely explored in every direction you can imagine. I wouldn’t even try to pretend that we know what all the buckets are at this point.”

One known bucket that  isfast being filled is the area of checkpoint inhibitors (checkpoint blockades). Over the past few years several therapeutics have been developed that had to do with getting the immune system to either better recognize, better target, or better fight, a tumor, with some success. Recall that last year former president Jimmy Carter, earlier diagnosed with metastatic melanoma, was declared “cancer free” following treatment with radiation and an antibody targeted against the immune programmed cell death – 1 (PD-1) antigen. PD-1 keeps the immune cells in check; blockading PD-1 de-inhibits, or “releases the brakes” of these cells and allow them free rein to attack the cancer. Encouraging results from several trials and follow-ups of PD-1 and other checkpoint inhibitors, such as anti-PDL-1 and anti-CTLA-4, were presented. These are in some cases being combined for even greater efficacy.

In addition to trials, “a lot of people, whether in posters or in other smaller talks, delve into the scientific mechanism at the cellular and immunological level of how those worked,” remarked Emil Lou, M.D., Ph.D., assistant professor of Medicine in the Division of Hematology, Oncology and Transplantation at the University of Minnesota.

Another bucket  receiving many contributions is the area of CAR-T cells: T cells imbued with a chimeric antigen receptor. T cells that have been harvested from a patient are given a receptor that will recognize a new protein – CD-19, found on B cells, for example – expanded, and re-infused (adoptively transferred) back into the patient to attack the cancer -- B cell lymphomas, in the present example. There were many hurdles and pitfalls to be overcome – from finding the right antigen and designing the CAR, to controlling the CAR-T cell’s response – yet the field “has gone at such a rapid pace that it’s very clinically relevant,” says Dr. Lou.

Much familiar (and not-so-familiar) technology, such as high content (phenotypic) screening platforms like the IntelliCyt, is being leveraged to help with array testing, selection, and even manufacturing of CAR-T cells, says Janette Phi, the company’s CBO.

Miltenyi Biotec touted their CliniMACS Prodigy, a benchtop-sized automated cell processing and separation platform, for manufacturing CAR-T cells. It can take a patient’s cells from apheresis and selection on beads, through viral transduction to final product “in 8-10 days,” says clinical instrument specialist Kevin Longin. “It’s a GMP lab without a GMP lab.”

But making bespoke CAR-Ts is a “very expensive approach,” notes Dr. Soto-Pantoja. There were discussions at the meeting about generating off-the-shelf CAR-T cells.

One way to do this is to use gene editing techniques such as CRISPR/Cas9 to knock out the proteins that could cause rejection of these foreign cells by the patient’s own immune system, or graft-versus-host disease (in which the introduced cells treat the host as foreign).

CRISPR has really become a hot buzz word, says Dr. Lou. “More from the basic science side, and slowly making its way into the clinical talks – it’s not ready for prime time.” While gene editing spins off a different conversation about ethics – people are hesitant about its capacity to create designer babies -- he notes that “in cancer it’s helpful to be able to study and reproduce the genes that are driving cancer, in the lab.”

CRISPR is not just for knocking genes in or out, either. In his plenary talk, MIT’s W. M. Keck Career Development Professor of Biomedical Engineering Feng Zhang, Ph.D., discussed a host of other uses to which his lab and others have put the CRISPR/Cas9 system and its relatives. They can be used to create selective transcriptional activation or repression, for example, to recruit epigenetic writers, erasers, and readers, to edit RNA transcripts, and even to identify non-coding regions of the genome.

Neo-antigens and Other Biomarkers

Gene therapy and gene editing are not the only ways in which the complement of expressed proteins is altered. Among the hallmarks of cancer is genetic mutation of oncogenes, tumor suppressor genes, and others – whether as point mutations, duplications, insertions and deletions (indels), or fusions. Because they’re mutated and encode other amino acids, they are “foreign” and may be recognized by the immune system as such, Dr. El-Deiry points out. “One needs to analyze these neo-antigens -- to figure out what they are – as well as to analyze the various immune cell subsets that may react with those neo-antigens.” There are many tools that researchers are using to do just that, and there was no shortage of vendors from instrument and assay manufacturers and software developers to service providers – in areas like next-generation genomic sequencing (for both genomics and transcriptomics) and its associated preparatory and analytics, flow cytometry, and antibody development, to name just a few – vying for the attention of AACR conventioneers.

Neo-antigens are, of course, only one mark of a cancerous cell or tissue. In fact, most biomarkers used to diagnose or track cancers in the lab or the clinic rely on “signatures” -- collections of multiple markers, each of which in and of themselves may be considered within the normal range but taken together (at the levels expressed) correlate with disease, prognosis, or likely response to treatment. Many panels, available on different platforms, are currently approved for clinical testing and others are working toward that goal.

It's important to realize that cancers are often not static – they evolve, often as the result of treatment, sometimes selecting for a resistant population. “We’re trying to overcome the mistake of treating a patient’s cancer, after their tumor has grown despite different types of chemotherapies, based on what the information was at the time of diagnosis, when in reality the tumor has potentially transformed into something different,” relates Dr. Lou. Serial biopsies under the auspices of clinical trials, mostly in lung cancer, have revealed the evolution of cancer genomics and an understanding of how to better target therapy to the patient’s tumor at the time of recurrence and progression.

But taking a biopsy is an invasive and sometimes risky procedure.

It has been known for many years that cells, nucleic acids, and even vesicles derived from tumors can be found in blood and other fluids. “The idea that we can biopsy less invasively by using blood-based biomarkers is really coming to maturity just in the last two years or so,” says Dr. Lou. There is currently a lot of excitement about the possibility of using these as liquid biopsies to “provide a window into the cancer,” says Shane Booth, D. Phil., CTO of Angle LLC. They can look for the presence or evolution of a tumor, for example to monitor the effect of therapy.

Only a single circulating tumor cell (CTC) platform, CELLSEARCH, has thus far been approved for clinical use. Dr. Booth estimates that there are currently perhaps 20-30 different companies with technologies to isolate CTCs, most (like CELLSEARCH) based on affinity capture or (like Angle’s Parsortix platform) on “very sophisticated, bleeding-edge filtration techniques”. These differ from each other in a variety of ways including whether the platform performs analysis, whether it is specific or agnostic to the type of cancer, whether cells can be recovered (and whether they can be recovered alive) for downstream use, the purity of CTCs, and the sample preparation required.

Caris Life Sciences’ ADAPT Biotargeting System can profile the different proteins, miRNAs, and DNA found in exosomes. “It’s still early times, but these kinds of test will in the future be used to try and make some predictions about prognosis or response to therapy,” says Dr. El-Deiry.

If there was a theme (implicitly) pervading AACR 2016 more than that of immunotherapy it was that of personalized medicine (aka precision medicine, individualized medicine). From genomic sequencing to determine whether a patient will benefit from (or be harmed by) a given therapy, to examining the microenvironment in which a tumor is found, one size no longer fits all.

The challenge, notes Dr. Soto-Pantoja, is to take the results seen in cases such as checkpoint inhibitor therapy, in which about one third of patients are seen to benefit, and figure out how to extend that to other patients and apply that to other types of cancer.

Josh Roberts is a freelance writer living in Minneapolis.

Complete the form below to unlock access to this Audio Article: "AACR 2016: Cancer Immunotherapy and Beyond"