Complete the form below and we will email you a PDF version of "Alternative Splicing: Importance and Definition"

Discovered in the 1970s, the mechanisms of RNA splicing have been well characterized through numerous studies in eukaryotic and prokaryotic systems.1,2,3 RNA splicing is a biochemical process involving the removal of non-coding sequences (introns) from newly made mRNA transcripts. In this article, we describe the mechanisms of alternative splicing and further explore its role in molecular biology.

What is alternative splicing?

Alternative splicing is a molecular mechanism that modifies pre-mRNA constructs prior to translation. This process can produce a diversity of mRNAs from a single gene by arranging coding sequences (exons) from recently spliced RNA transcripts into different combinations. The mRNA transcripts created from alternative splicing can translate into varying amino acid sequences that produce protein isoforms with different functions. The mechanisms that regulate alternative splicing play a fundamental role in gene expression due to their spatial and temporal functions throughout biology.4

What are the mechanisms of alternative splicing?

Prior to RNA splicing, RNA polymerase II produces pre-mRNA transcripts by transcribing gene sequences into a collection of non-coding introns and protein-coding exons. When these pre-mRNA sequences undergo constitutive splicing, the removal of introns is followed by the joining of exons in their DNA-corresponding order. Alternative splicing deviates from this process through mechanisms that rearrange the pattern of exons into alternative coding sequences that translate to different proteins. 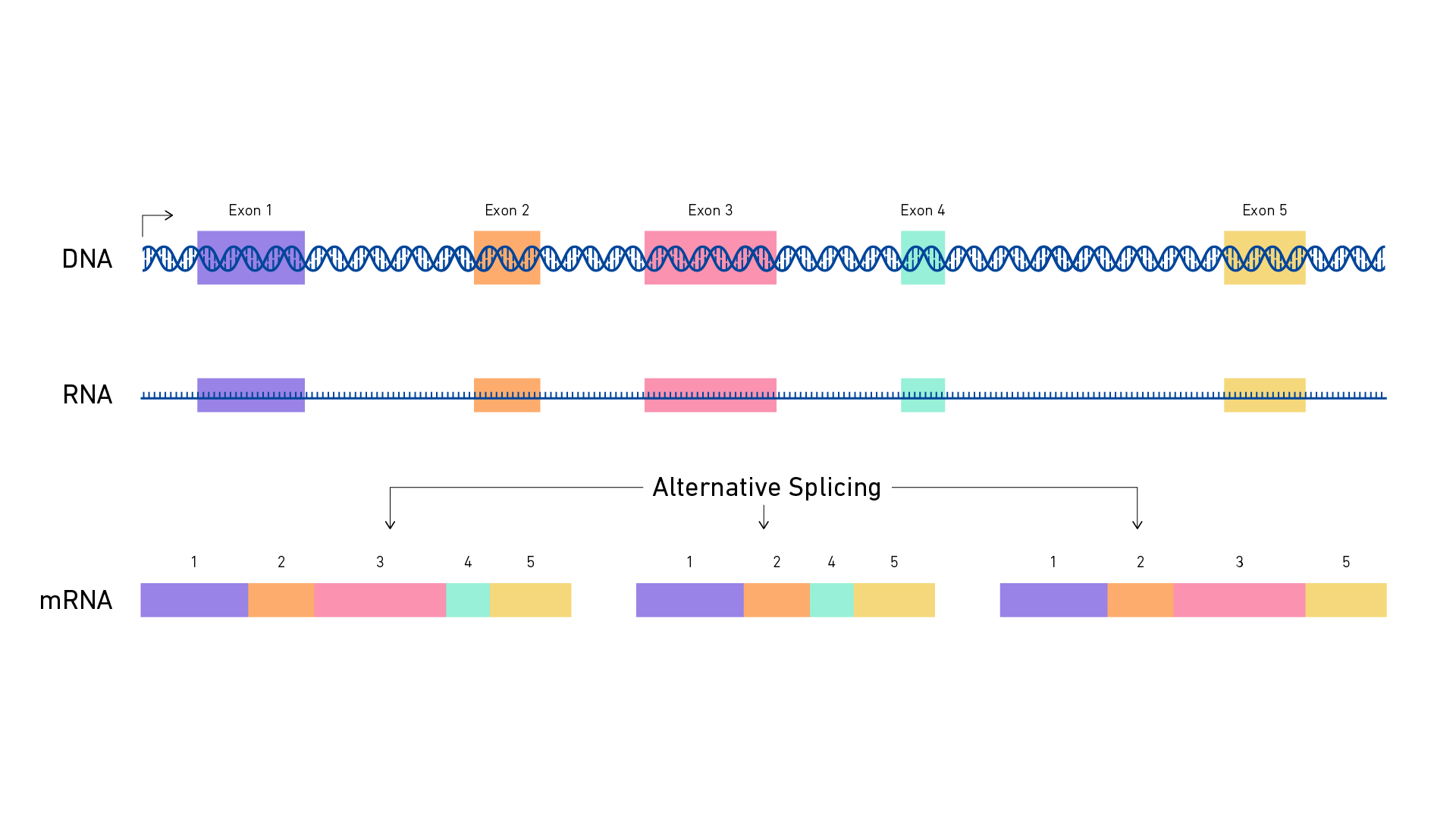 Figure 1: An overview of alternative splicing. This process can produce a diversity of mRNAs from a single gene by arranging coding sequences (exons) from recently spliced RNA transcripts into different combinations.

The production of different proteins from a single gene results from the interplay between RNA-binding proteins (RBPs) and splice sites located throughout the pre-mRNA transcript.5 The primary RBP directly involved in alternative splicing is the spliceosome, a multi-unit complex consisting of small nuclear RNAs (snRNAs) and various proteins. Once the spliceosome snRNAs recognize splicer sites along the pre-mRNA construct, the splicing proteins within this complex can alternate exons and remove introns accordingly.

What are the most common types of alternative splicing? 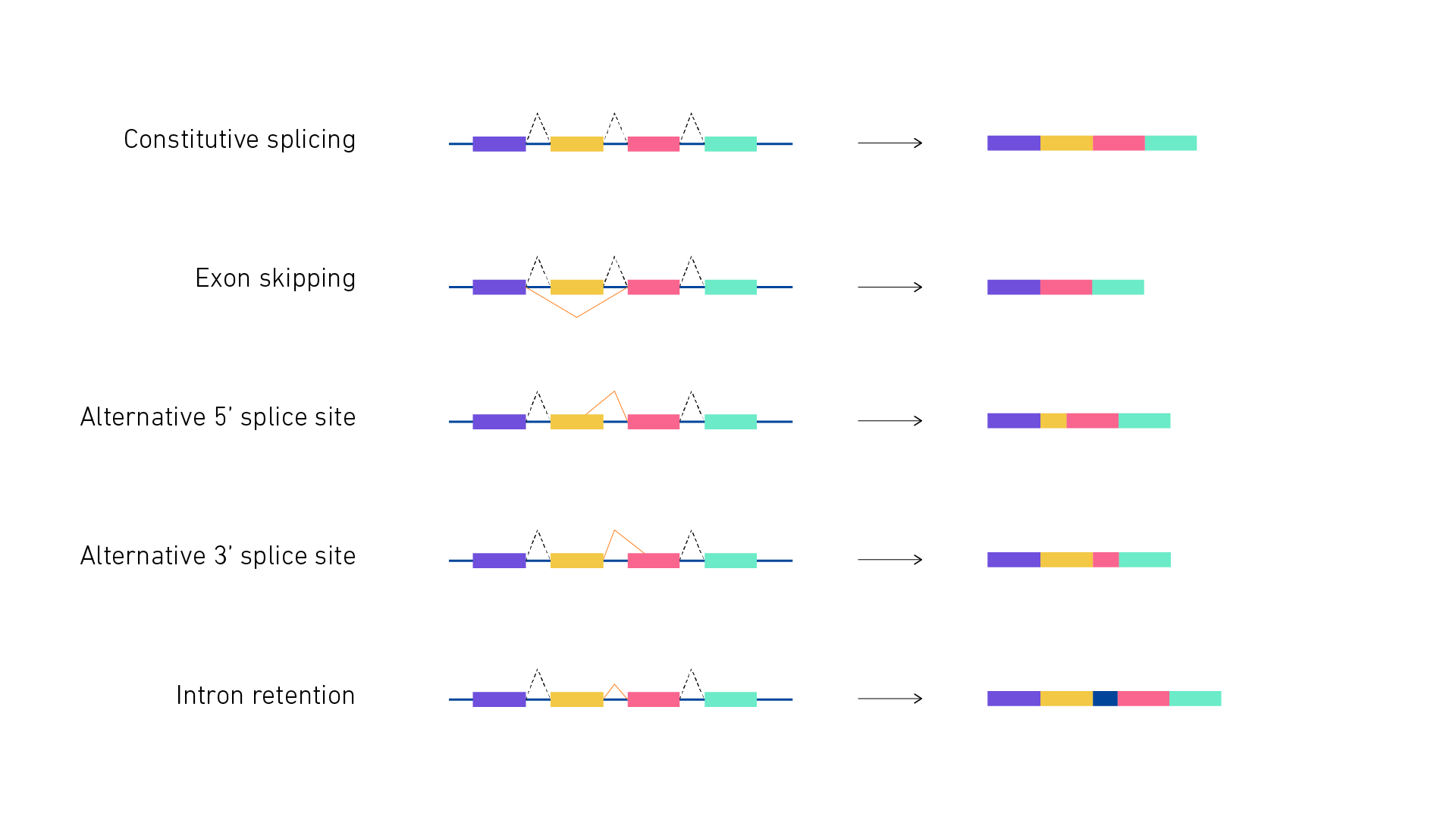 Figure 2: An overview of some of the most common types of alternative splicing.

Here is a breakdown of the most common types of alternative splicing.

While each type of alternative splicing described above is distinct from one another, these events can simultaneously occur after pre-mRNA constructs are formed.

Why is alternative splicing important?

The mechanisms of alternative splicing help to explain how one gene can be encoded into numerous proteins with various functions. This complexity helps drive the cellular differentiation and diversity observed throughout biology.

For example, the muscle protein titin has several forms that result from alternative splicing events.6 During the development of a fetal heart, splicing events generally create Titin mRNA transcripts with alternative exons that translate into long, springy proteins. In adults, these splicing events are altered by RBPs that disrupt the spliceosome as it splices Titin pre-mRNA. The resulting ratio of titin proteins derived from this alternative process leads to a greater number of shorter proteins than its fetal counterpart, an important quality of a healthy adult heart. While examples like this exhibit the physiological importance of alternative splicing, characterization of such events is still an ongoing endeavor for biochemists.

How do we study alternative splicing?

To characterize alternative splicing phenomena in vitro, unique RNA transcripts can be measured by reverse transcription polymerase chain reaction (RT-PCR) methods.7 Once total RNA is extracted from a biological source, unique RNA constructs are detected and quantified by RT-PCR and quantitative PCR (qPCR), respectively. The application of next-generation sequence technology such as RNA-Seq expands our ability to study the role of alternative splicing events through transcriptomics.

Even though RNA splicing was originally discovered in the 1970s, the significance of alternative splicing for humans could not be thoroughly appreciated until the Human Genome Project determined that there are approximately 22,000 protein-coding genes that translate into over 90,000 different proteins.8 The completion of this global project provided a foundation of genomic data for the advancement of subsequent research projects like the Encyclopedia of DNA Elements (ENCODE) and the Human Proteome Project.

Jonathan Dornell, PhD
More from this author >
Advertisement
Chosen for You
Whitepaper