Complete the form below and we will email you a PDF version of "CRISPR: Emerging applications for genome editing technology "

The continuing patent battle for CRISPR-Cas9 licensing rights and the emergence of new editing systems such as Cpf1 has so far done nothing to slow the advance of CRISPR-Cas9 as the leading gene editing system. There are weekly press releases and updates on new advances and discoveries made possible with this technology; the first evidence is now emerging that CRISPR-Cas9 could provide cures for major diseases including cancers and devastating human viruses such as HIV-1.

The key to CRISPR-Cas9’s uptake is its ease of application and design, with retargeting only a matter of designing new guide RNA. It has quickly surpassed TALENs (Transcription Activator-Like Effector Nucleases) and ZFNs (Zinc Finger Nucleases) where editing, now possible with CRISPR, was previously prohibitively complex and time-consuming. As well as correcting gene mutations with scar-less modifications, with CRISPR-Cas9 it is possible to control the expression of entire genes offering longer term expression alteration compared to other methods such as RNAi. 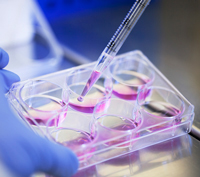 CRISPR-Cas9 systems, tools and basic methodology are very accessible as ready to go toolkits that anyone with lab space and an idea can pick up and start working with. This is thanks largely to the efforts of Addgene and commercial service and product providers. Alongside CRISPR research there are innovations in companion technologies and design software. In response to a growing need, companies such as Desktop Genetics have developed open access software to accelerate CRISPR experimentation and analysis.

It is not all about CRISPR-Cas9 though. Like Cas9, Cpf1 is a DNA-targeting CRISPR enzyme that is also recruited to the target site by sequence homology but with slightly different site requirements. Cpf1 has been reported to be efficient and highly specific in human cells, with low off-target cleavage suggesting a role for Cpf1 in therapeutic applications down the line. Cas13a is an RNA-targeting CRISPR enzyme which is showing promise as a rapid diagnostic tool. Unlike Cas9, the enzyme continues to cut after it has acted on its intended RNA target, a characteristic which has been exploited to develop diagnostic technology for the likes of Zika and Dengue virus. The group behind SHERLOCK (Specific High Sensitivity Enzymatic Reporter UnLOCKing) combined this ‘collateral effect’ of Cas13a with isothermal amplification and produced rapid DNA or RNA detection at attomolar sensitivity and with single-base mismatch specificity.

A particularly active area of CRISPR activity is the genetic manipulation of patient-derived stem cells to create models for diseases including Parkinson’s, cystic fibrosis, cardiomyopathy and ischemic heart disease, to name but a few. With CRISPR it is now possible for researchers to correct disease-causing mutations in patient-derived pluripotent stem cells to create isogenic cell lines to differentiate to any cell type of interest for disease research. Generating these isogenic lines is making it possible, for the first time, to unambiguously show the contribution of gene mutations to a disease phenotype.

Dr Lise Munsie leads the pluripotent stem cell program at CCRM, a Canadian, not-for-profit organisation supporting the development of foundational technologies to support the commercialisation of cell and gene therapies, and regenerative medicine.

Dr Munsie’s program is using CRISPR-Cas9 to produce reporter cell lines (for example with fluorescent protein inserted at a target gene) and isogenic lines from patient iPSCs. In stem cells, CRISPR-Cas9 is introduced with the Cas9 nuclease expressed from plasmid DNA or as purified Cas9 protein and the components are introduced into the cells by transfection or electroporation.

Dr Björn Brändl and his colleagues at the Lab for Integrative Biology at the Zentrum für Integrative Psychiatrie, Universitatsklinikum Schleswig-Holstein, Germany, are also using stem cell gene editing to generate model systems for studying complex neurological disease such as Parkinson’s and dyskinesia by correcting mutation in patient lines and introducing these mutations in control cells lines.

“One of the biggest contributions of CRISPR to research is the ability to create isogenic stem cell lines. With these, we can create relevant disease models with near-perfect negative controls with the same genomic context varying only in the region of interest. Our goal is to compare disease patient lines with corrected lines by differentiating the induced pluripotent stem cells into neurons and studying differences in the phenotypes. In the biomedical field, we currently have a reproducibility crisis, so with clean and effective tools like isogenic pluripotent stem cells lines, we can improve the reproducibility and validity of our findings. One of the biggest challenges is working with the stem cells which are delicate and much more sensitive to the manipulations required for successful gene editing compared to standard cell lines”.

An alarming number of bacteria are now resistant to our most effective antibiotics. The antibiotic resistance crisis has been given more of the attention it deserves thanks to initiatives from the WHO, UN, NICE and others but, in truth, the situation has been critical for over a decade. No new antibiotics have come out of pharma companies in the last 10 years and interest in their development has waned. Pharma companies are reluctant to invest the large sums required to develop new antimicrobials because of the inevitable resistant strains that will quickly follow and subsequent restrictions on their usage to preserve efficacy.

In short, we need a miracle, but the answer could come from CRISPR. Companies such as Nemesis Bioscience and Eligo Bioscience are developing antimicrobial technology and treatments made possible by CRISPR technology. Both technologies use modified bacteriophage as delivery vehicles for CRISPR-Cas9 gene editing systems that target and inactivate either virulence genes or the resistance genes themselves, leaving the rest of the microbiome intact.

Nemesis Bioscience’s ‘Symbiotics’ are based on modified CRISPR-Cas9 which enables highly multiplexed guide RNA targeting. “Our first expression cassettes encode the S. pyogenes Cas9 plus a CRISPR array encoding guide RNAs that can target for inactivation members of 8 families of beta-lactamase genes. We call them the VONCKIST families, these are: VIM, OXA, NDM, CTX-M, IMP, SHV and TEM. The beta-lactamases encoded by these families are able to degrade >100 different types of beta-lactam antibiotics” said Dr Massam.

The symbiotics are delivered by phage ‘Transmids’ – delivery vehicles based on phage architecture that deliver the DNA and then drop off. Once the Symbiotic is inside the bacteria, it can then spread further by conjugation from the edited bacteria to others it encounters, remaining invisible to the immune system. This provides both therapeutic applications as well as prophylactic ones in a probiotic delivery system to disarm the microbiome of antimicrobial-resistant bacteria. The technology is applicable to all bacteria, all antibiotic classes and all known resistance mechanisms and Nemesis have initially targeted resistant E. coli for in vivo testing.

CRISPR-based therapies for human diseases could bring profound benefits to medicine, but there are many hurdles still to overcome. Despite the high degree of specificity of the CRISPR system, the induction of off-target mutations, at sites other than the intended target, is still a major concern especially in the context of therapeutic applications for heritable disease, and there are still considerable safety concerns about using CRISPR in humans. Assays for investigating the intended (on-target) and unintended (off-target) effects of CRISPR guides on in vitro and in vivo models are still in their infancy. The second major challenge is the development of safe carrier systems for CRISPR-Cas9 delivery to human cells in vivo.

Nonetheless, exciting progress is being made in the application of CRISPR gene editing to the treatment of heritable diseases for which there are only symptomatic treatments available, such as retinal myopathy where demonstrated recovery has been reported in a mouse model, and Duchenne muscular dystrophy, where the disease phenotype is reversed in mouse cells in vivo. We will also soon see the completion of the first clinical trials using CRISPR to try and correct genetic defects in vivo, the results of which are eagerly awaited.

The future of CRISPR

There are a growing number of researchers from many disciplines collaborating to bring ambitious CRISPR-based insight, technology and therapeutics into the clinic. As CRISPR continues to undergo technical improvements, the prospects for these applications continues to look promising and as they move rapidly towards reality.