Complete the form below and we will email you a PDF version of "Host Cell Protein Analysis: From Process to Advances to Future"

Biopharmaceuticals have dramatically improved the outcomes for a multitude of diseases affecting the lives of millions of patients. Recombinant insulin is a life-saving treatment for patients with diabetes. Antibody checkpoint inhibitors target inhibitory cell surface markers, unleashing the power of the immune system against cancers to improve patient survival. Recently, during the COVID-19 pandemic, a monoclonal antibody (mAb) cocktail of casirivimab and imdevimab, which target the SARS-CoV-2 spike protein, lowered hospitalization rates and increased survival of patients with SARS-CoV-2 infection. The demonstrated effectiveness of biopharmaceuticals has spurred an increase in the preclinical and clinical development pipeline, leading to many approvals in the drug market. Since the early 1990s, the number of biopharmaceutical approvals in the US and/or Europe rose from an average of 4 annually to 32 in 2018, an 8-fold increase. Furthermore, their share of total drug approvals has doubled in the past decade.

Biopharmaceuticals, or biologics for short, are manufactured using living organisms. They span proteins, such as mAbs, which now dominate the market, to nucleic acids, viral vectors and live cells, such as bioengineered chimeric antigen receptor T (CAR T) cells. mAbs can be manufactured through a variety of different methods, such as recombinant protein technology in host cell culture. “In recombinant technology, the host cell is given the instructions to overexpress the desired mAb,” explained Professor Abraham M. Lenhoff, the Allan P. Colburn professor of chemical engineering at the University of Delaware, of the manufacturing process. “Once it has been expressed to the desired level, the mAb is purified from the host cells through a multi-step process. Typically, this starts with a capture protein A chromatographic step followed by a viral inactivation step and one or more polishing chromatographic steps, which sequentially refine the purification process. Finally, filtration and ultrafiltration eliminate any residual particles. Each consecutive step increases the purity of the desired protein product.”

Despite the carefully designed and developed multi-step purification process, impurities can still contaminate the final biologics product. “Host cell proteins are a major class of impurities, which unfortunately can make it into the final mAb product,” Lenhoff elaborated. “Host cell proteins arise because host cells make their own proteins in addition to the desired mAb. They can either interact or co-elute with the mAb product and vary in the difficulty to eliminate them, rendering the purification process challenging. These host cell proteins are problematic because they can be dangerous to patients and lower the quality of the mAb therapeutic itself.” 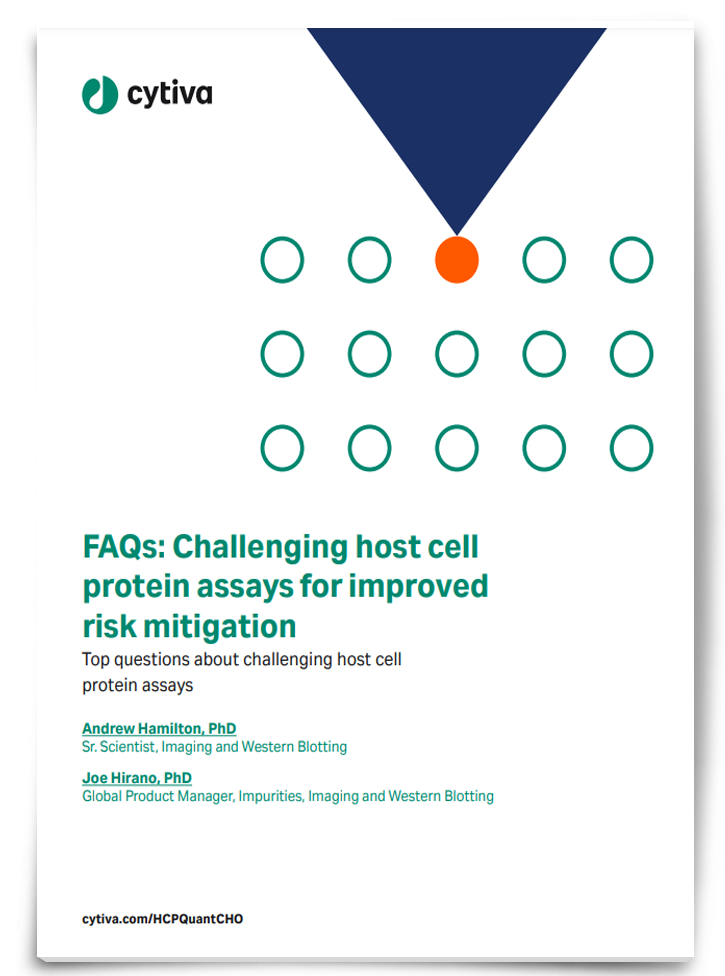 Challenging your HCP assay can improve risk mitigation and strengthen your HCP control strategy. Download this whitepaper to discover the major challenge of developing a generic HCP ELISA, what a good target level of the final concentration of HCP is and more.

The problem of host cell proteins

“Evidently, host cell protein impurities must be eliminated to the greatest extent possible,” Lenhoff continued. “Quality control protocols, developed early in the manufacturing process, monitor host cell protein levels during the mAb purification. ELISA has been the most widely implemented method, either using a validated commercial kit or, as some companies have done, using a specially developed assay.” Increasingly, high-throughput approaches, such as liquid chromatography mass spectrometry (LC-MS) – a proteomic method orthogonal to ELISA – are being adopted for identifying host cell protein. “LC-MS is becoming much more common and is the state of the art in the host cell protein analysis field right now,” Lenhoff said of the technology. “Unlike ELISA, which only quantifies total host cell protein levels in the mAb product, LC-MS can identify specific host cell proteins and has superior coverage. This is important and one of the great benefits of LC-MS because host cell proteins are not all equally damaging to the patient or the stability of the antibody product. Employing LC-MS can help identify when the purification process is not eliminating these particularly problematic species.”

Although LC-MS analysis can now identify host cell proteins in mAb product, it does not address how to eliminate them. Stefano Menegatti, professor at the Department of Chemical and Biomolecular Engineering at North Carolina State University, is tackling this challenging issue. “Earlier biopharmaceutical practice certified mAb batches if residual host cell protein titers were lower than 100 ppm. However, even if mAb batches have acceptable total impurity levels, recent application of advanced analytical techniques, such as proteomic LC-MS, have shown they can still contain an unacceptable amount of so-called high-risk host cell protein impurities.”

High-risk host cell proteins either pose a direct threat to the patient, for example are toxic or immunogenic, or can degrade the antibody or excipient, reducing efficacy. A growing body of literature shows that commercial chromatographic resins struggle to remove specific “persistent” or “problematic” high-risk host cell proteins, both on a process-basis and a product-basis. These persistent high-risk host cell proteins can ultimately be cleared, but it typically requires adding dedicated chromatographic steps, which entails a laborious optimization of the purification process. “This long-winded process can cause delays in process approval and proceeding to clinical trials. Also, the more complex the purification process, the more prone it is to failure, leading to inadvertent host cell protein contamination and the potential recall of mAb batches,” elaborated Menegatti. “Moreover, it has cast doubts on the robustness and efficiency of current mAb purification technologies – and therefore on its impact on product waiting time and cost to patients.”

“Moreover, the high capacity and selectivity of the binders facilitates operating the purification process in ‘continuous loading’ mode with non-stop flow through of the purified mAb product,” Menegatti explained. The new adsorbent lowers both global host cell protein levels in addition to high-risk species, e.g., lipases, cathepsins and histones. “We anticipate this approach will increase process flexibility and robustness and lower risk by effectively clearing all host cell proteins, including high-risk species.” 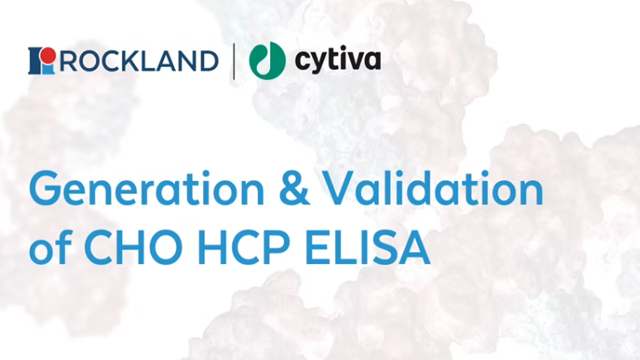 In bioprocessing, it is critical that host cell proteins (HCPs) can be identified, detected and removed so that the efficacy of the drug is not impacted. Watch this webinar to discover the steps required to create HCP ELISA assays including, antibody generation, reagent qualification, assay validation and distribution and supply chain.

Presently, biologics are mostly manufactured in a batch configuration, but there is consensus that industrial biomanufacturing must switch gears to continuous operation. “This essentially requires purification technologies that work in continuous flow-through mode, which is faster, more compact and requires less aqueous stream. Thus, we anticipate that technologies for purifying mAbs and eliminating host cell proteins, which operate in flow-through mode, will be game changers in this regard and help achieve continuous biomanufacturing,” Menegatti said when asked about the future of host cell protein analysis.

Biomanufacturing and host cell protein analysis advances have helped move mAb pharmaceuticals through the clinical development pipeline to the market. It is anticipated they will also move forward the next generation of biologics, such as gene therapies. “Importantly, versatile approaches that facilitate host cell protein analysis of emerging therapeutic modalities, such as gene therapy and cell therapies, will gain significant attention,” concluded Menegatti. “Viral vectors are the most promising class, and currently the most studied in both academia and industry. Viral vectors are generated in cell culture, so, much like mAb production, will requires host cell protein monitoring and removal.”

Masha Savelieff, PhD
More from this author >
Advertisement
Chosen for You
Infographic