How Genomics is Shaping Advanced Therapeutics 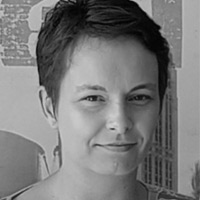 Natasha Beeton-Kempen holds a PhD in molecular biology from the University of Cape Town. She currently works as a medical and science writer.
Learn about our editorial policies

The rise of genomics and advanced therapeutics

The rise of genomics technologies over the past two decades has enabled the high-throughput interrogation of the entire human genetic complement.1 For around $1,500, it is now possible to determine the sequences of your chromosomes, and this data can be mined for genetic mutations that cause disease and affect drug response. We can also now interrogate the whole human exome, which reveals which genes are actively being converted into their protein products at a particular time or under specific conditions (such as healthy vs. diseased states).

What are genomics technologies?

Such technologies have also facilitated the advent of a whole new field of human therapeutics. These “advanced therapy medicinal products” (ATMPs) offer significant promise for the treatment of diseases and injuries that currently have no cure. ATMPs comprise three types of therapeutics: gene-based, cell-based, and tissue-engineered medicines. Gene therapies consist of synthesized genetic fragments administered as a therapeutic. Cell therapies consist of cells or tissues that are modified and then introduced into the body to treat specific diseases. Tissue-engineered medicines also contain cells or tissues, but these have been modified to enable the repair, regeneration or replacement of tissue.

In this article, we take a look at the different ATMPs that have gained market access, and share insights from Dr. Anastasia Wise and Dr. Ebony Madden from the National Human Genome Research Institute (NHGRI) of the National Institutes of Health, USA – the same organization that led the Human Genome Project.

ATMPs first made their mark in regenerative medicine, specifically for joint repair.4 In 1997, Carticel® by Genzyme became the first FDA-approved ATMP, around a decade before the term became standardized. Carticel® was a cell therapy used to regenerate articular cartilage in the knee. It comprised cartilage cells called chondrocytes that were cultured from the patient’s tissue sample, and then implanted back into the patient. In 2009, a similar product called ChondroCelect® by TiGenix was the first ATMP to be approved by the European Medicines Agency (EMA) in the EU. In the first indication of how genomics information would drive ATMPs, ChondroCelect® used gene expression profiling of cultures prior to implantation to increase the likelihood of success.5

However, in 2016, TiGenix withdrew ChondroCelect®. This may have been due to competition with MACI®, a third-generation, tissue-engineered version of Carticel® that was approved in 2013 and 2016 by the EMA and FDA, respectively. MACI® consists of chondrocytes cultured on a biological membrane that is then implanted. This innovation requires less complicated surgery for implantation and made MACI® the first tissue-engineered ATMP to be FDA-approved. However, MACI® has since been marked as suspended in the European market following closure of the EU manufacturing site.6

The impact of genomics-guided ATMPs in oncology

Besides the ever-growing list of known oncogenes, there are still many rare genetic variants of unknown significance.7 Screening for such variations and correlating these with cancer risk, prognosis, and responsiveness to approved or candidate drug treatments is only feasible with NGS-based technologies.

“I believe the incorporation of genome or exome sequencing in clinical care is the most exciting development in genomics-guided therapeutics, as variants are often found that are not on current genomic panels that may put patients at risk for disease or can contribute to understanding the best way to treat a patient,” says Dr. Madden.

Furthermore, such screening can uncover predictive biomarkers of adverse drug reactions, which can potentially reduce the burden of drug toxicity.1 Such information is increasingly used to stratify patients in clinical trials to improve the chances of clinical efficacy, reduced toxicity, and eventual regulatory approval.7 These benefits provided by genomics are, of course, true for non-cancer ATMPs as well.

Indeed, genomics technologies have been key in uncovering new opportunities for cancer treatment; the largest proportion of ATMP applications and approvals to date have been cancer therapeutics.8 “Precision oncology,” which is the concept of offering the right drug to the right patient at the right time, is inherent in the ATMP approach.9 Gene therapy ATMPs are particularly suitable for treating the early stages of cancer when there is less genetic variation among the cancer cells, while cell-based immunotherapy ATMPs are most effective against tumors, which tend to have more unstable genomes.

Challenges facing the success of current and future ATMPs

Despite the significant promise of ATMPs, this field faces many difficulties. Several ATMPs have been withdrawn from the market shortly after approval, despite years of effort and expense to get them there. Indeed, in the EU alone, out of the ~500 ATMPs entering clinical trials between 2009 and 2017, only ten have received marketing authorization, and of those, only six remain on the market.10 Many of these took over 20 years to develop.

ATMPs endure reimbursement challenges, stringent regulatory requirements, and high costs of development, manufacturing, and authorization maintenance.11,12 Many ATMPs are developed for rare or very rare disorders meaning that the demand is low and the unit cost is high. In addition, ATMP clinical trials typically comprise small sample sizes and single-arm trial designs, leading to increased payer uncertainty.8 Dr. Madden comments, “I believe the greatest challenge to advances in this field is in learning what level of evidence is needed to effect clinical guidelines. The scientific literature is filled with genomic medicine studies with successful outcomes, but providers, institutions, and payers often also require evidence of cost-effectiveness and often do not want to defer from the current clinical guidelines.”

Furthermore, many ATMPs require a sample from the patient prior to production (which means that companies must routinely deal with biological variation), high levels of expertise to manufacture, and some require high levels of surgical skill to ensure their success. These challenges all add to increased cost and commercial risk. For rare diseases particularly, Dr. Anastasia Wise says, “One of the greatest challenges to genomic-guided therapeutics for n-of-1 conditions is the development of a scalable process that would allow for lessons learned from other development efforts to be applied to new conditions.”

For example, the much-publicized gene therapy, Glybera®, which broke pricing records with treatment costing €1.1 million per patient, was approved by the EMA in 2012 for familial lipoprotein lipase deficiency. However, in 2017, uniQure decided not to renew marketing authorization because of high manufacturing and authorization maintenance costs versus low patient demand (1–2 patients per million).13,14 Glybera was only ever prescribed to one individual before being withdrawn.

Exciting times ahead for ATMPs

Several initiatives have, however, recently been put forward to boost the number of approved and commercially successful ATMPs. In October 2018, the European Commission and EMA announced a joint action plan for fostering future ATMPs.15 The EMA is also encouraging the development of ATMPs through its PRIority MEdicines (PRIME) scheme.

In the UK, the Cell and Gene Therapy Catapult was recently set up to encourage innovations in cell and gene therapy.16 Their resources include 1,200 m2 of laboratory space and over £51 million of funding. The UK government has also sponsored the formation of a network of Advanced Therapy Treatment Centers to ensure that patients receive the benefit of ATMP innovations via their national health service.17

In the US, the FDA has implemented, among others, the Breakthrough Therapy designation, the Regenerative Medicine Advanced Therapy program, the INTERACT program, and new guidance issued in July 2018 specifically for gene therapies.

It is likely that many ATMPs will reach the market in the not too distant future. Despite the often-limited clinical evidence inherent in ATMP development, the potentially high benefits ATMPs offer will increasingly coerce payers into providing access, and patients will continue to put pressure on politicians and policymakers.8 Long-term follow-up, post-launch studies, and escrow agreements may all be needed to ensure success. Without preemptive action, the very sustainability of health insurance may come into balance. However, genomics technologies will, no doubt, play an increasingly important role in developing ATMPs and ensuring their future success.

13) uniQure announces it will not seek marketing authorization renewal for Glybera in Europe. uniQure. 20 April 2017. (http://uniqure.com/GL_PR_Glybera%20withdrawal_FINAL_PDF.pdf)

Complete the form below to unlock access to this Audio Article: "How Genomics is Shaping Advanced Therapeutics"

Natasha Beeton-Kempen, PhD
More from this author >
Advertisement
Chosen for You
Whitepaper