Molly Campbell is a senior science writer at Technology Networks. She holds a first-class honors degree in neuroscience. In 2021 Molly was shortlisted for the Women in Journalism Georgina Henry Award.
Learn about our editorial policies
Credit: Unsplash
Read time:

Complete the form below and we will email you a PDF version of "Meet "Mr Christmas Tree", the Scientist Who Researches Christmas Trees All Year Round "

Ah, Christmas. The most wonderful time of the year. Spending time with friends and family, eating your body weight in festive foods, consuming the entirety of the alcohol cabinet, playing board games until the silly hours of the night and decorating the Christmas tree that sits aglow amidst the celebrations.

Wouldn't it be grand if it could be Christmas every day? Well, for one researcher, it sort of is.

For the last 40 years, Chastagner has dedicated his scientific career at Washington State University (WSU) to researching Christmas trees, grappling with tree diseases, analyzing different species from across the globe and tackling the issue of needle retention. His latest endeavors include a $1.5 million United States Department of Agriculture (USDA)-funded project that aims to identify genetic markers of fir trees with desired characteristics and resistance to Phytophthora root rot, a major issue for the Christmas tree industry.

I know what you're thinking. Working with Christmas trees all year round – is this fir-real? It sounds like the dream job, and I'm keen to discover how one finds themselves in such a seemingly "niche" career.

Chastagner tells me "I was hired in 1978 by WSU to work on diseases of ornamental bug crops, cut flowers and turf grass. I'd been here maybe a year or so and the Christmas tree industry in Washington and Oregon (which supplies about 40% of the total US production of Christmas trees) were having problems with a fungal needle cast disease that was really affecting their ability to produce Christmas trees."

He continues, "The state legislature (in response to growers) asked WSU to identify a person that could help work on this problem, and I was asked to do that. So, I started working on Christmas trees in 1979," he laughs, "And it's just kind of expanded since then."

A scientist's research focus is a very personal choice. I ask Chastagner if the move to Christmas tree research proved a burden or an exciting switch-up in his early career. He says, "It was not a problem, I just basically added Christmas trees to the things that I was already doing. I have a very diverse program that works on a variety of different things." 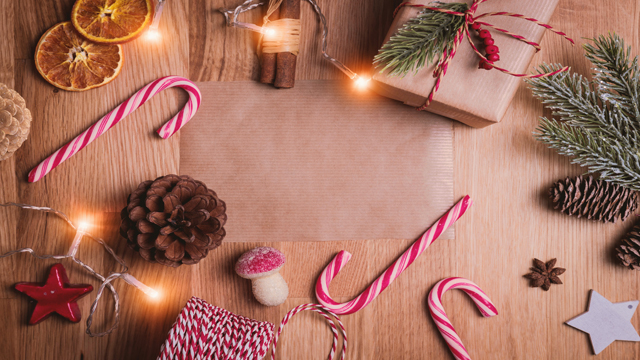 History of the Christmas tree

The Christmas tree is a long-standing symbolic figure for the festive period that is displayed in many homes across the globe. But how much do you know about their history? "There's been a lot written over the years, but in many areas, these trees were harvested out of a nearby forest and then brought into homes for a very brief period of time. They were displayed either as a tree or in many cases just as cut branches for decoration," Chastagner tells me.

The type of tree you have in your home will largely depend on where you are in the world, he says, but the "standard" Christmas tree is typically a conifer which is evergreen and gives off a pleasant fragrance.

Chastagner remarks that the type of trees used have changed "dramatically" over the years. "Early on, they were types of conifers that could be growing under a wide variety of conditions, such as spruces and some pines, which do have some negative characteristics. So now the species that are commonly grown are things like Douglas fir, Nordmann fir, Noble fir and Fraser fir."

Whilst the field of Christmas tree research may sound a little "niche" and "quirky", the work of Chastagner and his collaborators contributes to a global billion-dollar industry. In 1998, an estimated $1.5 billion was spent on Christmas trees, and the figures have only continued to grow; 32.8 million trees were sold in the US in 2018 statistics suggest, which was 5 million more than in 2017.

Despite their "magical" festive qualities, Christmas trees are not immune to the threat of pests and diseases which can have major implications for the industry. They can adversely affect tree growth, produce unattractive foliage and even kill the trees. Chastagner's research is key here: "One of the major aspects of my research is to reduce the impact that diseases have in the production of Christmas trees. We help growers improve their disease management programs by gaining a better understanding of the biology of the pathogens that are causing diseases and the conditions that are favorable for development of those diseases, " he says.

"When I initially started working on Christmas trees, I was asked to work on a disease affecting Douglas fir Christmas trees, known as Swiss needle cast." The disease Chastagner refers to is caused by a fungal pathogen known as Nothophaeocryptopus gaeumannii (try pronouncing that after a few Christmas tipples!) which is a "cast" disease as it causes the tree to prematurely shed, or "cast" its needles.

"Over the years we've worked on a variety of foliar cast diseases, as well as those that attack the root systems such as Phytopthora root rot," he continues. Phytopthora can be caused by several species of the fungus-like organism Phytopthora. These organisms are capable of surviving for many years in soil and plant debris before germinating and directly infecting trees. Unfortunately, symptoms of Phytopthora root rot are often not noticeable until the disease is in its advanced stages. In Christmas trees, it can cause the needles to turn a yellow brown color, and results in root systems that have a reduced amount of water-absorbing roots. Ultimately, the tree wilts, and dies. A true Christmas tragedy.

Can DNA save Christmas?

How does Chastagner work to achieve these research outcomes? Well, as one of the scientists involved in the largest Christmas tree project to date in the US, he has turned to genetics to uncover further information on the devastating root diseases, and the troublesome needle issue.

"The project started in 2013 and it had initial funding for five years," he says. "The Phytophora root rot is a disease that limits where highly susceptible species such as the Fraser fir (which are very desirable) can be grown. It's a very difficult disease to manage and so in the project we are looking for sources of resistance to the disease."

"We've screened many trees, and we have a collection of trees here that either shed needles or don't shed needles. We've used this collection to try and identify genetic markers that could be used to predict whether a tree will shed its needles or have excellent needle retention." Chastagner emphasizes that these are very complex problems and that the work is still ongoing as the project was extended. At this point in time, no genetic markers have yet been identified and published with regards to disease resistance and needle retention.

One burning question I have for Professor Chastagner when it comes to Christmas trees is: Is it better to stick with the real deal or opt for artificial?

"For some people, artificial trees are a very good alternative. But there are some advantages that real trees have that you don't see with artificial trees. They're a renewable crop. They're planted as a crop and they're grown as an agricultural crop. They're recyclable, which is beneficial when you consider climate issues."

He adds, "For us, the key is whether the consumer was satisfied with that tree once they're done using it. Did they have a positive experience? Did it last as long as they wanted it too? Did it have good needle retention?"

Chastagner also nods to the fact that we are seeing Christmas trees being erected and decorated outside of the "traditional" festive period. Might this be one reason why artificial trees can seem so appealing? "When I was growing up, sometimes [when] my brothers and sisters and I went to bed we didn't have a Christmas tree in the living room. The next morning there was a decorated Christmas tree. It was displayed for a relatively short period of time." He continues, "Now, Christmas trees are displayed for a very long period. So, you have to have trees with the ability to last for a very prolonged period to be able to have a good quality tree."

It's evident that Chastagner is passionate for the cause. His career has spanned many decades and, despite being at a position where he could retire, he has chosen to continue his research. I'm intrigued to know what his favourite aspects of his work are: "That's a tough question, there are many things I enjoy about my job. I get a lot of personal satisfaction from helping growers solve their problems, and from training graduate students and seeing the passion they have when they're really interested in the research." And as for personal accomplishments? He says, "We've been very successful in helping growers improve their disease management programs, and we've developed techniques such as the detached branch technique that is now being widely used to screen plant material. We have a number of accomplishments and I can't say I have one favorite over another." 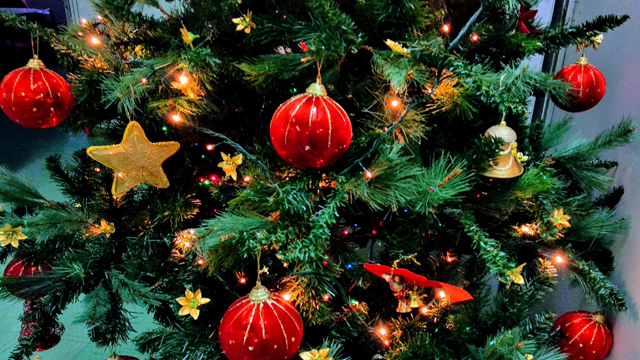 In addition to conducting critical research for the future of Christmas trees, it sounds like Chastagner and team have a lot of fun. "Last year we had a project where we were looking at the potential use of confers as cut trees in the southern hemisphere, and of course that is a very different situation," he tells me. "It's like going out and harvesting your Christmas tree in June in the Northern Hemisphere and expecting the tree to last. We have two very large display rooms where we have about 4000 square feet of temperature controlled area, and in this project we had some trees set up and we put ornaments on them – in June!" He laughs. "It was our 'Australian Christmas', if you will. We have a lot of fun."

The past, present and future of Christmas tree research

In true Dickensian Christmas spirit, we've discussed the past and present of Christmas tree research. But what about the future? Chastagner says, "We have a small group of people doing research on Christmas trees. One of the challenges will be when people like myself and others start retiring, we will need replacing." He emphasizes that the need for research in this space is becoming increasingly recognized, "There's more recognition to provide funding, at, let's say, the federal level in the US, to deal with specialty crops such as Christmas trees. These crops can be very important locally in highly urbanized areas; they provide open agritourism experiences for people."

Chastagner concludes, "I think there is a bright future."