Complete the form below and we will email you a PDF version of "Technology Networks Explores the CRISPR Revolution: An Interview With Professor George Church"

Professor George Church of Harvard Medical School is a pioneer of genome sequencing. His work has been central to the research advancements made in the "Genomic era".

His PhD work at Harvard included the first methods for direct genome sequencing, multiplexing and barcoding, eventually leading to the first genome sequence (a pathogen, Helicobacter plyori) in 1994.

Since then, Church has been instrumental in powering advancements in genome sequencing research and also in the development of gene editing tools. In 2013 he was involved in the first study to apply CRISPR technology to human cells.

In addition to his research lab at Harvard, Church has co-founded over 25 start-up companies in the genetics space and is currently involved in a clinical trial applying gene therapy to reverse distinct aging diseases in dogs.

In this interview, Church lends his views on some of the milestones achieved in genomics research to date and emphasizes his desire to make genomic technologies more widely available.

Molly Campbell (MC): You are a renowned expert in the field of genetics and have had a successful career spanning several decades. In your opinion, how does the successful application of CRISPR for genome editing compare to other scientific discoveries throughout the history of science?

George Church (GC): CRISPR nucleases (2013) constitute a very small (<2-fold) improvement over ZFNs (1996) and TALENs (2010) in terms of both cost ($425-750 per site) and efficiency. And these nucleases are rarely better than older technologies (recombinant proteins, homologous recombination, gene therapies, GMOs). An adjacent and probably more significant revolution is whole genome sequencing, which improved 10 million-fold in cost and nearly as much in quality between 2005 and 2015. Sequencing enables gene therapies as well as alternatives like matchmaking that produce similar inheritance changes for far less cost ($600 vs $2M for gene therapies) and few or no safety risks or regulatory hurdles.

MC: In a 2013 study, you applied CRISPR technology to human stem cells. Please can you tell us what inspired this research, and how the outcome of the study contributed to the CRISPR story?

GC: It is easy to use nucleases to damage DNA and easy to do so in abnormal cells, but the grail for medical applications is precise editing of normal human cells. Our study was the first to do this. I was inspired by work in the early 1980s at Biogen and Genentech, Smithies and Cappechi. My lab had already tried several HDR methods on normal human cells and this was (and is) just another approach among many.

MC: Your team at Harvard University are using CRISPR genome engineering to copy-and-paste DNA from the mammoth genome into living elephant cell cultures. Why have you decided to focus on mammoths? Do you anticipate that in the future we will walk amongst other extinct creatures thanks to CRISPR technology?

GC: We are reviving extinct genes (not extinct species, so far). Aiming for cold-resistant elephants via mammoth DNA is far higher priority than other possible de-extinctions, because of the potential for elephants to shift trees back to grass and hence turn the current process of 1400 Gtons of carbon release to a potential increase in sequestration (reversal) of excess atmospheric carbon. We wanted to avoid revival of carnivores or pathogens. We are not limited to ancient DNA, for example, to construct virus-resistant, plant-toxin tolerant, and tuskless elephants. It is probably desirable that we prioritize similarly as we revive ancient genes from many species – some as old as the common ancestor of all life. 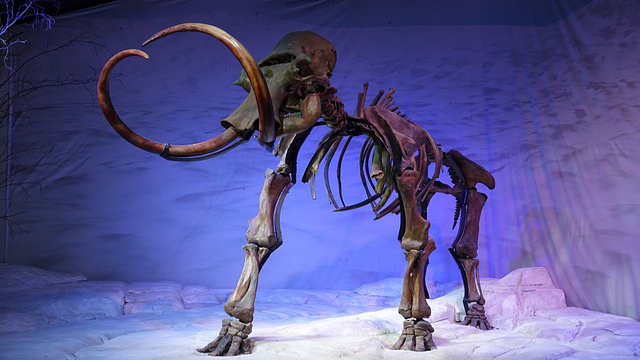 MC: You have previously expressed concern over the possibility that gene editing technologies will be available to only a restricted few: "It's not so much I’m worried we'll all be a little bit more intelligent, but I’m worried that some of us won't be.” Please can you expand on this concern and how you would advocate making CRISPR more widely available?

GC: Much of my lab works on lowering costs and developing technologies applicable to most diseases (rich and poor), for example, sequencing, ecosystem engineering and gene drives. While some gene therapies are cost-effective relative to previous treatments, we should aim to greatly improve on $2 million per dose.

MC: Your start-up company, Rejuvenate Bio, is developing a cardio-protective gene therapy to stop the progression of heart failure in dogs. Please can you tell us about the background of this research and what you hope to achieve? Are you able to comment on the status of the study?

GC: This data on mice should be published very soon. It is not just cardio, but reversal of five distinct aging diseases. The aim is partial aging reversal (not longevity or stasis), and doing so within the current inefficiencies of gene delivery via gene products that act at a distance from the few cells expressing the engineered DNA. We’ve begun dog clinical trials and hope to start human trials soon.

GC: Not so much off-target DNA changes, but rather inefficient and imprecise on-target edits. Exacerbating this is inefficient delivery for many key tissues. A third issue is the toxicity of nucleases, nickases and even deaminases (aka base editors) when the goal is multiplex edits simultaneously. Thankfully alternatives to CRISPR are rapidly emerging (such as Lambda-red, AAV-HDR and integrases).

MC: There is an ongoing patent dispute surrounding CRISPR between research teams based at the University of California (UC), Berkeley and the Broad Institute in Cambridge, Massachusetts. Previously you said “Any discussion of the development of CRISPR into the genome editing tool it is today would be incomplete without recognizing the critical contributions of each of these individuals and their teams”, can you please elaborate on why you believe these teams both require recognition? Is this debate having any impact on the CRISPR field's progression?

GC: That news analysis by Bob Grant in The Scientist and another by Heidi Ledford (The unsung heroes of CRISPR)in Nature, both of which I supported, highlighted the challenges of going from cutting DNA to precise editing in normal human cells. The key people were the first authors: Martin Jinek, Prashant Mali, Luhan Yang, Le Cong and Ann Ran.

MC: The work of Jiankui He has left the field somewhat polarized on the topic of gene-editing. Why do you think this is?

GC: The field was already polarized – for example, along the axis of classifying by ‘method’ rather than ‘outcomes’ (safety, efficacy, affordability). Method like IVF, mt-DNA, and chemotherapy are OK even though they affect germline. Somatic gene therapy is OK, even though it might have a million times higher risk (than germline therapy) of accidentally hitting a tumor suppressor exon (because a million times more cells are treated per patient). An example is the Section 749 rider on the Consolidated Appropriations Act of 2016, with an unprecedented prohibition of safety testing; and which might, ironically and unfortunately, lead to more, not less, embryo loss.

MC: Fast-forward 10 years from now. What does the CRISPR genome-editing field look like to you

GC: My guess (hope) is the hype about CRISPR will be replaced by a more balanced representation of many ways of getting precise and efficient editing, delivery and testing. These many ways will be seen in multiplex editing for agriculture, ecosystem engineering, "universal" CART therapies and xenotransplants. Moreover, attention to lower cost alternatives to classical gene therapy and editing will be advancing by leaps and bounds. In short, focus on outcomes, not buzzwords.

Catch up on the previous instalment of Technolology Networks Explores the CRISPR Revolution, an interview with Professor Jennifer Doudna, here.

Complete the form below to unlock access to this Audio Article: "Technology Networks Explores the CRISPR Revolution: An Interview With Professor George Church"