The Advances Powering the CRISPR Revolution

The Advances Powering the CRISPR Revolution

CRISPR-based gene editing has been implemented across the scientific community in the past 5 years. Although CRISPR is relatively easy and efficient compared to previous gene editing methods, researchers are continuing to improve the technology. New advancements are designed to make different types of genetic changes, improve efficiency, and improve delivery of CRISPR for different therapeutic approaches.

One common use of CRISPR is to generate model systems for studying biological processes or diseases in the lab. In its original form, Cas9 makes a double strand break in DNA at a site that is determined by the sequence of a guide RNA (gRNA). One reason CRISPR has been so popular is that targeting a different gene only requires changing the sequence of the gRNA. However, it is often useful for researchers to also control the timing and/or anatomical location of the edits, so inducible models have been developed in which Cas9 is only activated in response to an exogenously introduced small molecule.

More recently, researchers have been exploring methods to induce Cas9 activity only in selected cell populations within an organism. One tested method has combined a miRNA switch with the CRISPR-Cas9 system. This allows induction of Cas9, and therefore gene editing, in a specific cell type or in cells of a particular state, within a heterogenous population. In the miR-Cas9-ON system, translation of Cas9 is activated in response to a particular miRNA, and will only edit cells that have expressed that miRNA. There’s also a miR-Cas9-OFF version of the system, in which Cas9 is expressed in the absence of a specific miRNA, and can be combined with a gRNA targeting a fluorescent reporter in the cells such that only cells with expression of the miRNA will continue to express the fluorescent marker.

This method requires knowledge of miRNA expression in the cells of interest, and sometimes researchers may want to control timing based on factors other than cell type. Dr Michael Lin and his group at Stanford University sought to address this. “We thought to make Cas9 a more precise tool for biologists who want to knock out or activate genes in specific locations, we would try to make it robustly light controlled. We had developed a method to create single-chain photoswitchable proteins and we thought it might apply well for optical control of Cas9”, says Dr Lin. To restrict Cas9 activity to a specific time or location, his group engineered multiple Cas9 variants to be responsive to light of a particular wavelength. These photoswitchable Cas9 varieties can be used to target or activate multiple genes at the same time, making different perturbations depending on the specific forms of Cas9 used.

The traditional CRISPR-Cas9 method involves making a double strand break in DNA, but this can have negative effects in the cell and is not always necessary for generating the desired edits. The fusion of catalytically inactive (“dead”) Cas9 (dCas9) to protein domains with functions such as transcriptional regulators, nucleoside deaminases, or epigenetic writers has been utilized to make other changes to the genome or epigenome without inducing a double strand break in DNA.

Epigenome editing by fusion of histone modifying proteins has been in use for several years, but has previously lacked temporal control. To achieve temporal control in a customizable epigenome editing system, researchers used the abscisic acid (ABA) system in combination with dCas9 and a histone acetyltransferase by fusing dCas9 to PYL, one component of the ABA system, and a histone acetyltransferase to ABI, another component of the ABA system. They then introduced gRNAs targeting regions of interest, which guide dCas9 to the DNA, and in the presence of exogenously introduced abscisic acid the PYL and ABI domains bind, allowing the histone acetyltransferase to acetylate nearby histone tails. The reversibility of the ABA system allows for the study of the stability of this engineered histone acetylation, as the enzyme does not stay in the target region for long. As the abscisic acid is cleared, the interaction stops and researchers can identify not only what happens in response to histone acetylation, but also how stable the alteration and its effects are.

A similar method can be used to alter the DNA sequence. Fusion of dCas9 to a nucleoside deaminase is used in a system known as base editing, and involves changing a nucleotide in the target region without making a double strand break. This method holds great promise but has suffered from low efficiency in some cell types. The Dow lab at Weill Cornell Medicine addressed this problem by optimizing base editors. Dr Maria Paz Zafra, a postdoc in the lab and co-first author on the paper, says, “We started with adding a nuclear localization signal (NLS), but codon optimization was the game changer. It was a very simple and basic idea, but it changed everything”. These optimizations have improved the efficiency of base editing in multiple cell types, and according to Emma Schatoff, an MD/PhD student in the lab and co-first author on the paper, “this will enable future research directions, because it allows us to model specific cancer mutations that are found in patients, and compare distinct mutations within the same gene quickly and easily”.

For some therapeutic applications, such as those using chimeric antigen receptor modified T (CAR T) cells, particular cells can be removed from a patient, edited with CRISPR, and returned to the patient. In some tissues, adeno-associated virus can be used to deliver CRISPR components into cells in vivo. However, this doesn’t work for every tissue, and carries additional risks. New methods for delivery of CRISPR components in vivo are being developed to advance CRISPR therapeutics.

One such method is the delivery of CRISPR components by ribonucleoproteins (RNPs), which has been applied by the Chen lab at the National Institute of Biological Sciences, Beijing.  According to lab head Dr Ting Chen, “The biggest advantage of RNPs over virus delivery systems is that there will be no viral genomic DNA integration into the host genome.  Also, the half life of RNPs will be shorter than virus-expressed gene editing machineries so the off-target effect will likely be decreased”. Her lab used RNPs to target the skin stem cells of mice with recessive dystrophic epidermolysis bullosa (RDEB), and significantly ameliorated the skin blistering phenotype in these mice. There is still work to be done before this promising technology can be moved into the clinic, such as expanding the area that can be targeted at one time. Chen is optimistic about the technique’s potential: “In theory once the delivery problem is solved, any hereditary skin diseases can be cured”.

For recessive diseases such as RDEB, repairing either mutated allele by CRISPR will likely lead to clinical improvement. For cancers driven by dominant mutations, the mutated allele needs to be corrected while leaving the non-mutated allele, as well as wild-type cells nearby, untouched. In some cases, such as mutant KRAS, which leads to continuous proliferation of cells, there are naturally occurring gRNA target sites that only occur in the mutated allele, which can be targeted by CRISPR. In another case, researchers exploited the specificity of the protospacer adjacent motif (PAM), which is required for Cas9 to cut. The target sequence itself can actually tolerate a mismatch between the gRNA and DNA sequences, which means the non-mutant allele is at risk of being modified. In targeting an EGFR mutation, commonly implicated in cancer, researchers writing in Laboratory Investigation used a gRNA that targeted a PAM sequence that was only present because it was created by the mutation, meaning that the Cas9 was only able to target the mutant allele. In both of these cases, disease burden was reduced in mouse models, but not eliminated. The failure to completely eliminate disease could be due to the less than 100% efficiency of gene editing, or possibly because repairing the mutated KRAS or EGFR is not enough to eliminate the disease. Many therapies are not effective in isolation, and this strategy may work more efficiently in combination with other therapies. 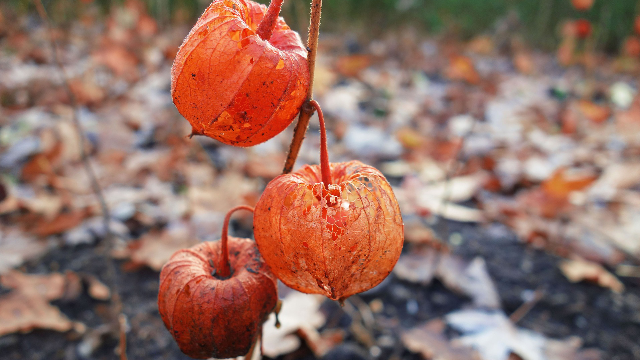 END_OF_DOCUMENT_TOKEN_TO_BE_REPLACED

CRISPR-based technologies will continue to be improved for use in different contexts and combined with other technologies in innovative ways to solve problems in biomedical research, medicine, and beyond. Going forward, researchers will have to grapple with the ethical implications of using CRISPR in humans and the cost of these new and exciting CRISPR therapies.