The Genetics of Coffee Consumption

The Genetics of Coffee Consumption

Ruairi is a senior science writer at Technology Networks. He holds a Master's degree in clinical neurosciences from the University of Cambridge and has written for Technology Networks since 2018.
Learn about our editorial policies
Credit: Pixabay
Read time:

The average American consumes 3.1 kg of coffee each year. Without it, it’s hard to see how some sections of society (including scientists) would function for more than a couple of days. And American coffee consumption (more than bottled water, tea and beer combined) still pales in comparison to the presumably quite jumpy Finns, who drink three times as much per person.

Despite the popularity of coffee, beyond its much-loved ability to wake up even the most sleep-deprived brain, we still don’t know very much about how it affects the body. Marilyn Cornelis, of the Feinberg School of Medicine at Northwestern University, is trying to change that.

“In the last ten years, there have been major advancements in measuring metabolites in the blood. It's kind of cool, because it opens opportunities for discovering things that we never would've guessed could be impacted by our environment or our diet,” says Cornelis, whose caffeine-focused research has yielded 120 papers in nearly 15 years of study.

Those advancements have propelled our understanding of how coffee affects us: Cornelis’ latest research yielded information on over 700 metabolites from caffeine consumers’ blood samples taken from a 2010 study. The study was conducted by researchers in the Finnish coffee heartland. (Given the stats above, presumably Finnish scientists are on coffee IV drips, so they know what they are talking about!)

The Finns were mainly interested in how the glucose levels in their volunteers’ blood changed. After publication, however, samples were left behind in the freezer, and years later, Cornelis dug them out to conduct her rather more thorough analysis: “We found 115 metabolites changed with coffee consumption. All of the xanthines, which are the caffeine and caffeine metabolites – they changed. And that was expected, so that's good. What was more interesting was that we found some other metabolites changed which we really didn't connect with coffee so much; key pathways that were interesting were those linked to the endocannabinoid metabolism.”

The endocannabinoid system is based around lipid neurotransmitters that bind to a group of receptors that include the CB1 receptor, the most abundant receptor in the mammalian brain, and has impacts across the body. Cornelis’s eyes lit up when she saw how this system was modulated by caffeine consumption. Coffee has quite a stereotyped effect on most metabolites in our body, she says, “When you consume coffee, you're going to find things that are going up.” But the endocannabinoid markers went down. Cornelis came up with two possible explanations: “When you see these endocannabinoids decrease, it's possible that the body is being exposed to stress and these endocannabinoids are decreasing to try to get your system back into a non-stressed state. That's one hypothesis. Another one is just that it's something unique to coffee, and I think there's more research that might be interesting to follow up on in that system.”

Especially, says Cornelis, given how coffee might affect our responses to that other recreationally popular endocannabinoid system modulator, cannabis, which has the opposite effect on the endocannabinoid system.  “You can probably imagine that a lot of our cannabis users – actually, everyone in general – a lot of people consume coffee, at least 80% of the US consumes coffee.  If people are consuming coffee and habitually using cannabis, maybe there could be some interaction between the two. If there is, that would have some important public health implications. Maybe it's a good interaction, we're not sure. For example, a key adverse effect of cannabis is that it's havoc on your memory. What's interesting about caffeine is that there's pretty good evidence suggesting that it benefits memory. In the event that people are interested in the medical uses of cannabis, maybe we can somehow tap into the positive health effects that cannabis has and possibly try to address the negative effects perhaps by combining coffee and cannabis.” Whilst Cornelis is quick to point out that this is just one of many potential hypotheses, it highlights that there is plenty of interesting research waiting to be conducted.

How Many Cups a Day?

On International Coffee Day, articles about the negative (or positive, or both) impacts of coffee will be flooding the internet. This can lead to a lot of bad communication of science, especially from the huge-scale GWAS studies which are the bread and butter of the population genomics research that Cornelis has authored. These studies often involve looking at thousands of correlations between our genes and our environment, and therefore require a huge statistical power to stand up to scrutiny.

How valuable are these studies in predicting whether foodstuffs are good or bad for us? Cornelis suggests that a better guide may be our individual genetics: “It’s interesting that our caffeine-seeking behavior is largely dictated by how our bodies metabolize caffeine.” The recommended limits for consumption of coffee, Cornelis says, are not something to adhere to slavishly, but a general average of the population, which doesn’t factor in individual differences. “If people have a genetic predisposition to slower caffeine metabolism, they will likely reduce their coffee consumption or caffeine consumption.” This makes sense: if you twitch uncomfortably for hours after a cup of coffee, you likely won’t be a big coffee drinker and vice versa for those who can consume a pot to themselves just before bed. “Everyone is naturally titrating their levels in order to get that fix,” says Cornelis. Maybe, just maybe, for coffee consumption listening to your body rather than scary headlines is the most sensible thing to do. “The one-cup recommendation doesn’t fit everyone, and it’s something we need to start considering with the research. My hope is that people at least start accounting for these genetic differences.” 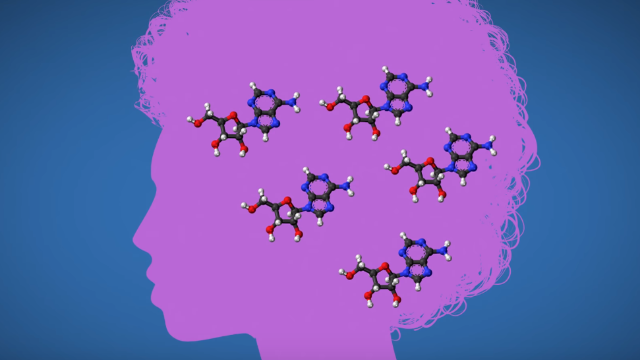 Why Do Coffee Naps Recharge You So Well?

END_OF_DOCUMENT_TOKEN_TO_BE_REPLACED

Let’s not ignore these large-scale studies entirely: what’s exciting about Cornelis’s work is that, with metabolomics analysis, her papers are able to look past genetic correlation, and explore the pathways that actually might functionally join up coffee consumption and disease: “For example, if the link between coffee and a certain cancer is due to the impact that coffee has on endocannabinoids, then it would be interesting to do a little more research into endocannabinoids and see how that system can be impacted to alter risk of cancer. So, we're actually using coffee as a tool to discover different potential interventions, even perhaps get some insight into, potentially, drug design. I think we can definitely take a lot away from understanding how diet actually impacts health.”

So, a way forward for both coffee scientists and coffee drinkers. A final question for Cornelis – is she a coffee fan, or is she sick of the stuff after researching it every day? “It's funny, because growing up, my father – he's from Belgium, and my mother's from Holland – were huge coffee drinkers. As kids we were never really into it, because we didn't like the taste – probably because my parents were hardcore, and they drink black coffee. I never liked it. Even when I did my 2006 study (a huge study on over 2000 coffee drinkers), I still wasn't drinking coffee. When I did my postdoc in Boston, and I hung out there for seven years, I wasn't drinking coffee. Then when I came to Chicago... I drink coffee now. I tell people that maybe it's just something in the water, I don't know.”