UK BioBank Project Is Taken to the Next Level by Sequencing 500,000 Genomes

Complete the form below and we will email you a PDF version of "UK BioBank Project Is Taken to the Next Level by Sequencing 500,000 Genomes"

Built between the years of 2006–2010, the UK BioBank is a national and international health resource established by the Wellcome Trust medical charity, Medical Research Council, Department of Health, Scottish Government and the Northwest Regional Development Agency.

The biobank recruited 500,000 volunteers aged between 40–69 years from across the country and collected a variety of biological measures and data from them, including blood, urine and saliva samples. Self-report data regarding lifestyle and medical history was also obtained, and the participants agreed to have their health tracked.

The aim of the BioBank is to build a powerful resource that enables further research into the pathophysiology and heterogeneity of human diseases: why do certain individuals develop a particular disease, and others do not?

To access data from the BioBank, scientists are required to register and submit an application outlining their proposed use of the data available. As of 2017, over 4,000 scientists were registered users, and several studies outlining insights gained from the resource have been published.

Sara Marshall, Head of Clinical and Physiological Sciences at Wellcome says: "One of the discoveries has been a better understanding of Type 1 diabetes. This is the commonest form of diabetes in children, which has led to it being called “juvenile diabetes”. However, a study using information from UK Biobank revealed that Type 1 diabetes is almost as common in adults as it is in children. This hasn’t been recognized previously because so many adults have a different kind of diabetes."

Now, an ambitious ground-breaking £200 million whole genome sequencing (WGS) project has been announced, forming a collaboration between health experts and pharmaceutical companies such as Amgen AstraZeneca, GlaxoSmithKline, and Johnson and Johnson.

The grand project will examine and sequence the genetic code of the 500,000 BioBank volunteers. By combining genetic insights with the measures already obtained from the participants, scientists aim to improve the prevention, diagnosis and treatment of a large range of diseases, including heart disease, diabetes, arthritis, cancer and dementia.

£50 million of funding comes from the UK Government’s research and innovation agency, UK Research and Innovation (UKRI). Sir Mark Walport, Chief Executive of UK Research and Innovation says: "UK BioBank is globally unique in the depth and quality of the information that it contains about so many people in health and disease. Adding WGS data to this will provide major opportunities to improve how we prevent, diagnose and treat the chronic conditions that afflict so many of us as we live longer lives."

UK Prime Minister Boris Johnson adds: "Over 60 years ago, we saw the discovery of DNA in Cambridge by a team of international researchers and today we are going even further. Now we are bringing together experts from around the globe to work in the UK on the world’s largest genetics research projects, set to help us better treat life-threatening illnesses and ultimately save lives."

Why is genetic information useful?

Our genetic code contributes to our phenotype. That phenotype could be one of health, one of disease, or it could lie somewhere in the middle. Our genetics may predispose us to certain diseases that we could develop as we age which may only become symptomatic later in life. By understanding the contribution of our genes to the development of a certain disease, scientists are able to explore mechanisms to halt disease progression and gain advanced understanding of why certain therapies may be more efficacious in specific subpopulations than others. 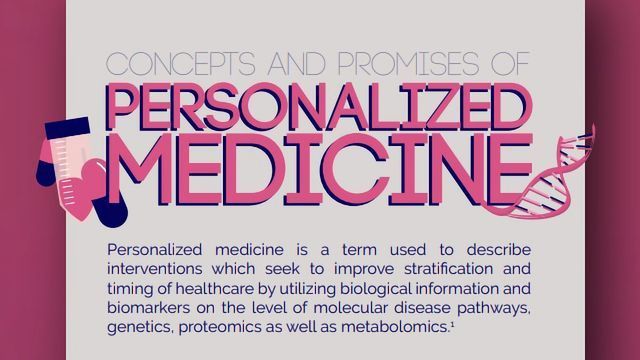 Concepts and Promises of Personalized Medicine

END_OF_DOCUMENT_TOKEN_TO_BE_REPLACED

This is "personalized medicine".

Unlike other targeted approaches such as whole exome sequencing that focus on a specific portion of the genome, WGS is a comprehensive method that allows a scientist to analyze the entire genome. This includes the proton coding regions (exons) and the non-coding regions (introns).

Once believed to be "junk" DNA, increasing evidence now supports the fact that non-coding genome regions are important regulatory elements for gene expression, and may contribute to disease pathophysiology. Advances in next generation sequencing (NGS) brought about by the "Genomic era" mean WGS protocols and technologies are more efficient than ever before.

The samples of the BioBank participants will be sequenced by the Wellcome Sanger Institute in Cambridge and the deCOde site in Iceland.

As society looks to face a "data crisis", one challenge for those involved with the project will be finding storage for the large amounts of data that is generated; as sequencing the genomes of 500,000 individuals equates to (roughly) 600 billion pages of text.

A gift of generosity

Professor Sir Rory Collins, UK BioBank Principal Investigator, expresses gratitude to the UK BioBank participants: "We are delighted that government, charity and industry have come together to unleash the full potential of UK BioBank by supporting the sequencing of all the participants. It is a tribute to the altruism of the half million people who agreed to be part of UK Biobank, and it recognizes the valuable findings that have already emerged from the project. Scientists around the world will be eager to use these genetic data in imaginative ways to further improve the health of the public."

The first results from the project – anticipated to be WGS data for 125,000 of the participants – will be available to the consortium of pharmaceutical companies involved by the end of May 2020. After an exclusive access period of nine months, the data will then be made available to all other approved researchers around the globe.

Complete the form below to unlock access to this Audio Article: "UK BioBank Project Is Taken to the Next Level by Sequencing 500,000 Genomes"