Next Generation Sequencing for the Masses?

Next Generation Sequencing for the Masses?

Ruairi is a senior science writer at Technology Networks. He holds a Master's degree in clinical neurosciences from the University of Cambridge and has written for Technology Networks since 2018.
Learn about our editorial policies
The Oncomine Dx Target Test. Credit: Thermo Fisher Scientific

Complete the form below and we will email you a PDF version of "Next Generation Sequencing for the Masses? "

Next Generation Sequencing (NGS) has long been a feature of lab-based research, but it is only recently that their application to public healthcare has become financially practical. Last month marked a milestone in their value to the wider public as the Centers for Medicare & Medicaid Services (CMS) announced they will cover NGS testing. One of the tests now included by the CMS is Thermo Fisher Scientific’s Oncomine Dx Target Test, a cancer diagnostics panel. This test is set to be made available to 160 million people in the US alone through both CMS and private insurers. We spoke with Joydeep Goswami, president of Clinical NGS and Oncology for Thermo Fisher Scientific, about the progress of NGS in the clinic.

Ruairi Mackenzie (RM): NGS diagnostics have long been a feature of research, but what is their history in healthcare? Are there many NGS tests available to US citizens?

Joydeep Goswami (JG): It is through the many decades of scientific research that has enabled development of assays that have been used to better understand cancer in the research setting, and which has helped lead to the development of target therapies.

The majority of NGS-based tests are available as lab developed tests (LDTs), which have been validated by CLIA-certified laboratories and offered as a service to ordering physicians and pathologists. Most of these validated tests are used to screen solid tumor samples, but labs are now starting to expand their offerings with validated tests for liquid biopsy and immuno-oncology analysis.

It is only in the past year that we have seen a strong shift in FDA approvals of several NGS tests for use in the clinic, including Thermo Fisher Scientific’s Oncomine Dx Target Test. The recent decision by the Centers for Medicare and Medicaid to begin reimbursing such tests is a very positive development for the field, and we expect for this trend to continue as regulatory agencies like the FDA now understand the value that NGS-based tests can bring to help drive better health outcomes for patients.

RM: What benefits to NSCLC prognosis does Thermo expect from the Oncomine Dx Target Test?

JG: Oncomine Dx Target Test is designed to simultaneously screen solid tumor samples for 23 genes that are associated with non-small cell lung cancer. It can also help identify patients who may be eligible for three FDA-approved targeted therapies currently on the market. This is a major improvement over the traditional testing method, which screens patient samples one biomarker at a time and, as a result, can delay the time it may take to identify the most appropriate targeted therapy by weeks. In contrasts, a physician can have an answer for a patient in a matter of days with Oncomine Dx Target Test. This is a crucial advantage, particularly for NSCLC patients who often only have a few months to live. So getting them on a targeted therapy quickly could make a world of difference for them. 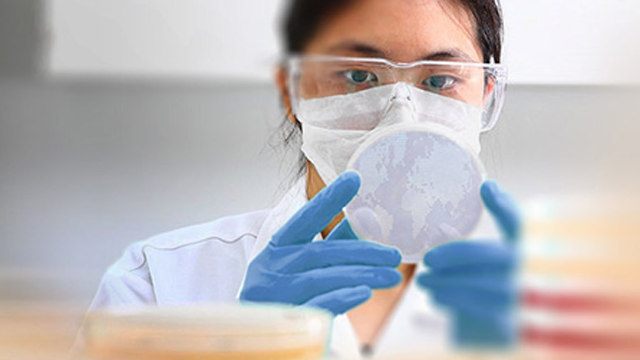 END_OF_DOCUMENT_TOKEN_TO_BE_REPLACED

RM: Will the Oncomine Dx Target Test be available outside the US as well?

JG: Yes. We are currently working to make the test available in several other countries globally. The Japanese regulatory agency earlier this month approved Oncomine Dx Target Test as a companion diagnostic for the combined therapy of Tafinlar® and Mekinist® from Novartis. We expect to roll out the test in Europe and Australia in the second half of 2018.

RM: What is the future of NGS technology in healthcare? Can we expect as rapid an advance in NGS healthcare as we have seen in NGS research?

JG: We expect the recent CMS decision to encourage the development of more NGS-based tests and greater adoption of these tests by labs to help patients.  We are also hopeful that the FDA will continue to streamline requirements to help these tests to get to market faster and more cost-effectively.  These developments should lead to the rapid extension of NGS-based FDA approved tests to liquid biopsy and immuno-oncology-based tests that help doctors better analysis approaches to better understand and address cancer.