A Curious Case of Shell Evolution in Octopi

Molly Campbell is a senior science writer at Technology Networks. She holds a first-class honors degree in neuroscience. In 2021 Molly was shortlisted for the Women in Journalism Georgina Henry Award.
Learn about our editorial policies
The shell-like egg case of Argonauta argo. Credit: Genome Biology and Evolution.

A new study has explored the evolution of an egg shell-like casing in Argonauta argo, a species of octopus.

An octopus with a shell

A. argo can be found in tropical and subtropical waters across the globe, often living in association with gelatinous marine creatures, such as jellyfish. The species is sexually dimorphic, as females are often considerably larger than males.

Female A. argo also produce a spiral, shell-like egg case that protects their secreted eggs. The egg case isn’t considered to be a “true” shell – such as those carried by certain mollusk– but rather, an “evolutionary innovation of the genus”. This shell has been of interest to scientists due to its physical similarities to the true hard shell of Nautilus pompilius, also known as the pearly nautilus.

N. pompilius is a distant relative to A. argo, and while both the egg case and the hard shell are produced via the same mechanism – protein secretion – research suggests that they are distinct in appearance and characteristics at the microscopic level. 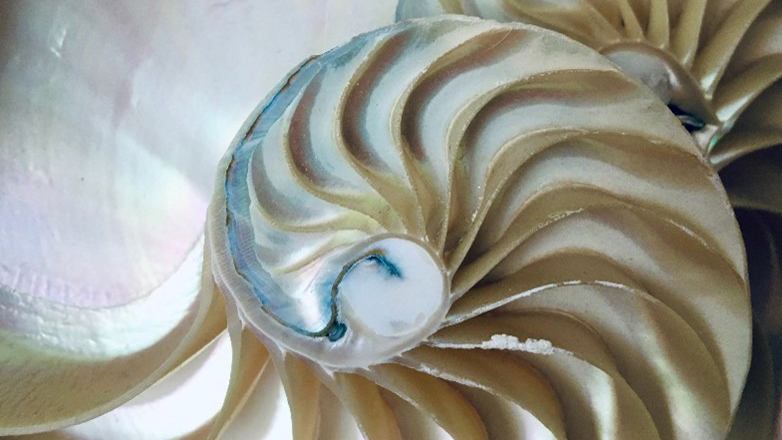 A team of researchers, including Dr. Masa-aki Yoshida from the Faculty of Life and Environmental Science, Shimane University, and Dr. Davin Setiamarga, associate professor at the Department of Applied Chemistry and Biochemistry at the National Institute of Technology, Wakayama College, sequenced the draft genome of A. argo. By exploring the genomic background of the species and its distant relatives, they hoped to uncover novel insights into how it acquired its egg shell-like case.

A. argo evolved independently to develop a shell-like casing

Yoshida and colleagues successfully identified all the protein-coding genes that enable the formation of the eggcase in A. argo. Comparative analyses show that these proteins are not expressed by relatives of A. argo that produce “true” shells, such as the Nautilus. However, the genes are present in some Conficheran mollusks, such as the limpet Lottia gigantea and the Japanese pearl oyster Pinctada fucata.

The genes that encode the true shells in Conficheran mollusks were identified in the A.argo genome and in another shell-less octopud, Octopus bimaculoides, suggesting the genes have been retained but not used. The genes encoding the egg case shell proteins were also present in O. bimaculoides, which does not have a shell-like casing.

Collectively, the data supports a hypothesis that the A. argo recruited proteins unrelated to “true” shell formation and evolved to use them to produce their egg casing. “The argonaut genome is particularly intriguing, because it shows that the break in synteny reported in the known octopus' genome is not a general trait of this group,” said Yoshida and Setiamarga in a news release. “We have demonstrated that, contrary to popular belief, cephalopods do not necessarily exhibit a distinct genome evolution. We anticipate that our findings will further the research of metazoan, mollusk and cephalopod genome evolution, which has remained largely unexplored thus far.”

This article is a rework of a press release issued by Oxford University Press. Material has been edited for length and content.