Sarah is a science writer and editor at Technology Networks. She joined the team in May 2022 and holds a PhD in cancer biology.
Learn about our editorial policies
Sandby borg archaeological excavations. Credit: Lars Einarsson

A new study analyzing ancient and modern-day genomes across Scandinavia has revealed clues about geography, ancestry and gene flow from over 2,000 years of the region’s history. The research is published in Cell.

Unearthing our history with ancient DNA

Ancient DNA analysis is the isolation and sequencing of DNA from ancient specimens. Previous studies that analyzed ancient DNA have revealed rare insights into a 2 million-year-old ecosystem, the possible origins of the Black Death and even the presence of DNA from an extinct human subspecies in an ethnic group in the Philippines.

Describing more about the kinds of insights we can gather from the study of ancient DNA, senior author of the current study and Professor of molecular genetics, Anders Götherström, says, “We get a third dimension in genetics, a temporal dimension. Thus, we can see what lead to the particulars we see today. Examples could be: did the megafauna go extinct due to humans or climate? Did we become lactose tolerant in northern Europe due to demography (moving people) or selection (from milk consumption)? Was migration always common or is it restricted to temporal hotspots?” he explains.

In their study, Götherström and colleagues focused on ancient DNA discovered in the northern European region of Scandinavia. This area encompasses Denmark, Norway and Sweden, and the region is well known for the history of the Viking Age (approximately 750–1050 CE). During this time, there was much immigration into Scandinavia from areas in the West (such as Britain and Ireland), the East (Baltic regions) and the South of Europe (such as Sardinia). However, the impact of these migrations on the modern Scandinavian genome is not well known. “We wanted to explore the demographic events (geneflow) in Scandinavia during the latest 2,000 years. When did people arrive here, and from where?” Götherström adds.

Gene flow in the Viking age

To address these questions, the researchers analyzed 297 ancient genomes (including genomes from 48 newly analyzed individuals not previously published, from new archaeological sites such as boat burials, chamber burials and the wreck of a Swedish warship sunk in 1676 CE) and 16,638 modern Scandinavian genomes. 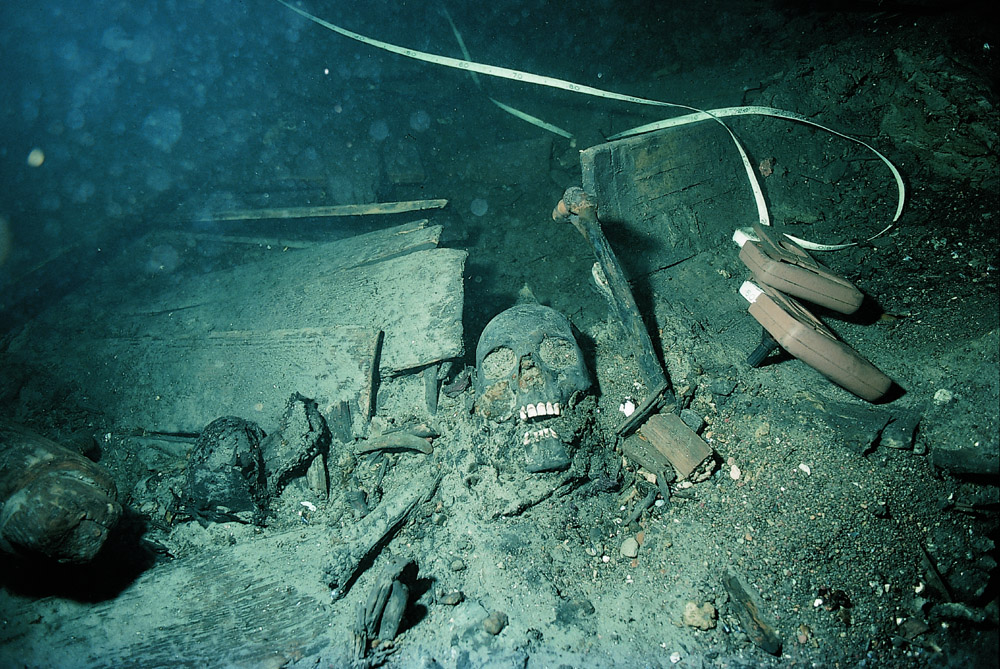 Underwater excavations of the wreck of the Swedish warship Kronan, which sank in 1676 CE off the southeast coast of Sweden. Credit: Lars Einarsson.

In total, the genetic data span a period of around 2,000 years from the present day back to the Roman Iron Age, including the Viking Age. Whole genome sequencing (WGS) data was analyzed from ancient individuals while single nucleotide polymorphism (SNP) genotyping was used for modern individuals.

The researchers found an influx of non-local ancestry that occurred during the Viking Age, which is still evident in the Scandinavian gene pool today. “Geneflow to Scandinavia increased during the Viking period,” Götherström explains. In particular, there was increased British and Irish gene flow, which the authors speculate could be due to various reasons such as Viking raids on the British and Irish isles.

Nevertheless, levels of British–Irish ancestry gradually dwindled to current levels over time, though they remain higher than pre-Viking levels. The team also found evidence that eastern Baltic ancestry is largely localized to central Sweden and the island of Gotland off Sweden’s eastern coast, though this is also notably lower in modern individuals. This suggests that these immigrants contributed proportionately less to the gene pool, as modern Scandinavians have less non-local ancestry than Viking Age individuals. “Much (but not all) of the variation that arrived during the Viking period disappeared thereafter, leading us to believe that the arriving groups [had] fewer children than those already there,” Götherström suggests.

The researchers discovered that north-south genetic variation across present-day Scandinavia is largely due to Uralic ancestry, referring to ancestry that traces back to the Uralic region that stretches from present-day Russia and Kazakhstan to parts of Finland, Estonia and Hungary. The presence of Uralic ancestry in Scandinavia was likely influenced by migration and gene flow from neighboring Finland. “The north-south cline over Scandinavia is based on Uralic ancestry, and it starts to appear during or right before the Viking period and becomes more common as time goes by,” says Götherström, indicating that analysis of additional ancient northern genomes might help to narrow down exactly when this gene flow occurred.

Still more yet to uncover?

Overall, the study suggests that the Viking period in these regions was a time of immense change, with a flow of non-local ancestries that is still evident in the gene pool in some areas of modern Scandinavia to this day. Götherström also expands on some of the limitations of the study: “We do not have as many ancient samples from the north or from the first 500 years CE as I would have wished for. But the study is sufficiently good for exploring the broader demographic history in Scandinavia.”

The researchers hope to learn more from future studies, including gathering more genetic data to discover more about the non-local ancestries that arrived in Scandinavia during the Viking Age.