BioSpa™ 8 is an automated incubator linking BioTek readers or imagers together with washers and dispensers for full workflow automation of up to 8 microplates. Temperature, CO2/O2 and humidity levels are controlled and monitored through the BioSpa software to maintain an ideal environment for cell cultures during all experimental stages. 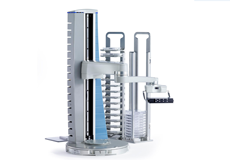 " We designed this robot to see and correct issues before they become costly problems such as lost samples or reduced productivity"
Dean Mulyk, Product Manager, Thermo Fisher Scientific

To many lab scientists laboratory automation brings to mind large robotic systems, most often requiring bespoke or containment facilities and highly trained personnel. Vendors specializing in delivering such complex automated solutions have predominantly served the needs of core automation groups in pharma and biotech associated with high throughput screening (HTS), profiling, compound management, large-scale cell culture and maintenance, and more recently biospecimen storage. However, for each of these core labs there are 1,000s of others  interested in more efficient ways to carry out routine, repetitive or demanding tasks. This is where the application of small-scale benchtop automation can offer numerous compelling advantages and make a big difference. Most of these potential automation opportunitieslabs only want to process a relatively small number of samples or batches of plates per run, making them ideal for benchtop systems. The emerging applications in sample prep (e.g. nucleic acid extraction, qPCR setup and the, quantification and normalization of genomic DNA samples, and next-generation sequencing) have accelerated the development of small automated workstations and look set to hasten the adoption of automation by many new or novice users.

In November 2015 HTStec undertook a market survey on small-scale or benchtop automation mainly among research labs in academia, pharma and biotech. The study was initiated by HTStec as part of its ongoing tracking of the life science technology and marketplaces, and to update and extend HTStec’s previous report on the topic published in January 2013. The main objectives of this global benchmarking study were to gain a better understanding of current interest in and future deployment of benchtop automated systems. This included the requirements for automated pipettors/dispensers, grippers/movers, and scheduling software. This article contains ‘selected findings’ from the market report Benchtop Automation Trends 2015, published by HTStec in December 2015. It is intended to provide the reader with a brief insight into recent market trends. It covers only 14 out of the 46 original questions detailed in the full report. The full published report should be consulted to view the entire dataset, details of the breakdown of the responses for each question, its segmentation and the estimates for the future. Please click here for more information.

Figure 1. Drivers for Implementing Benchtop Automation
The main reasons for implementing benchtop automation are presented in Figure 1. This showed that to get more reliable/reproducible data, better quality of assay results was ranked the most important driver for implementing benchtop automation, this was closely followed by enables a technically challenging or repetitive process; expected increases in sample number/throughput; and then cost/efficiency savings or cost reduction. Ranked least important driver was ownership/control of device versus sharing with core facility/many users.
Types Of Benchtop Automation Wanted In The Future:

Figure 2. Types of Benchtop Automation Most Interested In Deploying In The Future
The type of benchtop automation survey respondents were most interested in deploying in the future are given in Figure 2. This showed that automated workstations made up of multiple processing instruments linked together by a plate mover/gripper and controlled with scheduling software was most wanted (35%). This was followed by standalone application-specific processing instrument feed manually (23% ); and then stand-alone automated pipettor/dispenser with automated sample feed (e.g. plate stacker or autosampler) (19% ).
The Key To Making Benchtop Automation Accessible:

Figure 3. The Key To Making Benchtop Automation Accessible
A list of factors that may influence making benchtop automation fully accessible and useful to the majority of potential end-users is reported in Figure 3. Survey respondents ranked immediately obvious benefits (i.e. cost, labour savings, better quality data) as the greatest influence. This was followed by frees end-user from error prone repetitive tasks and then innovative software, no learning curve. Least influence was portable, light weight, - can be readily moved around.
Interest In Potential Applications For Benchtop Automation: 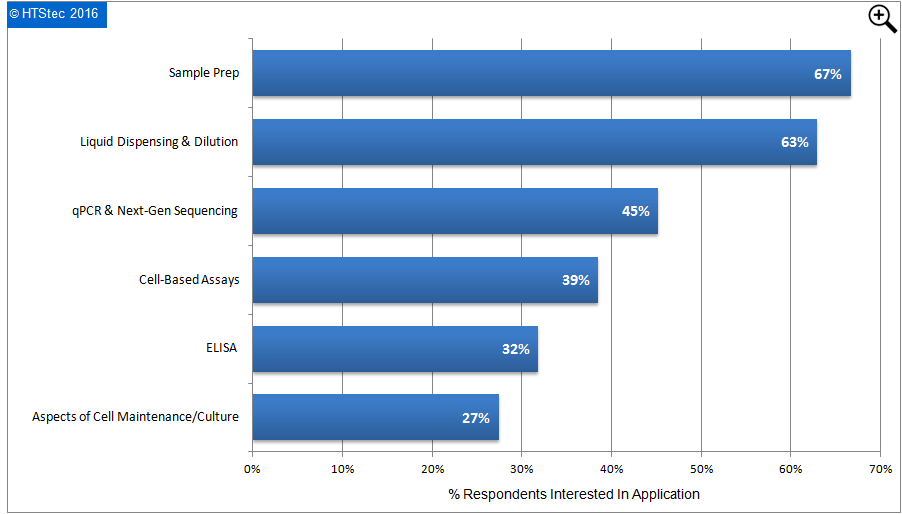 Figure 4. Interest In Potential Applications For Benchtop Automation
Interest in list of potential application areas for  benchtop automation systems is given in Figure 4.  This highlights that survey respondents showed greatest interest in sample prep (67%). This was followed by liquid dispensing & dilution (63%); PCR/qPCR & next-generation sequencing (45%); cell-based assays (39%); ELISA workflow (32%); and then aspects of cell maintenance/culture (27%).
Level Of Operational Capacity Needed From Benchtop Automation: 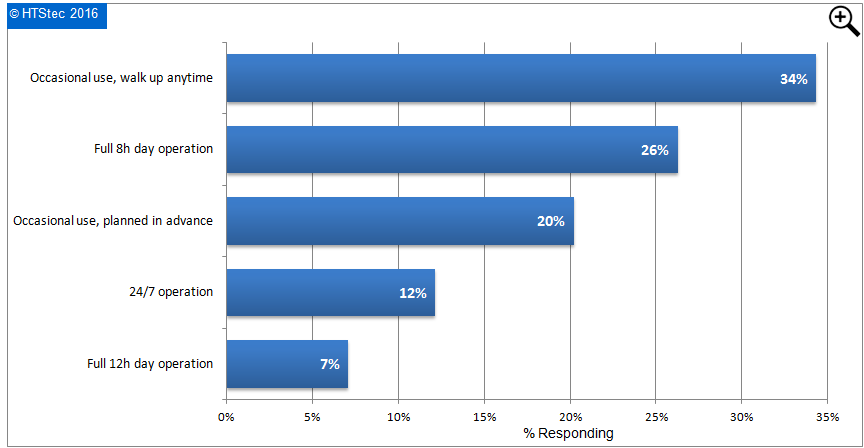 Figure 6. Type Of Gripper Required On A Benchtop Automated Pipettor/Dispenser
The type of gripper/plate mover most required on a benchtop pipettor/dispenser is given in Figure 6. This showed that survey respondents most wanted a gripper/mover enabling on-deck access only (43%). Of the remaining survey respondents 12% wanted a gripper enabling on-deck and off-deck access and 45% don't plan to use a gripper/plate mover.
Dimensional Restrictions For Benchtop Automated Systems: 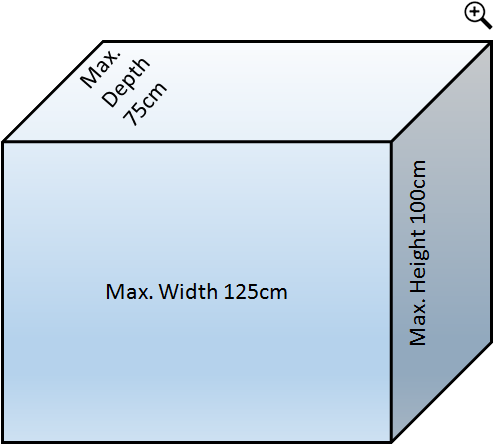 Figure 8. How Respondents Prefer To Control An Automated Benchtop Device
Survey respondents’ preferred method to control an automated benchtop device is reported in Figure 8. This showed that the preferred control mechanism was using a combination of PC for method set-up and touchscreen/mobile device for control (47%). The next most preferred control mechanism was via a PC or laptop alone (33%); followed by onboard touchscreen alone (15%). Only 3% of respondents prefer a wireless touch screen and 2% a mobile device.
Respondents Who Plan To Modify Vendor-Recommended Product Protocols:

Figure 12. Estimated Vendor Share Of Benchtop Automation Market (2015-2017)
The most appealing vendors of small-scale benchtop automation (i.e. those survey respondents are most likely to consider purchasing from in near future) are given in Figure 12. This showed Hamilton as the most appealing vendor, closely followed by Tecan and Agilent and then Beckman. Based on this information the vendor share of the benchtop automation market was estimated to be as follows: 12% Hamilton; 11% Tecan; 11% Agilent; 9% Beckman Coulter; 8% Thermo Fisher Scientific; 8% Eppendorf; 6% Qiagen; 5% Bio-Rad; 4% PerkinElmer; 4% BioTek and all other vendors (each with less than 4% share). Please note this should not be regarded as a true market share projection. It is based on which vendors of benchtop automation respondents find most appealing from a  purchasing perspective in near future (2015-2017), not on the actual $ spent with a provider.
Reason For Planned Purchase Of Benchtop Automation:

Figure 13. Reason For Planned Purchase Of Benchtop Automation
The reasons why survey respondents may plan a future purchase of benchtop automation are reported in Figure 13.  This showed that a new system - first time user (35%) was the most selected reason. Followed by new system - experienced user (29%); then add new functionality to existing system (2425%); and modular upgrade to existing system (11%).
Conclusions:
The selected findings reported above have shown that the main reason for implementing benchtop automation is to get more reliable/reproducible data and better quality of assay results. The type of benchtop automation most wanted was an automated workstation made up of multiple processing instruments linked together by a plate mover/gripper and controlled with scheduling software. The immediately obvious benefits (i.e. cost, labour savings, better quality data etc.) were of greatest influence in making benchtop automation fully accessible and useful to the majority of potential end-users. Greatest interest was expressed for sample prep applications of a benchtop automation system. The level of operational capacity needed from benchtop automation was occasional use, walk up anytime. The type of gripper/plate mover most required on a benchtop pipettor/dispenser was one enabling on-deck access only. The median maximum dimensional restrictions required for benchtop automated systems were width – 125cm, depth – 75cm, and height – 100cm. The preferred control mechanism for an automated benchtop device was using a combination of PC for method set-up and touchscreen/mobile device for control. Most respondents typically use vendor-recommended protocols as a reference only and require custom protocols to be developed for their lab. The preferred software functionality was moderate learning curve i.e. open software supplied with example methods, needs moderately trained personnel for creating new methods. Most respondents expect workflow scheduling software will be an integral part of the intended operation of any new benchtop automation system purchased. The most appealing vendors of small-scale benchtop automation were Hamilton, Tecan, Agilent and Beckman. First-time users made up the biggest proportion of future planned purchases of benchtop automation.
Driven by the need to enable technically challenging or repetitive processes in a more reproducible way, many labs that were not previously adopters of laboratory automation are being increasingly drawn to the potential of simple benchtop automation. The immediately obvious benefits (i.e. cost, labour savings, better quality data etc.) are key to making small-scale benchtop automation accessible, particular when they are coupled with moderate walkaway processing achieved through new gripper/plate mover innovations e.g. collaborative robots arms. Recent advances in software and control mechanisms coupled with workflow scheduling software are enhancing system flexibility to a level previously only achieved on much larger robotic systems. Judging by the number of automated workstations and mini robotic processing platforms showcased at the SLAS2016 Conference & Exhibition, we can expect benchtop automation to generate considerable interest among lab scientists seeking to enhance their productivity and improve data quality.