Dr. Kelli Palmer, assistant professor of biological sciences at The University of Texas at Dallas, is conducting research aimed at understanding the underlying mechanisms by which bacteria acquire antibiotic resistance genes from one another.

Her research has important implications for human health. While antibiotic drugs have reduced the number of illnesses and deaths associated with bacterial infections, the overuse of these drugs also has led some infectious agents to adapt to antibiotics, making the medications less effective.

According to the Centers for Disease Control and Prevention, each year in the United States, at least 2 million people become infected with bacteria that are resistant to antibiotics, and at least 23,000 people die as a direct result of these infections. 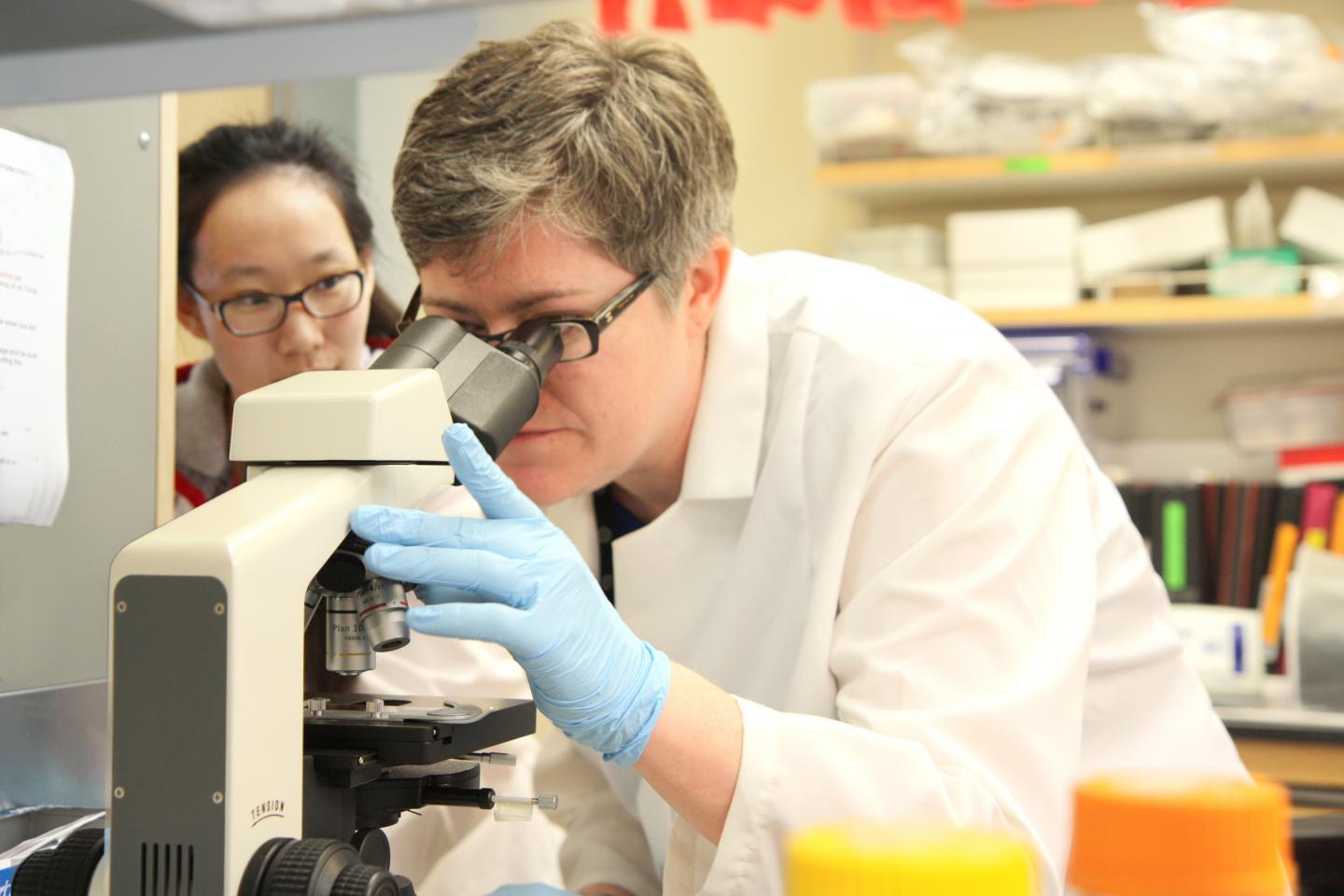 Palmer's research has attracted the attention of the National Institutes of Health, which recently awarded her a $1.9 million, five-year grant to study acquired antibiotic resistance in Enterococcus bacteria, the culprits responsible for some hospital-acquired infections. Dr. Michael Q. Zhang, director of the Center for Systems Biology and the Cecil H. and Ida Green Chair of Systems Biology Science at UT Dallas, is a collaborator on the grant.

"Many of our antibiotics derive from natural products," Palmer said. "Microbes in the soil produce compounds that have an antibiotic action on other microbes around them.

"One of the prevailing theories for why bacteria make these antibiotic compounds is to fight off competition. But the bacteria that make the antibiotics have to be resistant to those antibiotics. Therefore, many encode antibiotic resistance genes against their own products."

In a recent study Palmer and her colleagues shed light on a gene-swapping process called conjugation, which, she tells her students, is like bacterial sex.

"Bacteria can exchange antibiotic resistance genes through conjugation, which requires them to meet up and come into physical contact," Palmer said. "The focus of this study was trying to understand how a bacterium called Enterococcus faecalis discriminates its own genetic material from 'other' genetic material trying to enter the cell during conjugation. How do they tell self from non-self, and what defense mechanisms are used to try to shut down the invasion?"

The process of discriminating "me" versus "not me" in the bacterium Escherichia coli is fairly well understood, but what was happening in E. faecalis has been a big question mark, Palmer said. Using advanced gene-sequencing technology, she and her colleagues determined that the two kinds of bacteria use the same biochemical system to discern self from non-self.

"These bacteria utilize an enzyme to chemically scan genetic material within each cell, and at a specific sequence of bases, or 'letters,' in the DNA, they add a chemical component called a methyl group, essentially 'tagging' that material," Palmer said. "The methyl group becomes a signal for 'me'."

Another enzyme patrols the bacterial cell, and when it finds an untagged DNA sequence that doesn't belong, the enzyme destroys it.

"It's not a perfect line of defense, and it's those dynamics that I'm interested in," Palmer said. "Understanding how these organisms know, at a base level, what is 'self' will hopefully provide scientists with information to make more effective treatments."

One potential application of Palmer's work is phage therapy, which is the use of viruses to treat bacterial infections. In recent years, the Food and Drug Administration approved spray mixtures of such viruses that can be safely applied to meat and poultry products to combat strains of Listeria monocytogenes, which can cause a serious infection in humans called listeriosis.

"A phage is a virus that infects only bacteria. They don't affect humans, animals or plants, which is an important consideration," Palmer said.

While no phage therapy has been approved in the United States to treat humans for bacterial infections, Palmer said if antibiotic resistance trends continue, the approach might provide lifesaving alternatives.

"Phage therapy relies upon a virus injecting its DNA into a bacterial cell," she said. "If we understand better how enterococci and other bacteria discriminate their own DNA from that of an invader, and how they try to defend against invasion, that might help us learn to get around those defenses and develop more effective phage therapies for the future."