Scientists from the Broad Institute, the University of Harvard and the Massachusetts Institute of Technology (MIT) – referred to collectively as “Broad” hereafter – have won a seven-year-long patent case relating to the CRISPR-Cas9 genome editing technology.

A “revolution” in genomics

CRISPR-Cas9 genome editing, a technology that allows scientists to edit the genome by removing, adding or altering genes, has “revolutionized” genomics research over the last decade.

The versatility, speed and low-cost of CRISPR-Cas9 has seen its application across the life sciences, advancing fields such as personalized medicine, synthetic biology and climate change, to name a few examples. The technology’s contribution to modern science was recognized in 2020 when Jennifer Doudna, professor of Biochemistry, Biophysics and Structural Biology at University of California (UC) Berkeley and Professor Emmanuelle Charpentier, founding, scientific and managing director of the Max Planck Unit for the Science of Pathogens, were awarded the Nobel Prize in Chemistry. 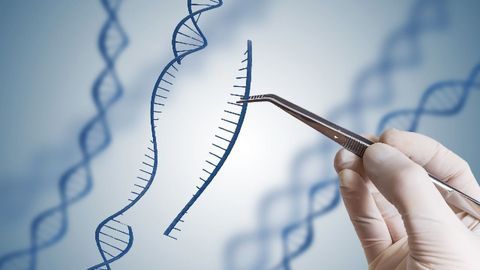 END_OF_DOCUMENT_TOKEN_TO_BE_REPLACED

In the short time since its discovery, CRISPR-Cas9 genome editing technology has been harnessed by several biotech start-ups with aspirations to treat or even cure genetic conditions. However, in the shadows of such incredible advancements, a dispute surrounding intellectual property (IP) rights has been lurking.

A brief history of the CRISPR patent dispute

On June 28 2012, Doudna and Charpentier – alongside colleagues at their respective institutes – published a paper in Science, outlining how they could guide a specific enzyme to make site-specific DNA cleavages in the genome. Their research was born from Charpentier’s earlier studies of the bacteria Streptococcus pyogenes, where she discovered the molecule tracrRNA, part of the bacteria’s ancient immune system that disarms viruses by cleaving their DNA.

After publishing her work in 2011, Charpentier instigated a collaboration with Doudna – an expert in RNA – to further advance the research. The 2012 Science paper – the culmination of their time collaborating on the CRISPR-Cas system – was an in vitro study, i.e., conducted in test tubes. In May 2018, Doudna and colleagues filed a patent application for CRISPR-Cas9.

Meanwhile, Professor Feng Zhang, who holds multiple positions across the Broad Institute, Harvard University and MIT, and colleagues had also been conducting research on the CRISPR-Cas system. On January 3, 2013, Zhang published a paper (also in Science), where his team outlined the successful application of CRISPR-Cas9 technology to induce precise edits in human and mouse cells. Prior to that publication, in December 2012, Zhang and colleagues had also filed their first patent application to the U.S. patent office. “It was based on original work that began at the Broad and MIT in early 2011, was further reflected in a January, 2012 federal grant application to the National Institutes of Health and culminated in the manuscript submitted on October 5, 2012 that was published in Science on January 3, 2013 as Cong et al,” a statement from Broad said.

When the conflicting applications eventually came to light, a long, legal battle commenced. A number of twists and turns have occurred during this case. In 2014, patent rights were initially granted to Broad. However, this was contested by UC Berkeley, and in 2017 it was concluded that patent filings from both groups were different enough to warrant individual consideration.

Now, an appeal board of the U.S. Patent and Trademark Office (USPTO) has declared that Zhang and colleagues were the first to invent the use of CRISPR-Cas9 genome editing technology in eukaryotic cells.

“In this interference, we determine that The Broad Institute, Inc., Massachusetts Institute of Technology, and President and Fellows of Harvard College (“Broad”) have priority over The Regents of the University of California, University of Vienna and Emmanuelle Charpentier (“CVC”) with respect to Count 1 – a single RNA CRISPR-Cas9 system that functions in eukaryotic cells,” a summary of the 84-page document reads.

A statement from the Broad Institute said, “This decision once again confirmed Broad’s patents were properly issued. As the PTAB and U.S. federal courts have repeatedly established, the claims of Broad’s patents to methods for use in eukaryotic cells, such as for genome editing, are patentably distinct and not reasonably expected from results of biochemical ‘test tube’ experiments.”

However, UC Berkeley issued a contrasting statement suggesting it may still work to contest the decision: “The University of California is disappointed by the PTAB’s decision and believes the PTAB made a number of errors. CVC is considering various options to challenge this decision,” adding that, “CVC also has issued patents to its foundational CRISPR-Cas9 systems in over 30 countries worldwide that are not affected by any U.S. interference proceedings.”

This decision may be interpreted as a milestone for some. Clarity surrounding the IP rights will likely simplify future endeavors in developing CRISPR-Cas9-based therapeutics for patients, helping to address unmet clinical need.

Just yesterday, Intellia – which was co-founded by Doudna – announced it had dosed its first patient in a clinical trial of NTLA-5001, a novel investigational T cell receptor (TCR)-T cell therapy for the treatment of acute myeloid leukemia, which harnesses CRISPR-Cas9. Prior to that, on February 28, Intellia shared that NTLA-2001 – a CRISPR therapy for the nerve disorder transthyretin (ATTR) amyloidosis – had yielded positive results in a Phase I clinical trial. The patent ruling will require companies that licensed the technology from UC Berkeley – like Intellia – to negotiate those licenses with Broad; the outcome of which, at this stage, is unclear.

Responses issued by both UC Berkeley and Broad following the ruling imply that their priorities remain with ensuring that CRISPR can be used to better the planet and humanity.

“Since first disclosing their groundbreaking work in 2012, Doudna and Charpentier have each continued to lead the global development and ethical application of CRISPR technology. Their efforts have helped to establish a “CRISPR economy” of new, innovative companies and research projects for the betterment of humankind,” UC Berekely said.

“Broad believes that all institutions should work together to ensure wide, open access to this transformative technology and will continue to explore how best to make this happen,” the Broad statement concluded.