Molly Campbell is a senior science writer at Technology Networks. She holds a first-class honors degree in neuroscience. In 2021 Molly was shortlisted for the Women in Journalism Georgina Henry Award.
Learn about our editorial policies
Credit: Pepi Stojanovski on Unsplash.
Read time:

Complete the form below and we will email you a PDF version of "Can You Put a Price on Your DNA?"

A new study published in PLOS ONE finds that over 50% of Americans will exchange genetic data for financial compensation.

Direct-to-consumer (DTC) genetic testing is on the rise, and there are a variety of companies now offering an increasing number of analytical tests based on contributed genetic data. These tests, often being outside of the clinical remit, tend to come with an associated cost.

As more individuals are engaging with DTC genetic testing, a myriad of questions continue to arise relating to data privacy, storage and usage. Consumers are keen to understand how companies are applying their data, and how they're profiting from it.

A recent example of how DTC genetic testing data can be used came from 23andMe. At the start of the year the company announced that they have generated a novel biologic drug for the treatment of multiple inflammatory diseases. The drug has been created utilizing the genetic data contributed by 23andMe's customers.

Technology Networks spoke to 23andMe, who said "More than 80% of 23andMe customers consent to participating in research. It's this genetic and phenotypic research that can help provide new insights into patterns of disease and causes, and how they can be treated. Genetic information can contribute to new target drug discovery and development of new disease insights, medicines and possibly cures." 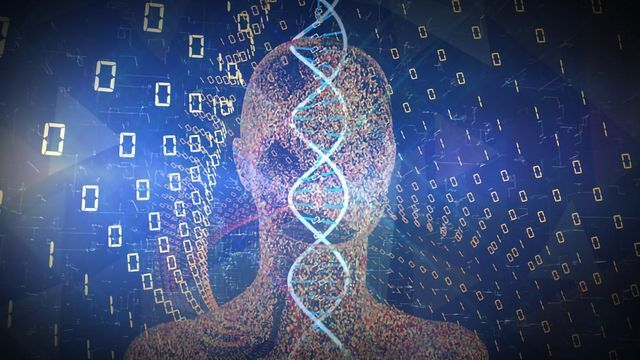 END_OF_DOCUMENT_TOKEN_TO_BE_REPLACED

In a new study published in PLOS ONE, researchers from Penn State and Cornell University endeavoured to dig deeper into the motivations of individuals contributing genetic data. They used a survey to do so.

"As human genomic data collection rises, the organizations responsible for managing these data are developing and refining their internal policies and protocols related to data end uses, transparency and security, for example," said Forrest Briscoe, Professor of Management and Organization, Penn State.

The survey was formulated from in-depth interviews with both officials and employees that were linked to genomic governance at 12 organizations. The sample included 2,020 individuals, recruited through Qualtrics.

The participants were provided with an imaginary situation:

Based on this scenario, participants were provided with four response option to choose from:

The individuals that selected option two, "willing if I'm paid at least a certain amount of money", were then asked how much they expected to be paid.

All study participants were also asked how much they would be willing to pay the company to receive a report back on the data. The report would provide information pertaining to their ancestry and their risk propensity for 20 different genetic-based diseases.

Over 50% of Americans will exchange genetic data for financial compensation

The study results found that 50.6% of participants were willing to contribute their data only if they were compensated financially. The median net expected payment for those who wanted to be compensated in this manner (once the amount that participants expected to pay for a report on the data was removed) was $95+.

Thirty-seven-point eight percent were not willing to provide the data regardless of any compensation. Of the data Bruscoe said: "Our results suggest that as public awareness grows regarding the commercial aspects and privacy issues of genomic databases, individuals' expectations for compensation in exchange for data provision may rise."

As part of the survey the researchers also explored willingness to provide genomic data based on different governance policies. They found that the three policies that most increased willingness to contribute data include:

Whereas the three policies that decreased willingness were:

Bruscoe commented: "A common denominator across our governance policy findings is a preference for restrictions on sharing or reuse, unless permission is specifically granted by the individual."

"Our findings offer a forward-looking window on individual preferences that can be useful for institutions of all types as they develop governance approaches in this area of large-scale data sharing," he concluded.