Working with yeast and worms, researchers found that incorrect gene expression is a hallmark of aged cells and that reducing such “noise” extends lifespan in these organisms.

The team was led by senior author Shelley Berger, PhD, a Daniel S. Och University Professor in the departments of Cell & Developmental Biology, Biology & Genetics at the Perelman School of Medicine at the University of Pennsylvania, and Weiwei Dang, PhD, a former Penn postdoctoral fellow who is now an assistant professor at Baylor College of Medicine, along with first author Payel Sen, PhD, currently a postdoctoral fellow in the Berger lab. Berger is also director of thePenn Epigenetics Program. 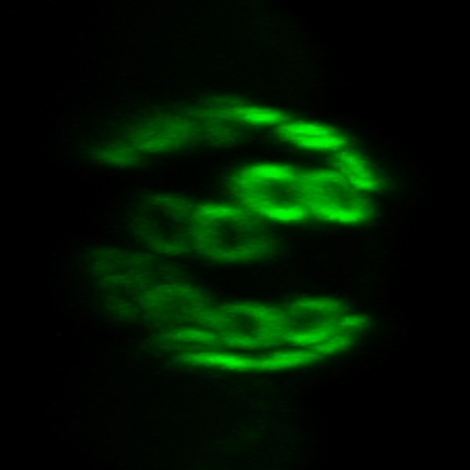 Gene expression is regulated by chemical modifications on chromatin -- histone proteins tightly associated with DNA. Certain chemical groups on histones allow DNA to open up, and others to tighten it. These groups alter how compact DNA is in certain regions of the genome, which in turn, affect which genes are available to be made into RNA (a process called transcription) and eventually proteins.

“Researchers have just started to appreciate how these epigenetic histone modifications may be playing essential roles in determining lifespan,” said Berger. She has been studying such epigenetic markings for over two decades and was among the first to pinpoint specific histone modifications that not only are altered during aging, but also directly determine longevity.

“In this study, we found that a type of abnormal transcription dramatically increases in aged cells and that its reduction can prolong lifespan,” said Dang, who initiated this line of research while working in Berger’s laboratory. “This longevity effect is mediated through an evolutionarily conserved chemical modification on histones. This is the first demonstration that such a mechanism exists to regulate aging.”

“We used budding yeast, a single-cell organism, to study the epigenetic regulation of aging and this simple model turned out to be quite powerful,” explained Sen. In yeast, aging is measured by the number of times a mother cell divides to form daughters before it stops. This number – a mean of 25 divisions -- is under tight control and can be either reduced or increased by altering histone modifications, as the researchers found.  They showed that when fewer chemical groups of a certain type attach to yeast histones, the abnormal transcription greatly increases in old cells. In contrast, the team found that in yeast strains with a certain enzyme deletion, this abnormal transcription is reduced and lifespan is extended by about 30 percent.

“We have started investigating whether such a longevity pathway can also be demonstrated in mammalian cells”, says Berger. “However, these investigations are confounded by the complexity of the genome in more advanced organisms. One of our long-term goals is to design drugs that can help retain these beneficial histone modifications and extend healthy lifespan in humans.”