They possess intricate molecular mechanisms that promote either suicide or survival. The concept is known as programmed cell death (PCD). Since the early 2000s, when PCD was confirmed, research has focused mainly on finding genes and proteins that trigger it. However, processes aiding cell survival have not been well understood.

A recent paper published by researchers from Okinawa Institute of Science and Technology Graduate University (OIST), establishes that in mouse cells, proteins comprising the CCR4-NOT complex are actively involved in regulation of a form of PCD called necroptosis. “It is one step toward deciphering the mechanisms of cell death,” says Dr Toru Suzuki, group leader at the Cell Signal Unit, led by Prof. Tadashi Yamamoto.

The most studied form of PCD is apoptosis — a process of cellular self-destruction, distinguished by fragmentation of nuclear DNA and cell shrinkage. Initially it was thought to be the only suicidal mechanism cells possess. Another well-known cell suicidal programme is autophagy, in which a cell cannibalises itself by degrading its proteins into amino acids.

About 10 years ago another form of PCD was discovered. It was named necroptosis, as it shares some characteristics of apoptosis, such as rigorous gene-level regulation, and necrosis, an inflammatory cell death in which the cell membrane swells and later breaks, leaking its contents into the intercellular space. Necroptosis can be a fail-safe mechanism in case apoptosis is inhibited, for example, by bacteria or viruses. 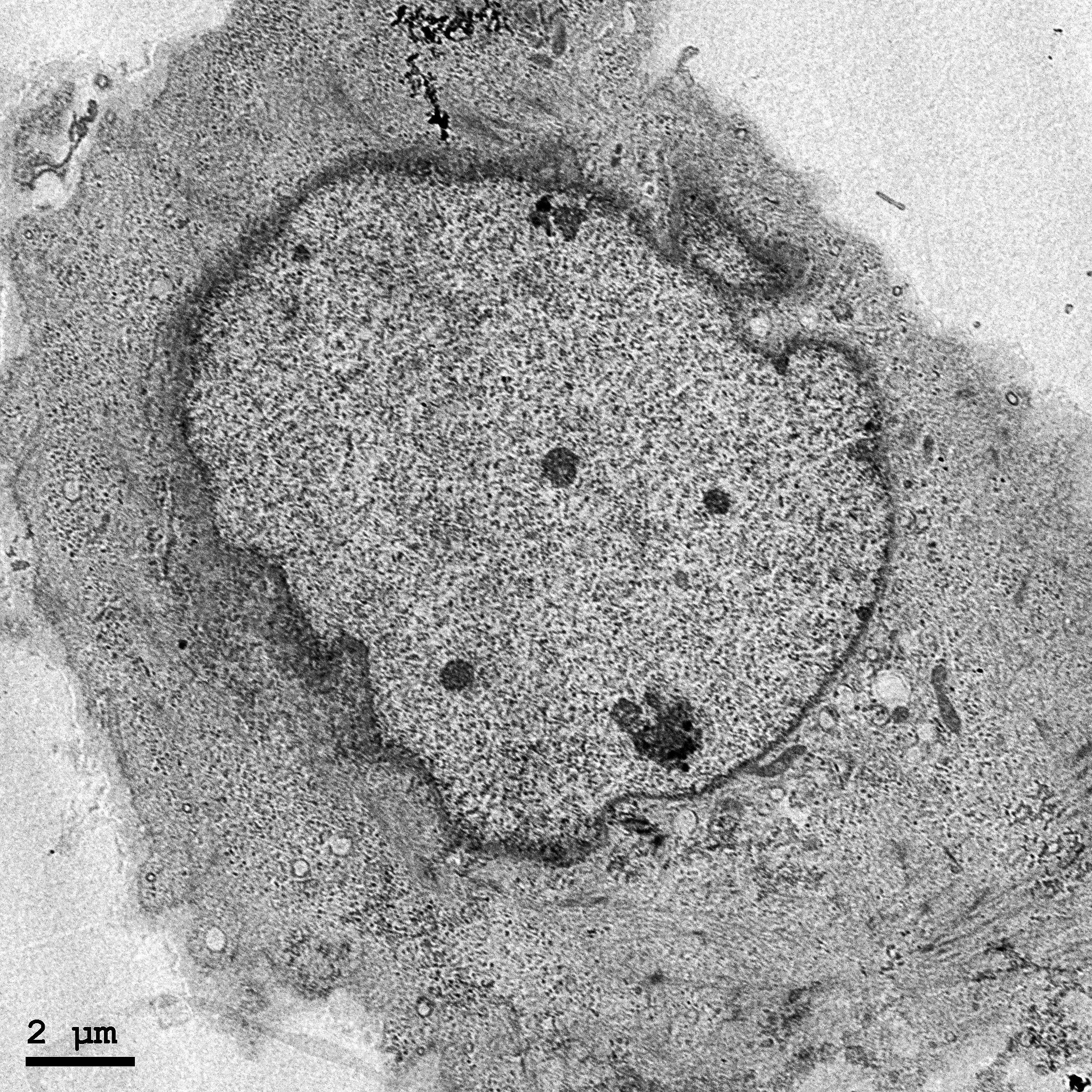 PCD is an important mechanism in organismal development, tissue homeostasis, and elimination of old cells, which are incapable of maintenance or division, or potentially harmful cells. When suicidal programmes go awry, things start to break down. For example, neurodegeneration results from too many cells being culled by PCD and leads to incurable diseases such as Huntington’s, Alzheimer’s, and Parkinson’s. Understanding the mechanisms of PCD may yield keys to curing the above-mentioned and many other diseases.

Dr Suzuki proposes that one of the possible mechanisms triggering necroptosis is the suppression of degradation of messenger RNA (mRNA), which transports the encoded protein sequence (the message) from the cell nucleus to the ribosomes in the cytoplasm, where the proteins are actually synthesised. As long as a given mRNA persists in the cytoplasm, it can be used to produce more protein that it encodes. Thus, regulation of the lifespans of mRNAs is a way of controlling protein synthesis. The CCR4-NOT complex regulates gene expression by processing, controlling quality, and marking mRNAs for destruction by shortening their poly(A) tails — chains of adenine nucleotides at the end of mRNA molecules.

One of the key elements in CCR4-NOT’s regulatory activity is one of its component proteins, CNOT3. Experiments conducted by Dr Suzuki’s group showed that suppression of CNOT3 in mouse cells leads to necroptosis. In the CNOT3-depleted cells the stability and expression of  mRNAs encoding RIPK1 and RIPK3 proteins, which are directly associated with necroptosis, are increased. This leads to build-up of death-triggering proteins and cell demise. These results suggest that some human inflammatory diseases associated with necrotic cell death, such as rheumatoid arthritis and psoriasis, may be caused by deregulation of the CCR4-NOT complex.

Analysis of other components of the CCR4-NOT complex in CNOT3-deficient cells suggests that this protein plays a vital role in maintaining the structural and functional integrity of the entire complex and that it is crucial for cell viability. Moreover, only normal, intact CNOT3 protein can rescue dying cells’ viability and growth. A mutant form of the protein, missing its C-terminal amino acids — a docking station for other proteins of the CCR4-NOT complex — was unable to aid cell survival.

Dr Suzuki’s research indicates that cell viability is regulated by both life- and death-inducing molecules. It is one step forward in the fight with diseases associated with unnecessary cell death or long-lived abnormal cells.