Charting the 'Genomic Biography' of Leukemia

By analyzing genetic material in chronic lymphocytic leukemia (CLL) and normal tissue from more than 500 patients, researchers identified dozens of genetic abnormalities that may drive the disease, including two that had never before been linked to human cancer. They began to trace how some of these abnormalities affect the course of the disease and its susceptibility to treatment. And they started tracking the evolutionary path of CLL, as its ever-churning genome spawns new groups and subgroups of tumor cells in a single patient.

This type of information is critical as the treatment of CLL is increasingly geared to the unique genetic features of each patient’s tumor. Traditional chemotherapy regimens are now being supplemented by drugs that target the specific set of delinquent genes within cancer cells. 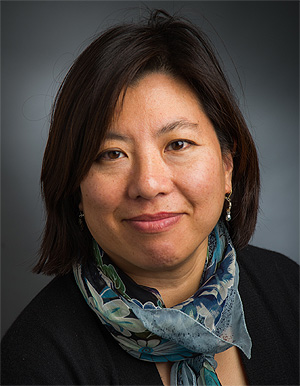 “Sequencing the DNA of CLL has taught us a great deal about the genetic basis of the disease,” said Catherine Wu, MD, of Dana-Farber, the Broad Institute of MIT and Harvard, and Brigham and Women’s Hospital, a senior author of the study, which is being published today by the journal Nature. “Previous studies, however, were limited by the relatively small number of tumor tissue samples analyzed, and by the fact that those samples were taken at different stages of the treatment process, from patients treated with different drug agents.

“In our new study, we wanted to determine if analyzing tissue samples from a large, similarly-treated group of patients provides the statistical power necessary to study the disease in all its genetic diversity – to draw connections between certain mutations and the aggressiveness of the disease, and to chart the emergence of new mutations and their role in helping the disease advance,” she continued. “Our results demonstrate the range of insights to be gained by this approach.”

“This study also provides a vision of what the next phase of large scale genomic sequencing efforts may look like,” said Dan Landau MD, PhD, of Dana-Farber, the Broad Institute of MIT and Harvard, and Brigham and Women’s Hospital, a first author of the study. “The growing sample size allows us to start engaging deeply with the complex interplay between different mutations found in any individual tumor, as well as reconstructs the evolutionary trajectories in which these mutations are acquired to allow the malignancy to thrive and overcome therapy.”

Wu and her team collected tumor and normal tissue samples from 538 patients with CLL, 278 of whom had participated in a German clinical trial that helped determine the standard treatment for the disease. They performed whole-exome sequencing (WES) on each sample, reading the genetic code letter by letter in sections of DNA that hold the code for making proteins. An analysis of the data yielded a broad range of insights:

• Researchers identified dozens of genetic abnormalities that may play a role in CLL, including 44 mutated genes and 11 genes that were over- or under-copied in CLL cells. Two of the mutated genes – RPS15 and IKZF3 – have not previously been associated with human cancer.

• Nearly 9 percent of the patients had mutations in the MAPK-ERK pathway, a network of proteins that relay growth signals. In some patients, researchers identified new types of molecular errors that allow the MYC cancer gene to become overactive.

• Many of the mutations found in the BRAF gene occurred near, but not at, the spot most commonly involved in other cancers.

• Certain gene mutations were found to be especially common in tumor tissue from patients who had already undergone treatment, suggesting that these mutations help the disease rebound after initial therapy.

• Researchers compiled a rough draft of a “molecular biography” of CLL by determining which mutations tend to arise early or late in the course of the disease. They also identified mutations that often occur in pairs, one followed by the other.

• The investigators found that therapy tends to produce shorter remissions in patients whose tumors carry mutations in the genes TP53 or SF3B1.

• By comparing tumor samples collected prior to treatment and after relapse, “we found that genomic evolution after therapy is the rule rather than the exception,” Wu remarked. “Certain mutations were present in a greater number of leukemia cells within a sample after relapse, showing that these mutations, presumably, allow the tumor to persevere.” Wu and her colleagues observed three general patterns in these shifting mutations.

“The breadth of our findings shows what we will be able to achieve as we systematically sequence and analyze large cohorts of tumor tissue samples with defined clinical status,” remarked Gad Getz, PhD, of the Broad Institute and Massachusetts General Hospital, co-senior author of the paper. “Our work has enabled us to discover novel cancer genes, begin to chart the evolutionary path of CLL, and demonstrate specific mutations affect patients’ response to therapy. These discoveries will form the basis for precision medicine of CLL and other tumor types.”