Are there genome editing tools running around in that yogurt you’re eating? Don’t drop your spoon and start scraping your tongue in a panic just yet, these proteins are a natural part of the bacteria that ferment milk into that creamy product so many of us enjoy on a daily basis. But can these editing proteins be utilized to identify core and essential genomic regions or even eliminate nonessential regions guiding us to greater understanding of bacterial evolution? Results from a newly published study hope to shed light on the diverse functions of the bacterial genome. 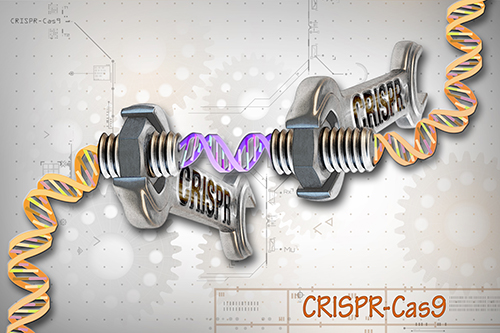 "We wanted to screen, using the CRISPR scalpel, areas naturally prone to extinction in S. thermophilus," explained Rodolphe Barrangou, Ph.D., associate professor of food science at NC State, and senior author on the current study. "This is a win-win process because the screening can be harnessed to target any region of the genome and the experiment will tell you whether the region is expendable or not."

The investigators were able to engineer the CRISPR-Cas system to eliminate the four genomic regions, which the team labeled as mobile genetic elements, and then observed some interesting results.

"Once that region was gone, the bacteria could no longer preserve milk, yet the cells were still alive," stated Kurt Selle, Ph.D. candidate in Dr. Barrangou’s laboratory and lead author on the study. "That result showed that this area was expendable and not essential to bacterial survival when not growing in milk."

Another unexpected and interesting outcome came after the NC State team deleted the milk utilization region within S. thermophiles, they saw a 5% reduction in size of the bacterial genome—when all four regions were eliminated the overall shrinkage was 7%.

"We did not expect that magnitude of reduction in a relatively small genome," Dr. Barrangou said. "When you use pinpointed targeting of a specific portion of the genome, you expect a smaller deletion to occur."

Dr. Barrangou and his team believe that the same techniques they employed for their current study could be used to study essential and nonessential genomic regions in any bacterium of interest—perhaps even be used to target antibiotic resistance genes in bacterial pathogens.

"This work represents a stunning discovery of the grand and expansive genome rearrangements that occurred in beneficial bacteria that evolved to preserve foods, and now present genomic tools that can be used to expand their fermentation properties in the future," stated Todd Klaenhammer, Ph.D., distinguished professor of food science at NC State, and co-author on the current study. "With our ever-increasing awareness of the important role played by beneficial microbes, this opens new avenues for understanding how manufacturing workhorses operate, and how valuable bacteria evolve."