The outbreak caused infections at an unprecedented rate, with over 1,000 confirmed cases and 14 reported deaths nationwide, according to the Centers for Disease Control and Prevention (CDC).

Results demonstrate that the test is extremely effective at identifying various strains of EV-D68 and reduces the amount of time needed to detect the virus.

Earlier procedures for identifying enterovirus strains involved sequencing a region of the virus’s genome, which is too cumbersome to perform on large numbers of patients. The new test can be completed in a few hours, while previous techniques took several days to process. The researchers also said the new test is more specific than commercially available diagnostic tests for enterovirus. 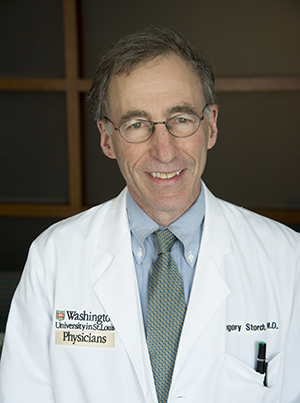 “Commercial tests for respiratory viral infections typically don’t distinguish between rhinoviruses, which cause the common cold, and enteroviruses, and within each of those groups there are many different types,” said senior author Gregory A. Storch, MD, the Ruth L. Siteman Professor of Pediatrics.

“Having a tool to identify which cases of respiratory illness are actually EV-D68 is an advantage for public health,” he added. “These kinds of tests help treatment decisions because it is important to know that the patient doesn’t have influenza or another disease that might require a specific treatment. It’s also important in a hospital for preventing infections because doctors take patients with one particular virus and keep them apart from patients infected with other infectious agents.”

Since details of the test’s technique are published, other labs can use it as a template to create their own tests in the event of another outbreak.

Rhinoviruses and enteroviruses are common causes of respiratory illnesses. Clinicians often don’t test patients for suspected infections with either virus especially when their illnesses are mild. But after last year’s deadly outbreak of the D68 strain, a team of researchers led by Storch and Todd N. Wylie, instructor in pediatrics, started working to develop a test that could target EV-D68.

There are a number of variants of enterovirus D68 that are closely related genetically. But slight variations in their genomes complicate researchers’ ability to detect all variants with one test. Because of this variation, earlier EV-D68 tests will miss some of the EV-D68 variants.

The researchers isolated tiny segments of viral DNA sequences that are common to every D68 subtype but no other virus. Wylie developed a computer program that allows large numbers of DNA sequences to be compared simultaneously. No other lab previously had used public databases in this manner to collect the nucleotide sequences of every variant of D68 available and compare them to the sequences of all other viruses for which sequence data is available. Wylie’s technique made it possible to create a test that identifies every known subtype of enterovirus D68 while excluding all other known viruses.

The new test is more effective than others for EV-D68, including one developed by the CDC in October that was deployed quickly in response to the public health crisis. To assess the new test, the researchers examined known panels of rhinoviruses and enteroviruses. Of the viruses they looked at, the new test did not miss any known samples of EV-D68, and it did not falsely identify EV-D68 in samples that were known to be other viruses. The test retained its accuracy even with tiny amounts of the virus.

“There are a range of D68 viruses, and our assay was designed to detect them all,” Storch said. “We received many samples of enterovirus from other hospitals and ran the test blindly on all of them. In the viruses we looked at, the test worked 100 percent of the time. It only detected EV-D68 strains, and it did detect all of them; the test didn’t detect any of the other enteroviruses or rhinoviruses.”

The researchers described some possible limitations of the new test. There are many viruses with sequences that are not available and could not be considered in designing the test. In addition, the researchers said that EV-D68 potentially could mutate in the future so that the assay might fail to detect it.

The new test was made possible by earlier work by Kristine M. Wylie, PhD, assistant professor of pediatrics, and colleagues in the Department of Pediatrics and at the university’s McDonnell Genome Institute, who sequenced the genome of EV-D68 that circulated in St. Louis last year. One future area of research is to investigate whether Wylie’s technique can serve as a template to create more tests for other viruses whose genomes have been sequenced.

Benefits of Quality Control in the IVT RNA Workflow