Did You Hear The One About The Two Businessmen On A Plane?

Complete the form below and we will email you a PDF version of "Did You Hear The One About The Two Businessmen On A Plane?"

In the late 1990s you couldn’t move without meeting someone who had just raised money to create a start up. The dot-com bubble was growing exponentially, month on month, unwittingly headed closer and closer to its demise.  Many of these companies were constructed on shaky business models, or had leaders who lacked operational experience. But all had managed to raise a LOT of money.  Unfortunately, many of these “next best things” spent their new found capital lavishly; expensive advertising, ergonomic cubicles in high-rent facilities, and the like.

Stories of how the companies were founded are mostly tinged with romance too; broke college students inspired by a pattern in their bowl of Ramen Noodles, out-of-work software engineers tinkering in their garage, or, as in the case of EquipNet, which is celebrating its 15th anniversary this year, a chance meeting between two people on an aeroplane.

Flying high
In the early spring of 1999 a 737 took off from O’Hare in Chicago headed to Logan in Boston. One of the passengers on that plane was an industrial equipment dealer flying home after attending a pharmaceutical machinery auction. By chance, or fate, the equipment dealer was seated next to a business consultant who specialized in website start-ups. 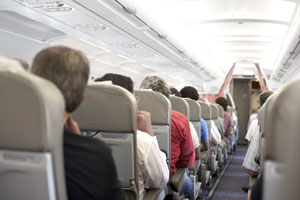 Introductions were made and the topic of conversation turned to their professions. The consultant explained that he and his business partner were, what he called, “venture catalysts.” They had access to angel investors as well as venture capitalists and provided business plans and start-up management to companies with great ideas. But the thing that intrigued the equipment dealer the most was the fact that the consultant’s latest venture was with a company that had created an online auction platform.

The dealer confessed that he had been thinking about the best way to sell industrial equipment over the web and knew that if done correctly, it would revolutionize the way that companies buy, sell, and manage their surplus capital assets.

Contact information was exchanged and a meeting was set up, this time in the equipment dealer’s office.  That meeting led to the development of a business plan, and on May 12, 1999 EquipNet was founded.

By July, supported by angel investors, the company hired its first two employees, a web developer and a marketing professional.  This team of two developed an online equipment auction site in less than a month and on August 12, 1999 the site launched with inventory from the equipment dealer’s existing stock. At first, each online auction ran for two-weeks.  Marketing included outbound calls, some rudimentary emails, and fax blasts. EquipNet’s first sales closed on September 12, 1999.  In the next three months, four other employees were hired in sales and IT.

Boom to bust
In the summer of 1999 there were four companies that were legitimately trying to sell industrial equipment online.  In the summer of 2000 there were around 65 companies doing the same thing. By the summer of 2001, there were eight.  The bubble had burst.
Within this time, however, EquipNet was still able to raise venture capital in two rounds of modest funding.  The ability to raise money while investors were running away from dot-coms, was due to the fact that the EquipNet business model had real substance and, at the end of the day, was not a dot-com at all.
The company immediately understood that the web was just a tool like the phone or even the fax machine. The web was NOT in and of itself the business model.  By the spring of 2000, EquipNet began to concentrate on creating an asset management program for large manufacturing companies that would allow them to; identify, evaluate, track, relocate, and sell idle and surplus equipment from throughout their enterprise. In the summer of 2000, EquipNet launched ARMS (Asset Redeployment Management System), the most widely used asset management system in the world.  Today, this revolutionary, web-based tool is used by over 9,800 registered users in almost 4,000 facilities around the globe.
These individual “ecosystems” serve as the main source of supply to EquipNet.com, which has become the largest online marketplace in the world where people from every sized company or university can buy and sell laboratory instrumentation and manufacturing process and packaging equipment through negotiated sales or auction events.
Fifteen years on
In the company’s first 15 years, they’ve expanding into industries that utilize similar laboratory instrumentation and manufacturing equipment including; bio-pharma, chemical, food, beverage, personal care, and medical devices.  The team has grown from two people in a crowded back room of borrowed space, to now be over 130 people in locations through North America, Latin America, Europe, and Asia.  EquipNet provides full asset management programs some of the biggest corporations in the world; Merck, GE Healthcare, Johnson & Johnson, Novartis, Cargill, Mars/Wrigley, Unilever, Colgate-Palmolive, for example.

There are only a few companies that were born inside the dot-com bubble that reached maturity. Those that survived did so because of strong operational leadership, entrepreneurial employees, and a clear vision of the future.  EquipNet’s vision – ‘to revolutionize the way companies manage their surplus assets’ – first conceived at 30,000 feet somewhere between Chicago and Boston in 1999, has not only stood the test of time, but laid the foundations for a business that is fit for the next 15 years!