Published: May 15, 2018
| Original Press Release from the American Society for Microbiology
News

Published: May 15, 2018
| Original Press Release from the American Society for Microbiology
Credit: jlastras via Flickr under CC BY 2.0 (https://creativecommons.org/licenses/by/2.0/)
Read time:

Complete the form below and we will email you a PDF version of "E. Coli Resistance Gene Combination Found in Chicken Farm "

A team of investigators has isolated colistin-resistant Escherichia coli from a commercial poultry farm in China. Colistin is an antibiotic of last resort against certain bacteria. The research is published in hte journal Antimicrobial Agents and Chemotherapy.

In the study, as part of ongoing surveillance, the researchers from Key Laboratory of Sichuan Province, Sichuan University collected rectal swabs from randomly selected chickens in multiple commercial chicken farms in China.

The researchers found that E. coli from the chickens often carried multiple resistance genes, including one copy of the colistin-resistance gene mcr-1, and one copy of the resistance gene, mcr-3. This is the first report of these two genes on a single plasmid. “The coexistence of mcr-1 and mcr-3 in E. coli isolates may pose a huge threat to public health,” said Dr. Hongning Wang, PhD, Professor of Animal Disease Prevention and Food Safety, Key Laboratory of Sichuan Province, Sichuan University.

Plasmids are genetic elements that can jump from one bacterium to another, and sometimes even from one species to another, often spreading resistance genes.

The resistance genes were contained on a type of plasmid known as IncP. The researchers also found circular pieces of DNA bearing mcr-3, which were derived from IncP plasmids. These so-called circular intermediates often contain “insertion sequences” that encourage their integration into other plasmids, hastening spread of the resistance genes.

“This study was originally designed to isolate strains carrying mcr-1 genes, but it is surprising that there are already strains carrying multiple mcr genes in chicken farms,” said Dr. Wang. “The apparent spread of the same IncP plasmid with one or two mcr genes between different species and a patient, the hospital environment, and animal production is worrying, he said.

The mcr colistin resistance genes, five of which are now known, were only discovered in 2016 (there are also variants on some of the five.) In addition to E. coli, the resistance genes have been found in Klebsiella pneumoniae, Enterobacteriaceae, and aeromonads. 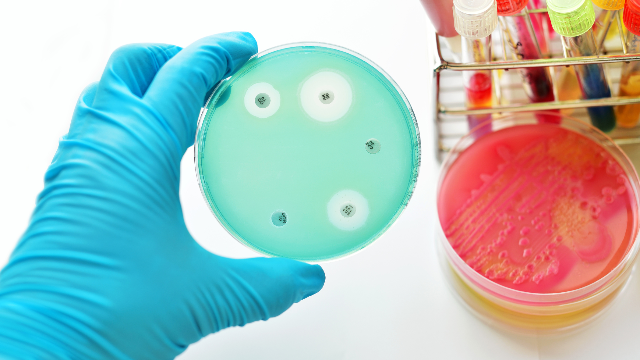 END_OF_DOCUMENT_TOKEN_TO_BE_REPLACED

“It is time to let the public understand the serious consequences of the abuse of antibiotics,” said Dr. Wang. Antibiotic overuse occurs when antibiotics are used to promote growth in livestock, and when doctors prescribe them unnecessarily. “If the last line of antibiotics is breached by bacteria, we will find ourselves in the post-antibiotic era.”

This article has been republished from materials provided by the American Society for Microbiology. Note: material may have been edited for length and content. For further information, please contact the cited source.