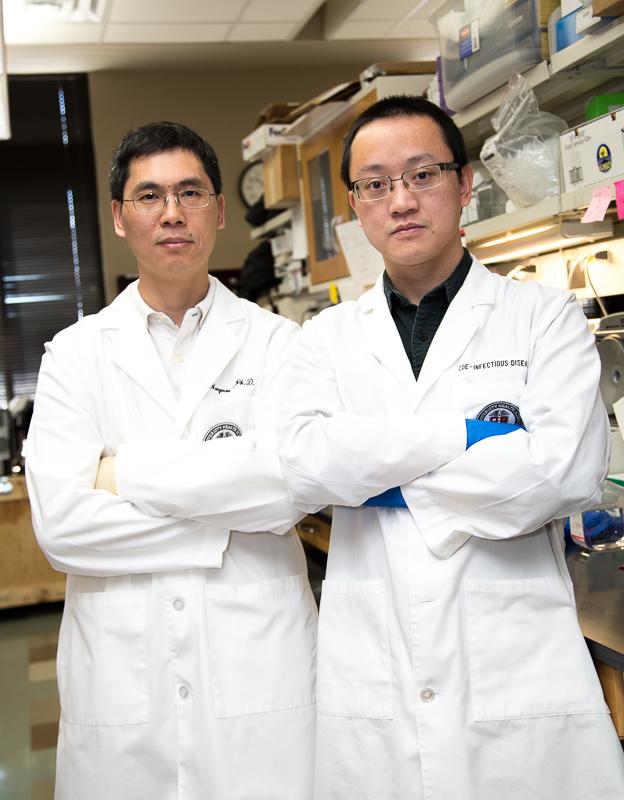 "Scientists all over the world are using CRISPR right now in their studies, but the technology is not as functional as it could be," says Haoquan Wu, Ph.D., who enhanced the process and is a biomedical scientist at Texas Tech University Health Sciences Center El Paso (TTUHSC El Paso).

CRISPR is a groundbreaking technology that allows scientists to modify genes. Two key components make CRISPR's DNA editing ability possible. The first is Cas9, an enzyme capable of cutting DNA. The second component is single guide RNA, which directs Cas9 on exactly which portion of a DNA strain to snip to deactivate the unwanted section.

As a new technology, however, CRISPR still has room for improvement. The technology's ability to delete, or knockout, genes is not consistent. These problems prompted Wu to wonder if he could improve CRISPR's overall ability to target and eliminate genes.

"I wouldn't say there's anything wrong with CRISPR as it is, but I would say that there's a lot of room for improvement since it's a new technology," he explains. "And we wanted to test to see if we could make it better by changing the single guide RNA."

The idea paid off. In a recent paper Wu and his team of TTUHSC El Paso researchers describe how they were able to achieve knockout efficiency of greater than 50 percent by tweaking the sequence of the single guide RNA template. The researchers specifically extended it by 5 base pairs. They also modified other characteristics of the duplex.

"The extent of the improvement in knockout efficiency with these changes was striking," Wu says. "This is going to help reduce concerns that knockout experiments might not work, and also significantly increase the efficiency of more challenging editing procedures like gene deletion."

The TTUHSC El Paso team, which included major contributions from post-doctoral researcher Ying Dang, Ph.D., plans to continue studying this modified single guide RNA template to better understand why it enhances CRISPR's functionality. They've also applied for a patent for their new method, which they hope will be adopted by other scientists using CRISPR.