Molly Campbell is a senior science writer at Technology Networks. She holds a first-class honors degree in neuroscience. In 2021 Molly was shortlisted for the Women in Journalism Georgina Henry Award.
Learn about our editorial policies
Credit: Unsplash.
Read time:

The origin of SARS-CoV-2

A pre-print paper that suggests unusual features of the SARS-CoV-2 genome point towards a laboratory modification, rather than natural evolution, has generated a strong reaction amongst the scientific community.

The origin of the SARS-CoV-2 virus that has caused the COVID-19 global pandemic has been at the center of extensive research, debate and controversy. Where did it come from? Who is patient zero? It is a question that we can't answer with complete certainty.

One theory – the notion that the virus was created in a laboratory and released deliberately – has been refuted by many scientists across the globe. Dr Michael Head, senior research fellow in global health at the University of Southampton, emphasized that such theories could be "damaging for public health".

A new pre-print study shared by Yan, Shu and Hu, is the latest research study to make this suggestion.1 The scientists claim that their analysis of the genomic, structural, medical and literature evidence surrounding SARS-CoV-2 contradict the natural origin theory. The abstract of the pre-print states: "The evidence shows that SARS-CoV-2 should be a laboratory product created by using bat coronaviruses ZC45 and/or ZXC21 as a template and/or backbone. Building upon the evidence, we further postulate a synthetic route for SARS-CoV-2, demonstrating that the laboratory-creation of this coronavirus is convenient and can be accomplished in approximately six months."

Pre-prints, a point of controversy in scientific publication 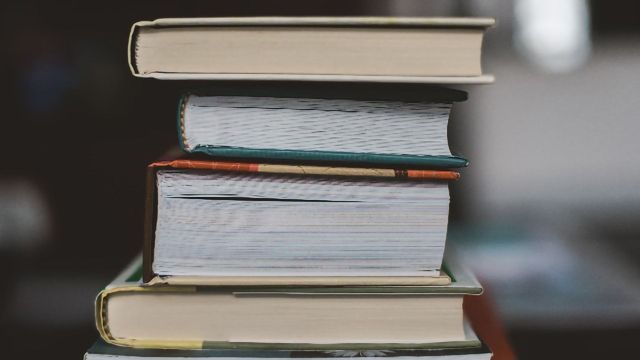 END_OF_DOCUMENT_TOKEN_TO_BE_REPLACED

A pre-print document, the study has not yet been peer-reviewed. On this matter, Dr Gkikas Magiorkinis, assistant professor of hygiene and epidemiology, and scientific coordinator of the National Reference Centre for Retrovirus, said: "[The paper in question] is a preprint publication which means it has not passed through a peer-review process. The peer-review process is an essential part of scientific publications, it means that independent scientists have read the study and have concluded that it is sufficiently robust and valid."

Pre-prints are a controversial aspect of the scientific publication process. Whilst they make it quicker and easier to access scientific data, the lack of peer-review means that there could be flaws to the study that are yet to be identified. As such, it is encouraged that the results of pre-prints are interpreted with caution.

Dr Andrew Preston, reader in microbial pathogenesis at the University of Bath, said: "The report does not appear to start with an open hypothesis about the origin of SARS-CoV2. The language of the report is reminiscent of a conspiracy theory." Moving from a focus on the vocabulary used to the data shared, Preston added: "The report is not based on an objective interpretation of the SARS-CoV2 genome.  The interpretations made are not supported by data, are unsubstantiated and the interpretations are largely stated but not explained."

The authors state that their three lines of evidence suggesting laboratory manipulation is part of SARS-CoV-2's history are:

In his response to the pre-print data, Magiorkinis referred to published peer-reviewed data that contradicts such suggestions: "In our peer-reviewed paper, we analyzed the SARS-CoV-2 genome in comparison with available coronavirus sequences and by means of molecular evolution analyses.2 We saw that the genome of SARS-CoV-2 is more than 95% similar to another coronavirus RaTG3 isolated from bats. In another analysis, another group retrieved closely related to SARS-CoV-2 coronaviruses from pangolins and thus it was clearly shown that closely related coronaviruses have animal reservoirs."3

Daniel Altmann, professor of immunology at Imperial College London said: “Analysis of the origins of SARS-CoV-2 has been one of the most contentious area in research during this pandemic. For my taste, the bulk of the data fit with the consensus that this is a virus transferred to humans from bats or pangolins, where one can find terribly similar coronaviruses. Thus, this study is interesting, but perhaps an outlier opinion.”

Head emphasized that the conspiracy has been "doing the rounds" throughout the pandemic and could have negative implications for how the general pubic respond to the virus: "Ultimately, it could be damaging to public health if reported uncritically without looking at the wider evidence. If people are exposed to and then believe conspiracy theories, this will likely have a negative impact on efforts to keep COVID-19 cases low and thus there will be more death and illness than there needs to be."

What are your opinions on sharing scientific data before it has undergone peer-review? Does the benefit or speed outweigh questions on the reviewing of research prior to publication? Let us know your thoughts in the comments below.
References: