De-extinction, a process whereby scientists “resurrect” an organism that is – or resembles – an extinct species, was once talk of science fiction. Now, advances in genomic technologies have made it a forthcoming reality.

Technology Networks recently covered the work of Colossal, a biotech company co-founded by the renowned geneticist Professor George Church and serial entrepreneur Ben Lamm. Colossal has gathered $15 million in funding to create a hybrid creature possessing both woolly mammoth and Asian elephant genes. The company envisions that this hybrid giant could restore the biodiversity of the Arctic tundra, a stark landscape covered in permafrost, containing trapped carbon. 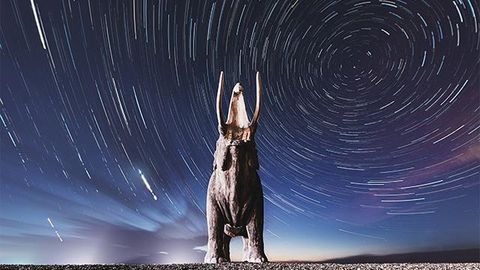 END_OF_DOCUMENT_TOKEN_TO_BE_REPLACED

Last month, the University of Melbourne announced it had been gifted $5 million to establish the Thylacine Integrated Genetic Restoration (TIGRR) laboratory. Led by Professor Andrew Pask, the laboratory will develop technologies to “resurrect” the thylacine (also referred to as the Tasmanian tiger).

Other, smaller creatures are also candidates. The non-profit Revive & Restore’s five stages of de-extinction plan aims to – as the organization’s name suggests – revive and restore the passenger pigeon to the Eastern forests of the United States. It suggests that reintroducing the pigeon would stimulate cycles of regeneration, making forests more productive and diverse.

“I am fascinated about the idea and technology involved in de-extinction,” says Professor Tom Gilbert, evolutionary geneticist at the University of Copenhagen. “I’m also however a bit of a nerd when it comes to methods […] and like to think about the potential but also limits.”

That’s the focus of Gilbert’s new study, published in the journal Current Biology, where his team used the Christmas Island rat (Rattus macleari) as a model to explore such limitations in de-extinction via one particular method – genome editing.

There are three potential approaches for de-extinction: back-breeding, cloning and genetic engineering. The idea behind using genetic engineering is quite simple according to Gilbert: “Genome editing is a technique that allows you to take a living cell, and change the sequence of the DNA in it, at very specific pre-chosen positions.”

He adds, “If scientists know exactly where an extinct species’ genome differs to a living relative, they can (in theory) use genome editing to introduce those changes into the genome of the organism that is living. Here’s a simple analogy. Say you take a text written in word in US English, and I tell you that UK English often replaces the letter Z with S. Well you could just go through and do a replace of all the Z with S. You haven’t changed much of the text, but now it’s different at key places. Same idea really.”

Genetic engineering is constrained by its reliance on an in-depth understanding of the extinct organism’s genome, which is why Gilbert focused on the Christmas Island rat, which went extinct between 1898 and 1908. “It has got a lot going for it. The rat is a good place to start as rats are very widely used model systems in genetics,” he explains. “Secondly of course we could get samples of the Christmas rat… if there are no samples, there is no DNA. Thirdly, I had worked on it previously in a project looking at why it may have gone extinct (pathogens!) lead by Alex Greenwood, maybe 15 years ago. It was always on my mind. Lastly for practical reasons, if you did want to bring something back, maybe starting with a rat is easier than say, mammoths, thylacines etc.”

Gilbert and colleagues re-sequenced the Christmas Island rat genome and compared it to reference genomes of living members of the Rattus species. “We then explored how evolutionary divergence from the extant reference genome affected the fraction of the Christmas Island rat genome that could be recovered,” the authors write in the paper. Their analyses show that, even when a high-quality genome is used as a reference (the Norway brown rat), almost five percent of the genome sequence is unrecoverable. In total, 1,661 genes were recoverable, and 26 were completely absent. Several of the missing genes are implicated in the rat’s sense of smell, meaning a “de-extinct” version of the Christmas Island rat would not physiologically process smells in an identical manner to the original rat.

Never say never, though. “We have some set assumptions that we can never get better DNA from our Christmas Island rats. But maybe we’re wrong. Maybe a special method will come that allows us to recover more DNA, or a Christmas Island rat is found deep frozen in an early freezer or preserved in a way that means the DNA is of better quality. That would have some effects on our results. But still would probably not change the overall picture,” Gilbert says.

Why not start small?

The research team are keen to move beyond computational studies and run some laboratory experiments, whereby they would introduce edits into a living relative of the Christmas Island rat and explore what effect they have. “Is it even possible or do you just get a very screwed up hybrid?” Gilbert asks.

When asked why he believes it is important to explore de-extinction in organisms beyond those considered “grandeur”, Gilbert believes that it is problematic not to, but that it depends on the scientist’s goal. “If your goal is to make money, inspire people or something along those lines, of course, focus on something people will care about. If your goal, however, is to bring something back because you hope it will have an important role to play in the ecosystem, then are we sure the big things are those with the biggest roles? Surely a prior decision should be which species are likely to have the biggest actual impact? I guess this can be assessed based on modern species,” he says. “If it is because you feel generally guilty about how we humans eradicated life, then surely all things should be loved equally?”

He adds that a further problematic goal is that, if you are considering de-extinction from an ethical or philosophical perspective, likened to “owing something back to nature”, why stop at the good things? “What about the bad things?”, he says, “The pathogens now eradicated? It is obvious why we wouldn’t want to do this, but if the individual is thinking about de-extinction philosophically, it gets tricky.”

Clearly, there are a number of ethical and societal considerations surrounding de-extinction. As far as the science is concerned, Gilbert and colleagues’ work emphasizes the requirement for a high-quality genome for the extinct species, should genome editing be utilized as the method of choice. While de-extinction projects continue in different parts of the world, Gilbert is hesitant as to whether it is the most appropriate use of scientific effort and resources. “I love the idea and technology behind rewilding with extinct species. I’m not however sure it’s the best use of money in a world of finite resources, however. There are a lot of living species hanging on that could do with the resources. Of course, if money isn’t an issue, I’m all for it. But I rarely suspect that’s the case,” he concludes.