The team behind the Deciphering Developmental Disorders (DDD) Study, one of the world's largest nationwide rare disease genome-wide sequencing initiatives, have developed a novel computational approach to identify genetic variants that cause disease in young children. This approach is only made possible by contrasting the DNA of children with severe developmental disorders of unknown genetic cause, with the DNA from individuals without overt developmental disorders. These research participants were drawn from around the globe.

There are over 1,000 different genetic causes of developmental disorders that have already been identified, but these only account for about one third of all children with such disorders.Most individual developmental disorders are so rare that they confound efforts to uncover their causes, hence the importance of taking a nationwide approach. 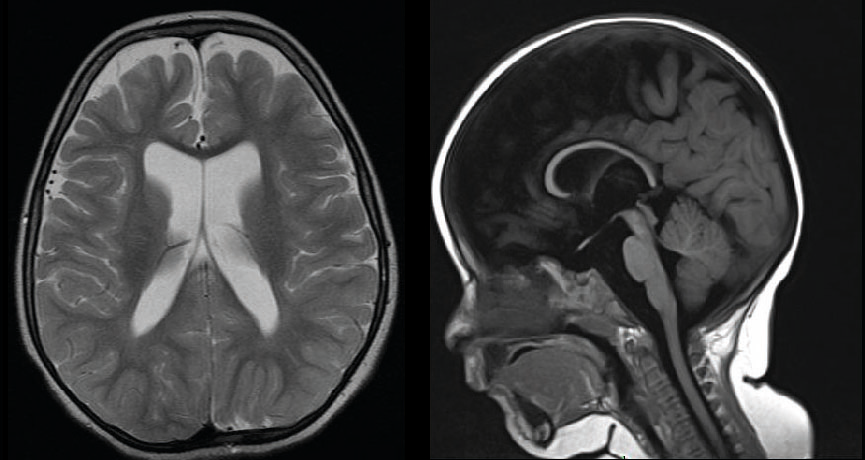 In the study the DDD team analysed samples from more than 4,000 families from across the UK and Republic of Ireland with at least one child affected by a developmental disorder and applied a computational strategy to identify clusters of affected children that had similar clinical characteristics and shared damaging genetic variants in the same gene. Comparing the variants observed in these genes in the affected children with genetic variation observed in over 60,000 research participants - who have agreed to share their genetic data to support medical research - allowed the team to identify four previously uncharacterised genetic disorders.

The power of the study is built on the contribution of many thousands of people who have agreed to share genetic data to support medical research, and the work of the Exome Aggregation consortium (ExAC) in bringing those data together and making them available widely.

"With the contribution of many thousands of people to medical research, we have the power to uncover mutations behind some devastating conditions," says Dr Matthew Hurles, project leader at the Wellcome Trust Sanger Institute. "Their altruism can unlock the secrets in our genomes, providing answers to families desperate to understand their child's condition and enabling those families to access support and engage in further studies researching possible therapeutic strategies."

The DDD team focused on genetic disorders where a child inherits a damaged copy of a gene from both parents, neither of whom have the disorder because they also carry an undamaged 'back-up' copy of the gene. Defining genetic variants that cause such rare disorders has previously most often relied on studies of extensive family trees, where several people are affected with the same disorder, or of studies of unrelated individuals sharing the same, very distinctive, disorder. For many developmental disorders, these requirements are not met.

The team screened genes encoding over 18,000 proteins in the families' genomes, searching for variants that might prevent each protein from working, and uncovered 74 genes in which mutations might play a role. For four of these genes, comparisons with the ExAC dataset revealed that these damaging variants were greatly enriched in the affected children compared to individuals without developmental disorders.

The children's conditions were systematically clinically assessed to objectively characterise the disorder. This systematic assessment was essential for large-scale computational analysis.

"It is only by combining large datasets with computational analysis and systematic description of the clinical conditions that we can identify these causative variants," says Professor David FitzPatrick from the MRC Human Genetics Unit at the University of Edinburgh. "The distinctiveness of both genotype and phenotype was used to discover rare recessive disorders. The genotype score was especially useful for those with less specific clinical presentations. The combined score identified ultra-rare but clinically-recognisable syndromes,"

"This doesn't bring new treatments but, without knowing the underlying genetic cause, we don't even know where to start that search. A genetic diagnosis helps families in their understanding of their child's disorder, can help them to access other support and allow them to engage in further studies researching possible therapeutic strategies."

The damaging variants in children with developmental disorders affected genes involved in brain development, configuring of the heart and other organs in early embryonic development, and bone growth. For each of the four new disorders, additional support came from observing that mice having a mutation in the equivalent gene shared many characteristics that resembled the human condition.

"New strategies for discovering the genetic causes of rare disease are desperately needed," says Dr Daniel MacArthur, Assistant Professor at Harvard Medical School and the coordinator of the ExAC project, who was not involved in the study. "This study shows the value of clever analysis methods, together with genetic data from populations around the world from the ExAC project, to find answers for rare disease families."

How Do You Become a Scientific Entrepreneur?