Molly Campbell is a senior science writer at Technology Networks. She holds a first-class honors degree in neuroscience. In 2021 Molly was shortlisted for the Women in Journalism Georgina Henry Award.
Learn about our editorial policies
Credit: Charles Deluvio on Unsplash.
Read time:

Over recent years there has been an explosive amount of research exploring the human microbiome.

The microbiome refers to the community of microbes, including fungi, bacteria, viruses, bacteriophage and protozoa, that live together in a habitat. This habitat may be the gut, the skin, or the genitalia, for example. 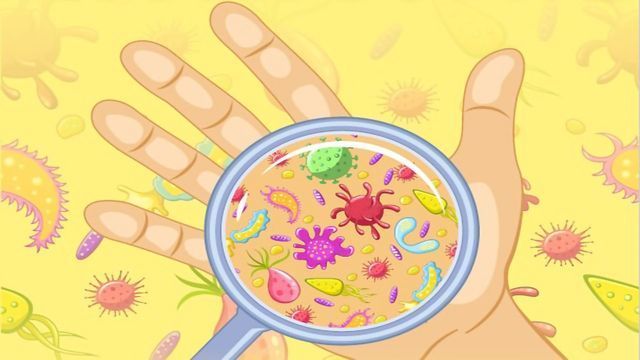 END_OF_DOCUMENT_TOKEN_TO_BE_REPLACED

The increase in research in this area has led to an acknowledgement that the microbiome contributes to both healthy and diseased states in humans. However, the mechanisms behind this contribution are not definitively understood and are being explored by scientists.

It's important for scientists to know which microbes live on a healthy body, and which microbes may be pathogenic. The heterogenous nature of microbes from one area of the body to another makes it difficult to constitute what a "normal" microbiome is. Genomics is offering a helping hand here, as genetic sequencing offers a snapshot into which bacterial communities are present in certain samples.

One area of clinical interest is the microbial community that call the vagina home. The genetic and functional diversity of such microbiota has remained somewhat elusive to scientists. Thus far, research has shown that "optimal" vaginal microbiomes are dominated by one or more species of Lactobacillus, including Lactobacillus crispatus, L. gasseri and L. jensenii, believed to produce lactic acid that contributes to the acidic environment in the vagina and protects against infections. However, further investigation is required.

VIRGO has been released as a public resource that can be utilized by scientists exploring the role of microbes in gynecological health conditions. Its development is described in a publication led by Bing Ma, PhD, Research Associate in the Department of Microbiology and Immunology at IGS, available in Nature Communications.

Ma said: "The value of VIRGO is that it functions as both a central repository and a highly scalable tool for fast, accurate characterization of vaginal microbiomes."

Of further benefit is that VIRGO is user friendly. Ma adds: "VIRGO is particularly useful for users with limited computational skills, who want to analyze a large volume of sequencing data and with access to limited computing infrastructure.”

The catalog contains almost 1 million genes, each of which is annotated with the name of the bacterium that carries it and its function. The scientists behind VIRGO hypothesize that it contains >95% of all genes found in the vaginal microbiome.

The utility of VIRGO was demonstrated in the analysis of over 1,500 vaginal metagenomes, which revealed that the bacteria occupying the vagina are more diverse than once thought, suggesting that women carry their own "personalized" bacteria.

“This finding is a paradigm changing discovery, as it moves the field away from the idea that a single strain of Lactobacillus is responsible for an optimal microbiome,” said Jacques Ravel, PhD, Professor of Microbiology and Immunology, Associate Director and Senior Scientist at the IGS.

The next steps for the IGS researchers include further exploration into the contribution of the vaginal microbiome in pathologies such as vaginosis, sexually transmitted diseases, and also in the issue of preterm birth.