Scientists funded by the National Eye Institute (NEI) report a novel gene therapy that halts vision loss in a canine model of a blinding condition called autosomal dominant retinitis pigmentosa (adRP). The strategy could one day be used to slow or prevent vision loss in people with the disease. NEI is part of the National Institutes of Health.

“We’ve developed and shown proof-of-concept for a gene therapy for one of the most common forms of retinitis pigmentosa,” said William Beltran, D.V.M., Ph.D., of the University of Pennsylvania School of Veterinary Medicine, Philadelphia, a lead author of the study, which appears online today in the Proceedings of the National Academy of Sciences.

Retinitis pigmentosa refers to a group of rare genetic disorders that damage light-sensing cells in the retina known as photoreceptors. Rod photoreceptor cells enable vision in low light and require a protein called rhodopsin for their light-sensing ability. People with adRP caused by mutations in the rhodopsin gene usually have one good copy of the gene and a second, mutated copy that codes for an abnormal rhodopsin protein. The abnormal rhodopsin is often toxic, slowly killing the rod cells. As the photoreceptors die, vision deteriorates over years or decades. Scientists have identified more than 150 rhodopsin mutations that cause adRP, challenging efforts to develop effective therapies.

Gene therapy introduces genetic material, like shRNA, into cells to compensate for abnormal genes or to make a beneficial protein. Often adapted from viruses, vectors are engineered to effectively deliver this genetic material into cells without causing disease.

The researchers tested their gene therapy construct on dogs with a rhodopsin mutation. As in people with adRP, these dogs slowly lose their rod photoreceptors. In the dogs’ retinas, the construct knocked down about 98-99 percent of rhodopsin (both mutated and normal). But because normal rhodopsin is required for the rods to detect light, the researchers added a “hardened” shRNA-resistant rhodopsin gene to the same vector.

Initially, the researchers tried using two separate vectors to deliver the shRNA and rhodopsin replacement, but getting the right amount of each into all the cells without overloading the retina with viral vector was challenging.

“The problem is balance,” said Lewin. “We wanted to be sure that every cell that got the shRNA also got the replacement, so we made a single adeno-associated viral vector that did both.” 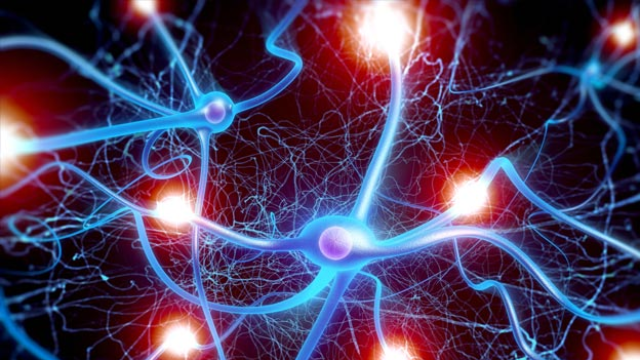 END_OF_DOCUMENT_TOKEN_TO_BE_REPLACED

When treated with the combined vector, the dogs maintained healthy, functional photoreceptors, and because the vector was designed to produce human rhodopsin, it could potentially work in humans as well.

“This all-in-one, remove-and-replace approach needed a lot of fine-tuning,” Beltran said. “The naturally-occurring dog model of adRP was critical. Only in a model where you have natural levels of both the mutant and wild-type copies can you actually test that fine-tuning and see whether you’re knocking down sufficiently; whether you’re replacing sufficiently,” he added.

The team hopes to start pre-clinical safety studies within the next year or two, with the goal of eventual human trials. Because the treatment prevents photoreceptor loss rather than regenerating photoreceptors, it could be helpful for patients who have slowly progressing forms of adRP, and whose retinas include areas with living rod cells that can be treated.

“The beauty of this novel gene therapy product is in its elegant vector design. I hope it works as well in humans, too,” said Neeraj Agarwal, Ph.D., translational research program director at NEI.

This article has been republished from materials provided by the National Institutes of Health. Note: material may have been edited for length and content. For further information, please contact the cited source.