There has been great advancement in our understanding of genomics in recent decades, with the completion of The Human Genome Project in 2003 and the technological advances in our ability to sequence DNA. But for many years, a large portion of the genome (~ 97%) was dismissed and incorrectly branded as "junk" on the basis that it did not code for proteins. Whilst some research groups pondered over the role of this mysterious part of the genome, the majority of the noughties genomics research focused on exons, DNA sequences that encode proteins.

However, research studies by consortiums such as ENCODE started to reveal that this "junk" landscape was simply misunderstood. “Junk DNA is largely made up of highly repetitive stretches of DNA and it is therefore challenging to ”read” these sections of our genome. However, recent technological advances have revolutionized genomic research. We are now able to analyze the genomes of 10,000s of individual cells in a short amount of time," said Dr Christoph Treiber, a postdoctoral research scientist in the Centre for Neural Circuits and Behaviour at the University of Oxford.

We now know that the non-coding portion of the genome possesses various different genetic elements with functional properties that are necessary for cell biology, an example being transposable elements, or transposons.1

What are transposons?
Transposons are fractions of the genome that are often nicknamed "jumping" genes due to their ability to move from one location in the genome to another. They were discovered by the late cytogeneticist Barbara McClinktock; research that earned her the 1983 Nobel Prize in Physiology. Transposons represent ~ 44% of the human genome, ~ 37% of the mouse genome, and over 80% of certain plant species' genomes, such as maize.2,3
There are many different types of transposons, and they have been allocated some pretty interesting names over the years, including flea and hobo. Broadly speaking transposons are divided into two categories:
Retrotransposons
Also known as class I transposons, they first require the transcription of DNA into RNA, before the enzyme reverse transcriptase makes a DNA copy of the RNA, which can be inserted into a new position in the genome. Likened to the copy and paste mechanism on in a Word Document.
DNA transposons
Also known as class II transposons, they move often by a "cut and paste" mechanism whereby the transposon is effectively "cut" from its location in the genome and inserted directly into a new position.4

The impact of transposons, or "jumping" genes, depends largely on where they land. They can be an important source of genetic mutations, the potential adverse effects of which has led to them often being referred to as "DNA parasites". However, they are also considered to be key drivers of evolution as they contribute to heritable genetic variation, which diversifies species.

Emerging research has also proposed that transposons are able to introduce non-heritable genetic changes in somatic cells, specifically neurons.5 In the brain, transposon insertions could drive the physiology of a specific group of neurons, contributing to specific brain functions such as behavior or cognition – effectively "rewiring" the brain. It also opens the possibility that transposons could be implicated in pathologies such as neurodegeneration or age-associated cognitive decline.

This is Treiber's research focus at the University of Oxford, and the subject of his latest paper published in Genome Research in collaboration with Professor Scott Waddell.7 The research team used novel single-cell sequencing methods to analyze the expression of transposons in the brains of Drosophila melanogaster fruit flies. The Drosophila fly is a commonly adopted model that has been used in the fields of genetics and neuroscience for the last century.6 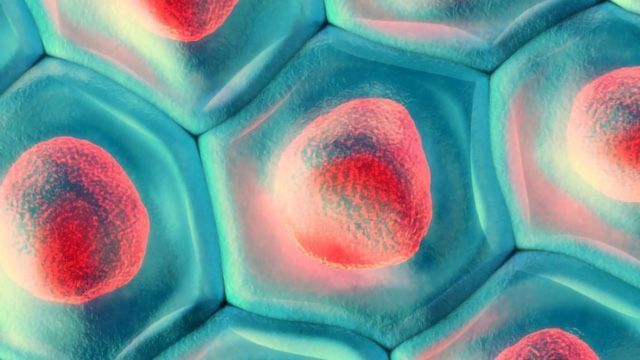 END_OF_DOCUMENT_TOKEN_TO_BE_REPLACED

In the past, somatic transposons have been extremely difficult to analyze as they occur in single DNA molecules, but single-cell sequencing has proven to be a real game changer according to Treiber.

"Being able to access the transcriptome of 10,000s of cells from the brain in a single experiment enables us to analyze many cell types in parallel. And it enables us to shed light on the complex expression patterns of transposons," he told Technology Networks, adding, "In our research group, we have pioneered the application of these new tools in the fly brain."

An important role for transposons in the brain?

Analysis of the Drosophila brain at the single-cell level revealed that transposon expression was not random – it occurred in a pattern. "Amazingly, when we looked at the “junk” sections of the genomes in the brain, a clear pattern started to emerge," Treiber commented. "Our key finding is that transposons are not expressed randomly in the brain. Instead, we found their expression is driven by the genes that surround them."

In addition, the scientists found a range of neural genes for which a substantial amount of their mature mRNA transcript pool contained transposon sequences. They would sometimes occur in the open reading frame, in addition to a location where it could impact the translation of the gene, known as the untranslated region, or UTR. "We show that many transposons are spliced into cellular genes and thereby potentially change the structure and function of proteins in the brain," Treiber said.

Of course, a change in the structure and function of a protein could ultimately result in disease, depending on the protein's role. Treiber and Waddell identified 264 transposon harboring genes in the Drosophila brain. Of these 264 genes, there are several examples for which disruption – or alteration – could impact neural function, potentially in an adverse manner. "Flies harboring hobo in Sh and flea in cac might exhibit altered voltage-gated currents, whereas those with roo in AstA-R1 will respond differently to the modulatory Allatostatin A neuropeptide," the authors write in the paper.

When asked why, collectively, the findings led Treiber and Waddell to conclude that the transposons may alter neural function, he said, "The fruit fly brain is a well-established model that is helping us shed light on fundamental principles about how our brain works. Many of the genes that we found altered by transposons have previously been shown to play key roles in a broad range of behaviours. Artificially induced changes of those genes, often induced by transposable elements, can lead to dramatic changes of behaviours."

Developing software for other research areas

In the paper, the authors also note that they are (to their knowledge) the first to explore the proportion of transposon expression in somatic cells that is comprised of exonized transposon fragments.

The ability to achieve such in-depth analysis in the research is attributed to new software tools created by Treiber. When asked to discuss the tools, he said, "Whole-genome sequencing experiments with most higher organisms generate data about “junk” DNA, but this information is usually discarded. Our new software tools enable us to “up-cycle” this “junk” and extract new, valuable data. We optimized our tools for the genome of fruit flies but can easily apply them to data from other organisms, including humans. Hopefully, these tools will inspire many new research projects that investigate the interactions between transposons and genes."

The insights garnered by this work at the single-cell level are certainly interesting for the neurobiology field, but questions still remain. Treiber identified a potential limitation of the research: "So far, we have shown that transposons alter gene transcripts in the brain. We quantified the ratio of these altered versions versus unaltered ones and found that they make up a substantial portion of transcripts. Nevertheless, at this point, it is not certain whether this abundance is also reflected in the pool of proteins in a cell."

The functional consequences of the transposon-altered genes will be the next point of focus for the University of Oxford scientists, both at the cellular and behavioral level. "This is a particularly exciting route to explore because we know that transposon insertions are highly variable within a population. Hence, the close relationship between transposons and genes that we describe in our study could lead to an exciting prospect: “junk” DNA could play a key role in making individuals behave idiosyncratically," Treiber concluded.