Molly Campbell is a senior science writer at Technology Networks. She holds a first-class honors degree in neuroscience. In 2021 Molly was shortlisted for the Women in Journalism Georgina Henry Award.
Learn about our editorial policies
Credit: Dmitry Grigoriev on Unsplash.
Read time:

In a new study published in the journal Science, researchers from The University of Texas at Austin outline their novel approach to protecting honey bees at risk of colony collapse – genetically engineered bacteria.

What is colony collapse?

Colony collapse disorder occurs when the majority of worker bees within a colony disappear and leave behind a queen, surplus food and a limited number of nurse bees to take care of the queen and any immature bees in the colony.

The number of bee colony deaths continue to rise, according to the Bee Informed Partnership's latest survey. The results show that for the entire survey period (1 April 2018 – 1 April 2019), beekeepers in the U.S. lost an estimated 40.7% of their managed honey bee colonies – slightly higher than the rate of loss reported in the 2010-2011 survey (37.8%).

A common parasite, the Varroa mite, is a major contributor to colony loss, in addition to the deformed wing RNA virus. Varroa mites and deformed wing virus often come hand-in-hand. The mites feeding on the bees spread the virus and thus weaken the bees’ immune system, meaning they are more vulnerable to environmental pathogens.

In addition to parasitic guests, honey bees are also host to the symbiotic gut bacterium Snodgrassella alvi (S. alvi). The bacterium contributes to the honey bee's microbiome, and act as an antiviral defense against RNA viruses. Upon introduction of an RNA virus into the honey bee, the bacterium produces double-stranded RNAs that healthy cells can detect and subsequently trigger an RNA interference (RNAi) response.

“You usually only get signs of these molecules when an RNA virus is replicating,” said Nancy Moran, Professor of Integrative Biology at the University of Texas at Austin. "It’s a signal that this might be an evil thing and you should attack it.”

Moran and colleagues decided to utilize the symbiotic gut bacteria to create, essentially, an internal medicine "pump", that produces medicines to protect the bees against Varroa mites and deformed wing virus.

Novel method is the "bee’s knees"

“This is the first time anyone has improved the health of bees by genetically engineering their microbiome,” added Sean Leonard, a graduate student and first author of the study.

They engineered a strain of bacteria to specifically target the virus and another to target mites. They found that, using these methods, the bees' immune systems were primed to defend against both the virus and the mites.

Upon analysis, the bees treated with the strain of bacteria targeting the bacteria were 36.5% more likely to survive until day 10 when compared to controls. The Varroa mites feeding on a set of bees that were treated with the mite-targeting genetically engineered bacteria were 70% more likely to die by day 10 than the mites that were feeding on control bees. 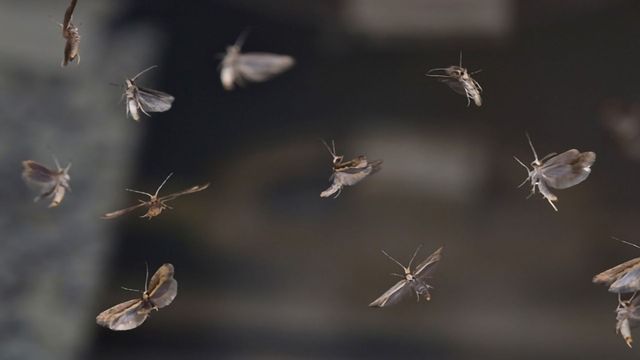 END_OF_DOCUMENT_TOKEN_TO_BE_REPLACED

Is the work of Moran and team a viable solution to preventing pest-related issues in honey bees? It's possible, and the fact that the bacterium used in the experiment are highly specialized and cannot survive outside of the bee gut for long, is certainly a bonus.

However, the authors caution that further work is required to assess the effectiveness and safety of the treatments if they are to be used in an agricultural setting.

A second application of this research is the creation of a tool for studying bee genetics. The ability of the engineered bacteria to knock down host genes in the bee permits the study of the bee genome, which could enable research into novel breeding strategies.