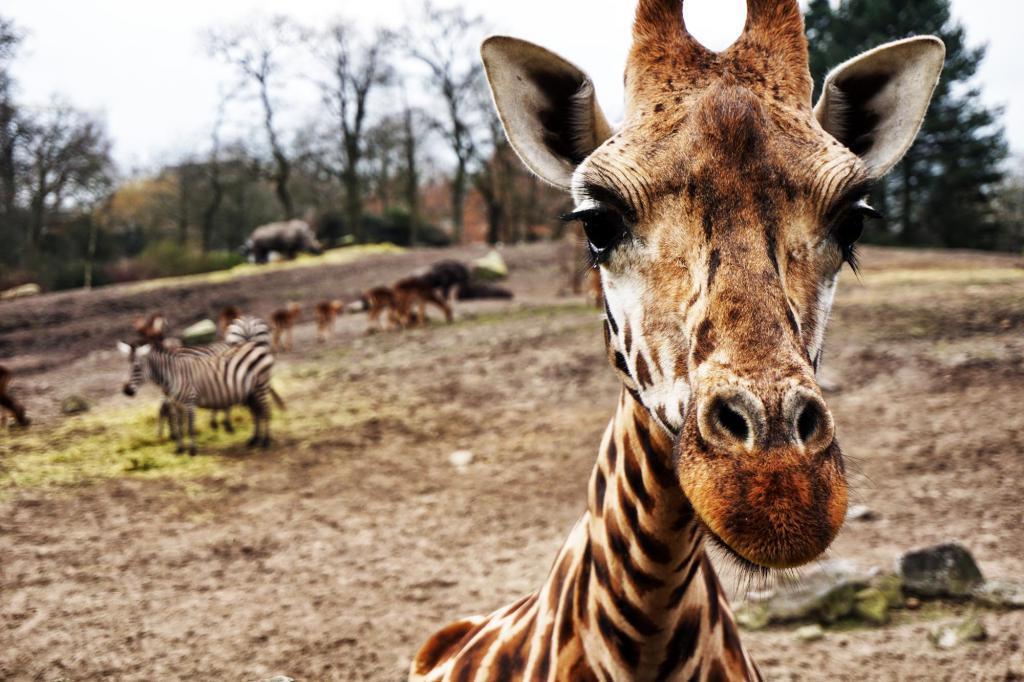 Up until now, scientists and the world had only recognised a single species of giraffe comprising of nine subspecies. But, according to the most inclusive genetic analysis of giraffe relationships to date, giraffe actually are not one species, but four. For comparison, the genetic differences among giraffe species are at least as great as those between polar and brown bears.

The unexpected findings reported in Current Biology highlights the urgent need for further and in-depth study of the four genetically isolated species and for greater conservation efforts for the world’s tallest mammal, the researchers say.

“We were extremely surprised, because the morphological and coat pattern differences between giraffe are limited,” says Dr. Axel Janke, a geneticist at the Senckenberg Biodiversity and Climate Research Centre and Goethe University in Germany. “Giraffe are also assumed to have similar ecological requirements across their range”, he added, “but no one really knows, because this megafauna has been largely overlooked by science.”

Giraffe are in dramatic decline across their range in Africa. Their numbers have dropped substantially over the last three decades, from more than 150,000 individuals to fewer than 100,000. Despite that, the researchers say that there has been relatively little research done on giraffe in comparison to other large animals, such as elephants, rhinoceroses, gorillas, and lions.

About five years ago, Dr. Julian Fennessy of Giraffe Conservation Foundation (GCF) based in Namibia approached Dr. Janke to assist with genetic testing of the giraffe. Dr. Fennessy wanted to know how similar (or not) giraffe living in different parts of Africa were to each other, whether past translocations of giraffe individuals had inadvertently “mixed” different species or subspecies, and, if so, what should be done in future translocations of giraffes into parks or other protected areas.

In the new study, the collaborative research team examined the DNA evidence taken from skin biopsies of 190 giraffe collected by Dr. Fennessy and partners all across Africa, including regions of civil unrest. The extensive sampling includes populations from all nine previously recognised giraffe subspecies.

The genetic analysis shows that there are four highly distinct groups of giraffe, which apparently do not mate with each other in the wild. As a result, they say, giraffe should be recognised as four distinct species. Those four species are:

• Masai giraffe (Giraffa tippelskirchi), confirmed to be identical to Thornicroft’s or Rhodesian giraffe

The discovery has significant conservation implications, the researchers say, noting that the International Union for Conservation of Nature and Natural Resources (IUCN) Species Survival Commission (SSC) Giraffe and Okapi Specialist Group recently submitted an updated proposed assessment of the giraffe for the IUCN Red List (still under review by IUCN) taking into consideration their rapid decline over the last 30 years.

“With now four distinct species, the conservation status of each of these can be better defined and in turn hopefully added to the IUCN Red List in time.” Dr. Fennessy says. “Working collaboratively with African governments, the continued support of the Giraffe Conservation Foundation and partners can highlight the importance of each of these dwindling species, and hopefully kick start targeted conservation efforts and internal donor support for their increased protection.

The conservation implications from this work are immense and our findings will hopefully help put giraffe conservation on the global map. It is important to note that in addition to this work GCF has monitored the decline of giraffe populations throughout Africa as well as the continued and increasing threats they face. Based on a combination of all these findings we are increasing our support on the conservation of targeted giraffe species and populations and need your support to make this a reality.” says Dr Fennessy.