Grabbing the Bull by the Horns – Or Not So, in This Case

Molly Campbell is a senior science writer at Technology Networks. She holds a first-class honors degree in neuroscience. In 2021 Molly was shortlisted for the Women in Journalism Georgina Henry Award.
Learn about our editorial policies
A horned bull from a control group is flanked by two hornless offspring of a genome-edited bull. Credit: Alison Van Eenennaam.

Complete the form below and we will email you a PDF version of "Grabbing the Bull by the Horns – Or Not So, in This Case"

On dairy farms, the horns of cattle are often removed, and calves are "disbudded" at a young age, making them "polled" cattle (hornless cattle).

There are several reasons for "disbudding", including reducing the risk of injury and bruising to herd mates and dairy farm workers, reducing space required at the feed bunk and for transit of cattle, and decreasing aggressiveness at the feed bunk.

Disbudding can be achieved via several means: using chemicals or a hot-iron to destroy the horn-producing cells of the horn bud, or via surgical removal. Regardless of the method adopted, the dehorning process is unpleasant for the cattle and can lead to the sickness or death of older calves. It can also adversely affect the farming process, as decreased liveweight gains is common in the weeks following dehorning.

An alternative option to manually removing the horns is to breed genome-edited bulls that are born without horns. Alison Van Eenennaam, a Professor at University of California, Davis, is pioneering this approach and believes it offers a pain-free genetic alternative.

In 2016, scientists integrated the PC Celtic POLLED allele into two male dairy bulls (RCI001 AND RCI002) by genome editing, using a method known as transcription activator-like effector nucleases (TALENS). Whole-genome sequencing (WGS) did not identify any off-target alterations from this experiment, and both of the bulls reached maturity without developing any horns.

Van Eenennaam and colleagues at UC Davis were keen to explore whether the POLLED genome edit would be passed on to the offspring of the gene-edited bulls and whether there would be any unique phenotypic or gentotypic changes in the offspring. They therefore set up a breeding program where semen from RCI002 was collected, cryopreserved and utilized to artificially inseminate ten estrus-synchronized Horned Hereford cows.

The results of the breeding program are now published in the journal Nature Biotechnology, and the authors note that to their knowledge, the calves produced from their study are the first reported offspring of a genome-edited bull.

They suggest that the findings will "help inform regulatory agencies as they formulate processes to regulate genome-edited livestock." Regulation is "of pivotal importance if this technology is to have a role in commercial livestock production" considering that the 2017 United States Food and Drug Administration’s Draft Guidance for Industry no. 187, entitled "Regulation of Intentionally Altered Genomic DNA in Animals" judges intentional DNA alterations as new animal drugs.

Six pregnancies resulted from the breeding program, with one female and five male calves born in September 2017. The scientists report that none of the bull's offspring developed horns. Blood and physical parameters were within normal limits and were found to be comparable between the offspring of the genome-edited polled bull and control calves. The genomes of the calves were also sequenced and analyzed to identify any unexpected changes. The results illustrate that the calves were healthy and remained so throughout the study period.

The data was shared with the U.S. Food and Drug Administration (FDA) who conducted their own analysis and discovered a fragment of bacterial DNA that was used to deliver the hornless trait to the bull had integrated into the calves of the genomes.

Classification as a GMO

"Our study found that two calves inherited the naturally-occurring hornless allele and four calves additionally inherited a fragment of bacterial DNA, known as a plasmid," says Van Eenenaam. This issue can be addressed via screening and selection, whereby only the two offspring of the genome-edited bull that inherited the naturally occurring allele would be bred.

"This type of screening is routinely done in plant breeding where genome editing frequently involves a step that includes a plasmid integration," said Van Eenennaam. Whilst the plasmid does not harm the animal, the integration ultimately results in its classification as a genetically modified organism (GMO) as it contains foreign DNA from the bacteria.

"We've demonstrated that healthy hornless calves with only the intended edit can be produced, and we provided data to help inform the process for evaluating genome-edited animals," said Van Eenennaam. "Our data indicates the need to screen for plasmid integration when they're used in the editing process."

The original genome-edited bull which fathered the calves was bred in a time period that relied on plasmid methods to deliver DNA. In modern day agrigenomics, alternative methods that do not rely on donor template plasmids or other extraneous DNA sequencing methods have been developed, which can help to overcome this issue.

Van Eenennaam recently told Technology Networks, "In 2017, the FDA in the United States came out with a draught guidance that says that all intentional alterations, irrespective of novelty, whether that trait already exists in your species or not, if they were developed using genome editing intentionally, then you're going to be regulated as a new animal drug. And that means you have to go through a multigenerational safety approval process, which is millions of dollars. So that just ended all ability for public sector to have anything to do with genome editing for food animals."

Want to know more about Van Eenennaam's work? She will be featuring in our series, Technology Networks Explores the CRISPR Revolution, later this month. Make sure you don't miss out! 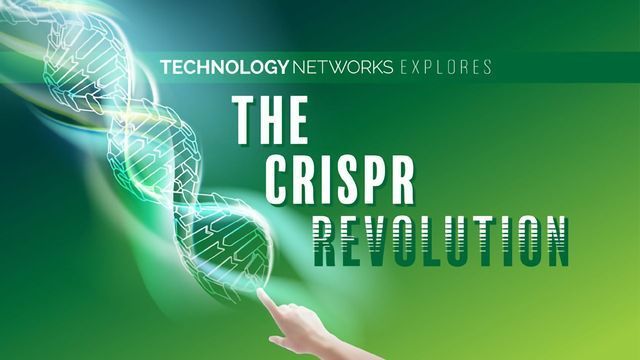