Growing Hepatitis C in the Lab

Growing Hepatitis C in the Lab 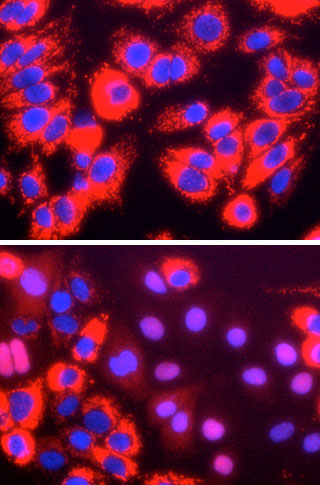 Worldwide, 185 million people have chronic hepatitis C. Since the late 1980s, when scientists discovered the virus that causes the infection, they have struggled to find ways to grow it in human cells in the lab — an essential part of learning how the virus works and developing new effective treatments.

In a study led by The Rockefeller University’s Charles M. Rice, Maurice R. and Corinne P. Greenberg Professor in Virology and head of the Laboratory of Virology and Infectious Disease, report that when they overexpressed a particular gene in human liver cancer cell lines, the virus could easily replicate.

“Being able to easily culture HCV in the lab has many important implications for basic science research,” says Rice. “There is still much we don’t understand about how the virus operates, and how it interacts with liver cells and the immune system.”

Scientists have long attempted to understand what makes HCV tick, and in 1999 a group of German scientists

This was true for all samples from patients, except one, and left scientists with a puzzling question for more than a decade: what prevents non-mutated HCV from replicating in laboratory-grown cell lines? Rice and colleagues hypothesized that one or more critical elements might be missing in these cell lines.

To test this idea, they screened a library of about 7,000 human genes to look for one whose expression would allow replication of non-mutated HCV. When the scientists expressed the gene SEC14L2, the virus replicated in its wild-type, non-mutated form. Even adding serum samples from HCV-infected patients to these engineered cell lines resulted in virus replication.

“Practically speaking, this means that if scientists want to study HCV from an infected patient, it’s now possible to take a blood sample, inoculate the engineered cells, and grow that patient’s form of the virus in the lab,” says first author Mohsan Saeed, a postdoc in Rice’s laboratory.

It’s not entirely clear how the protein expressed bySEC14L2 works, says Saeed, but it appears to inhibit lipids from interacting with dangerous reactive oxygen species, a process that prevents HCV replication.

Recent advances in HCV treatment have made it possible for millions of people to be cured of the virus. “New therapies, however, are extremely expensive and not perfect,” Saeed notes. “As more patients are treated, drug resistant forms of HCV are emerging. Having a cell culture system where patient isolates can be grown and tested for resistance or susceptibility to alternative antiviral drug combinations should be useful for optimizing re-treatment strategies for those that fail treatment.”

Even though effective therapies for HCV do exist, there is still much we need to understand about the virus, adds Saeed — and understanding how HCV interacts with its host cell can help scientists learn more about similar viruses for which effective treatments have yet to be developed. “The lessons learned from one disease can be true for other diseases as well,” he observes.

qPCR Analysis, How a qPCR Machine Works and qPCR Protocol