For almost 60 years, the Wisconsin Longitudinal Study (WLS) has closely followed the life course of roughly a third of Wisconsin high school graduates from the class of 1957.

Subjects of the project known as the "Happy Days Study" - one of the most consistent, comprehensive and expansive studies of aging and health in America - have contributed their time for repeated, highly detailed surveys of health, family life and employment. They have given access to medical and life histories, including diseases, health-related behaviors, cognitive status, psychological and physical well-being, and detailed geographical data showing where subjects have lived over the course of their lives. As new molecular assays have been developed, the WLS cohort has also contributed biological samples such as saliva, which can be genotyped. 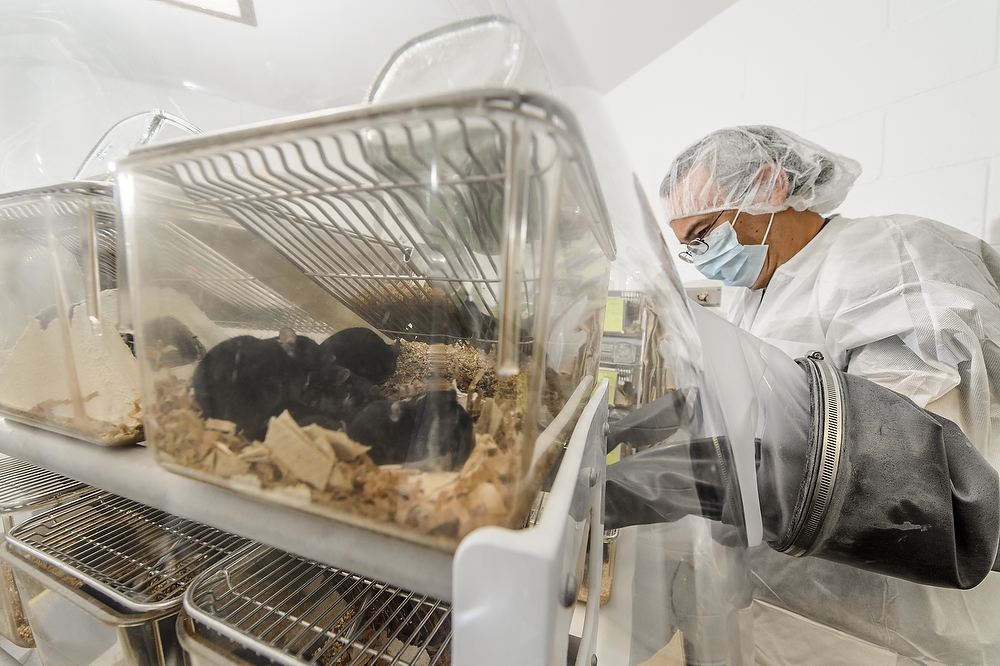 Now, with the advent of new high-throughput genetic sequencing technologies, a new frontier beckons: the microbiome.

In our gut, each of us has a unique ecosystem composed of hundreds of species of microorganisms, acquired since birth from the environment, our food and the people closest to us. Together with their genes, this collection of microorganisms is known as the microbiome. Humans and other animals are utterly dependent on these microbial hitchhikers to do things like digest food, process nutrients, modulate the immune system and outcompete the pathogenic microbes that sometimes infect us.

"We know relatively little about the gut microbiome," explains Pamela Herd, a professor in the University of Wisconsin-Madison's Robert M. La Follette School of Public Affairs and the principal investigator of the WLS. "But one of the things that is so interesting about it is its plasticity. The broader environment seems to influence its composition."

To date, studies of human gut microbiota have been limited. The largest study, conducted in 2012 and supported by the National Institutes of Health, sampled "healthy" human microbiomes from 256 people selected non-randomly from St. Louis and Houston. Researchers are also hamstrung by limited environmental information from their subjects. Things like diet, social interaction and where people live are known to influence the composition of the gut's resident colony of microbes. There is also little known about the microbial communities that colonize the elderly. It is known that gut microbiota in the elderly are more varied from person to person, and that those differences can be associated with health, including frailty, inflammation and obesity.

To begin to address some of these limitations, Herd and her WLS colleagues have embarked on a novel collaboration with the lab of UW-Madison bacteriology Professor Federico Rey. With the help of the University of Wisconsin Survey Center, the WLS researchers have collected fecal samples from more than 400 participants in the WLS to begin to map out the health implications of the microbes that live in our gut as we grow old.

"This is not easy data to collect," notes Rey, who participated in a landmark study while at Washington University showing that the composition of the microbes in the gut can significantly influence metabolism and obesity.

In that study, human microbiota samples were transplanted into germ-free mice to see, among other things, if the mouse recipients would mirror the metabolism or obesity of the human donor, which they in fact did.

"People who are obese have a different microbiome," says Rey, "and we can colonize mice with human fecal samples to reflect aspects of that phenotype."

The new effort by WLS and the collaboration with Rey is a rare marriage of biology and social science. The fact that the subjects of the WLS have been intensively tracked for almost 60 years, means the information found in their microbiomes can be correlated with where they lived, who they lived with, their health and employment histories, and even their psychological well-being. Such things as where someone has lived, for example, may be reflected in the gut microbiome because the germs we accumulate in our gut can come from things like soil.

Observations drawn from WLS data can be tested in the context of the microbiome. For example, WLS data suggest that growing up poor can have a "sustained influence on health and mortality across the life course." In another context, being raised on a farm - as 20 percent of the WLS sample were - seems to have a significant positive influence on health and longevity.

"We have decades of information on social relationships," says Herd, "and we're wondering about things like how social relationships affect the microbiome. Every time we shake hands or kiss, we exchange microbes. Some studies have shown that people who are isolated are likely to die younger, but why?"

Exploring the microbiome in the context of the WLS data may help provide some answers because environment and social interaction seem to play such a large role in the composition and changes to the microbiome.

And like genetic information, it may be possible in the future to predict health or prescribe medical interventions based on what your microbiome says about you, says Rey.

"Environment matters," he argues, "and the things we are going to be looking at promise to take our understanding of that to an entirely new level."