Have You Inherited Your Migraines?

Published: May 4, 2018
| Original Story from the Institute of Molecular Medicine Finland
News

Have You Inherited Your Migraines?

Complete the form below and we will email you a PDF version of "Have You Inherited Your Migraines?"

An international research consortium has shown that an accumulation of many independent genetic risk variants is the reason why migraine tends to run in families. The genetic burden was shown to be greater in patients that experience aura symptoms during attacks or have an early age of onset of migraine.

The results of the largest genetic family study on migraine thus far were published online in the journal Neuron today, May 3. The study was based on medical history and genetic data of 1,589 Finnish migraine families with more than 8,300 individuals.

This family cohort is unique in its size and several neurologists from all over Finland have participated in recruiting the participants. The study was coordinated by researchers from the University of Helsinki, Helsinki University Central Hospital, Folkhälsan Research Center and the Broad Institute of MIT and Harvard.

Migraine is one of the most common brain disorders worldwide, affecting approximately 15-20% of the adults in developed countries. In many families there are much more migraine patients than would be expected by chance alone. The molecular mechanisms of migraine and the reasons for familial clustering remain poorly understood.

By studying more than 59.000 migraine patients, the researchers behind this study have earlier identified over 40 significant genetic risk variants that predispose individuals to migraine. In addition, this earlier study provided evidence of hundreds or even thousands of additional variants that have a smaller impact on migraine risk. In the present study, the team combined information from all these implicated risk variants and calculated a personal genetic risk score for each of the study participants.

This genetic risk score was used to estimate and compare the genetic burden conferred by common variants in different migraine patient subgroups.

“Both rare, high-impact and common genetic variants with smaller impact could contribute to the familial aggregation of migraine. In this study, we wanted to find out which one is more important and whether the genetic load is higher in certain types of migraine”, said Dr. Padhraig Gormley from the Broad Institute of MIT and Harvard, the first author of the study. 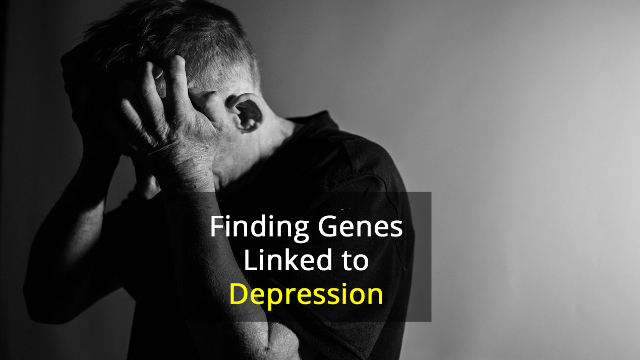 END_OF_DOCUMENT_TOKEN_TO_BE_REPLACED

The family cohort was also compared against another large Finnish sample, the FINRISK population cohort with close to 15,000 participants, including 1,100 with migraine.

The researchers observed an overall increased genetic risk score in familial migraine cases compared to general migraine cases from the population and clear differences of the common variant load across different migraine subtypes.

Of special interest was the contribution of common and rare genetic variation to hemiplegic migraine, a disease primarily thought to be caused by rare pathogenic variants in three genes. Even for this migraine subgroup, the results showed that the combined effect of common risk variants was greater than the effect of rare mutations. In fact, of all the migraine subtypes analyzed, the genetic load was highest in this group of patients.

Further analyzes showed that the genetic risk score was also associated with the age of onset of migraine headaches. Genetic load was significantly higher in migraine cases where headache onset occurred before 20 years of age compared to individuals with later onset.

“Our study supports the hypothesis that migraine subtypes are genetically heterogeneous diseases, and that common polygenic variation significantly contributes to the aggregation of the disease in families, both for common and rare migraine subtypes”, concluded Professor Aarno Palotie from the Institute for Molecular Medicine Finland FIMM at the University of Helsinki.

“We were surprised by the impact of the common variants in these families. However, much of the genetic predisposition to migraine still remains unexplained. It is likely that further studies will reveal more common and rare migraine risk variants.”

This article has been republished from materials provided by the Institute for Molecular Medicine Finland. Note: material may have been edited for length and content. For further information, please contact the cited source.