News
Published: August 8, 2018
| Original Story by Ranjith Kumavath, PhD and Debmalya Barh, PhD
A cluster of mangroves on the banks of Vellikeel river in Kannur District of Kerala, India. Credit: By Lamiot under [GFDL (http://www.gnu.org/copyleft/fdl.html) or CC-BY-SA-3.0 (http://creativecommons.org/licenses/by-sa/3.0/)], via Wikimedia Commons

Mangroves are trees with high tolerance to saline environments. Hence, they flourish in coastal or brackish areas where most trees fail to grow. As a result, mangroves play a pivotal role in preserving the coastal ecosystem by acting as a physical barrier in the shoreline to prevent erosion. In addition, they have several benefits such as biodiversity, livelihood to the rural communities and water management. The Indian state of Kerala is a hotspot for mangrove tourism. The long coastline and brackish water serve as an ideal mangrove ecosystem. Mangroves cover up to 152,000 km2 globally. However, their range is decreasing due to pollution, urbanization and other human activities. There is an increasing urgency to understand the structural and functional architecture that underlies the mangrove ecosystem, and the microbial community is an important component that remains unexplored.

The negative aspect of this discovery is that such antibiotic resistance genes can have serious consequences if they “move” from non-harmful microbes to human pathogens through horizontal gene transfer. On the other hand, the heavy metal resistance genes of these microbial ecosystems can be wisely used in developing transgenic organisms towards bioremediation.

Further studies are currently being designed to evaluate the dissemination of such antibiotic resistance genes to pathogens. The rich microbial diversity is an addition to the myriad of benefits that mangroves provide to us. Unfortunately, the mangrove ecosystem is gradually being depleted around the globe due to urbanization and deforestation. Furthermore, household as well as industrial waste has made the mangrove ecosystem inhospitable to many species of migratory and shore birds, fish such as Mugil, Sciaena, Lates, Liza, Polynemus, Setipinna, and other aquatic animals such as Penaeus, Metapenaeus, Scylla serrata that are consumed as food.  Hence, preservation of mangroves should be encouraged and maintained. In addition, research on fundamental science should be encouraged.

The study was funded by the Indian Science and Engineering Research Board (SERB). The works were led by Dr. Ranjith Kumavath from Central University of Kerala, Kasaragod, India and coordinated by Debmalya Barh from the Institute of Integrative Omics and Applied Biotechnology (IIOAB), and NITTE University Center for Science Education and Research, India. 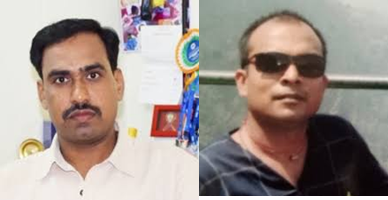