If Athletes Can Edit Their Own DNA, How Will We Detect It?

If Athletes Can Edit Their Own DNA, How Will We Detect It?

Molly Campbell is a senior science writer at Technology Networks. She holds a first-class honors degree in neuroscience. In 2021 Molly was shortlisted for the Women in Journalism Georgina Henry Award.
Learn about our editorial policies
Credit: Braden Collum on Unsplash.
Read time:

Complete the form below and we will email you a PDF version of "If Athletes Can Edit Their Own DNA, How Will We Detect It?"

The ability to edit the genetic code of a human being in vivo may have once seemed a far-off fantasy. But the advent of CRISPR-Cas9 gene-editing technology, which saw Jennifer Doudna and Emmanuelle Charpentier win the 2020 Nobel Prize in Chemistry, has made it very much a reality. 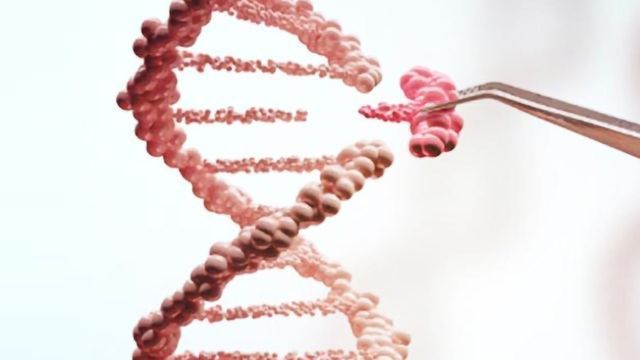 How CRISPR Lets Us Edit Our DNA

END_OF_DOCUMENT_TOKEN_TO_BE_REPLACED

Aside from a small number of clinical trials testing CRISPR-Cas9-based gene therapies, human genome editing is currently restricted by laws and regulations in most countries. But this hasn't dissuaded a group of individuals known as "biohackers", who have already conducted experiments on themselves, outside of an official research facility using CRISPR-Cas9 technology. Whilst their endeavors have been somewhat unsuccessful, it shines a light on the fact that genome editing technology is increasingly accessible and affordable, raising ethical concerns.

Some athletes will go to astonishing lengths to attain success in their sport, adopting methods that disregard the advice of modern science and medicine. Add the potential impact of genome editing to the "doping" toolbox and you are faced with a completely different ballgame. This was recognized by the World Anti-Doping Agency, or WADA, which added a ban to all types of gene editing to its 2018 List of Prohibited Substances and Methods.

A key challenge to imposing this ban was working out how "gene doping" could be quantitatively detected in an individual. It's part of their DNA after all. A team of researchers from the Centre for Preventive Doping Research at the German Sport University Cologne has made progress in this space by developing an analytical method that can detect potential misuse of the CRISPR-Cas9 system. Their work is published in ACS' Analytical Chemistry.1

An unequivocal identification of Cas9

The researchers, led by Professor Mario Thevis, wanted to investigate whether the protein Cas9 – from the bacteria Streptococcus pyogenes could be detected in plasma samples from human and mouse models. "A key variable in CRISPR-Cas-based gene editing is the use of an endonuclease and ribonucleoprotein such as Cas9. Cas9 is of bacterial origin and as such a xenobiotic to humans, which thus is an ideal candidate to screen for in human doping control samples as its presence suggests the deliberate use and injection of the endonuclease," Thevis told Technology Networks.

Their method is based on the extraction of Cas9 from plasma via immunoaffinity purification, which allows the team to concentrate a target analyte for cleavage into peptidic fragments. These fragments containing a defined amino acid sequence are then analyzed using liquid chromatography-mass spectrometry (LC-MS). " This enables the unequivocal identification of Cas9 in a complex biological matrix such as human plasma," Thevis said.

"Research in gene therapy has shown incredible biotechnological accomplishments, some of which need to be closely monitored as the possibility of their misuse in sports cannot be ignored," – Thevis.

The researchers’ second aim was to explore whether the method would be able to detect both activated and inactivated Cas9.

Mutations to the Cas9 gene may impact the protein’s functionality, preventing it from being able to cleave DNA, but it can still influence gene expression in this inactive form. Thevis said, "Complexation of inactivated Cas9 with transcription factors allows, for example, the overexpression of genetically encoded proteins. Alternatively, inactivated Cas9 guided to a specific gene by ‘single guide-RNA’ can block the expression of an undesirable protein." He explained that both strategies are additional options that could hypothetically be used to increase or decrease naturally produced hormones in sport. The results show that the method is also suitable for detecting inactivated Cas9 that had been spiked through human plasma samples.

The duration of time for which a method can accurately detect doping is critical for it's use in sport. The scientists used an in vivo mouse model to test their method and found that a single dose of Cas9 could be detected up to 8 hours after administration. "It is a comparably short window of opportunity, but substantial improvements are possible, and the timeframe might change considerably under different gene editing regimes," Thevis said.

Next steps in the race

Cas9 is not the only protein that can be utilized to achieve gene editing, and Thevis noted that this must be a consideration in future developments of the proof-of-concept study. It will also form part of the research group's next steps in this space. "We are closely looking into increasing the test method’s sensitivity and aim at including, besides Cas9, also the non-natural single guide-RNA as target analyte. This will complement the current approach and potentially offer further/better test method characteristics," Thevis concluded.