Building on its pioneering research into the use of genomic technology to rapidly diagnose life-threatening diseases, UC San Francisco has launched a dedicated research center to explore how this potentially transformative approach to critical care medicine could be widely integrated into healthcare settings.

Known as the UCSF Center for Next-Gen Precision Medicine Diagnostics, the new initiative will initially focus on radically improving diagnosis of encephalitis and meningitis, devastating and sometimes deadly conditions characterized by inflammation of the brain or its surrounding tissues. Despite their severity and the high cost of hospital care associated with these conditions, studies have shown that in more than half of encephalitis and meningitis cases a cause is never identified.

“Knowing the cause can significantly impact the course of clinical care. Therefore the use of genomic technology in these situations is incredibly exciting—the results may have immediate and actionable consequences,” said principal investigator Joseph DeRisi, PhD, chair of the Department of Biochemistry and Biophysics at UCSF. “There’s no question the technology works, but research at this center will help us find out how well it will compete with typical ‘send-out’ tests in terms of cost, scale, and turnaround times. We will also push the technology to do more, in order to drive sensitivity up and cost down.” 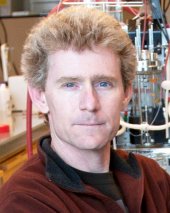 The new center is backed by $2.4 million in start-up funding from the Sandler Foundation and the William K. Bowes, Jr. Foundation. That support was recently buttressed by a $1.2 million grant from the California Initiative to Advance Precision Medicine, a public-private effort spearheaded by Governor Edmund G. Brown Jr.

“UCSF has all the components critical to success, including great vision, outstanding science, and a collaborative culture that brings together exceptional basic scientists and clinical scientists,” said Herbert Sandler, president of the Sandler Foundation. “The new center will help advance medical research to a point where, with a single test, we can rapidly and accurately diagnose a whole array of life-threatening diseases that previously required putting patients through a range of burdensome, expensive, and speculative tests. The center will contribute to both better patient outcomes and lower healthcare costs.”

UCSF Chancellor Sam Hawgood, MBBS, said, “This center is an exemplar of UCSF’s leadership in precision medicine, and thanks to the visionary support of Herb Sandler and Bill Bowes, and that from the State of California, some of the nation’s most seriously ill patients will see more rapid benefits from the power of next-generation diagnostics.”

The center will bring together an interdisciplinary team of scientists and clinicians, as well as a health economist, to develop and deploy genomic testing for patients suffering from encephalitis  and meningitis. This testing is primarily designed to identify infectious agents such as bacteria and viruses, but many cases of meningitis and encephalitis are caused by an autoimmune response, so the center will also develop new technologies to better understand such cases.

“Next-Gen” in the center’s name is a reference to next-generation sequencing, a term for techniques by which complete genomes can be deciphered at the level of individual genetic “letters.” Over the past several years, DeRisi and center member Charles Chiu, MD, PhD, have developed pathbreaking diagnostic tests based on next-gen sequencing. In encephalitis and meningitis, for example, a sample from a patient of the cerebrospinal fluid that bathes the brain and spinal cord can be rapidly analyzed to detect “foreign” genomic sequences that may reflect the presence of disease-causing pathogens such as bacteria or viruses. DeRisi and Chiu are continually refining and adapting their sequencing and bioinformatics platforms to apply to a wide range of both human and veterinary diseases.

In 2014, DeRisi, Chiu and Michael Wilson, MD — also a member of the new center — attracted international attention with a New England Journal of Medicine article on their use of these techniques to identify a rare bacterium causing a life-threatening case of encephalitis in a Wisconsin boy. The test results, which were generated in about 48 hours in Chiu’s lab, are credited with saving the boy’s life.

“From a health outcomes standpoint, encephalitis and meningitis are very serious diseases,” DeRisi said. “Five or six percent of patients will die, and many more will suffer long-term damage, such as cognitive problems, memory loss, or loss of hearing. These patients often have extended stays in Intensive Care Units, which can cost hundreds of thousands of dollars, and in more than 50 percent of the cases no diagnosis is ever made. This is shocking in this day and age, especially when the stakes are so high.”

One reason encephalitis and meningitis resist diagnosis, DeRisi said, is that they can be caused by hundreds of different kinds of infectious agents or parasites—viruses, bacteria, fungi, and even amoebae. “If you’re sending out for tests of the agent you guess is at work, one at a time, it can take a heck of a long time to cover those hundreds of things. But these pathogens all have nucleic acids — RNA or DNA — and a sequencing approach is the fastest and most comprehensive way to detect that.”

Moreover, the fact that cases due to autoimmunity cannot be easily distinguished from infectious ones creates “a diagnostic conundrum” for doctors, according to DeRisi: for autoimmune encephalitis, doctors may administer steroids to tamp down the immune response, but that therapy can hamper the body’s ability to heal if the inflammation is actually caused by an invading bacterium or virus.

Because so little is known about autoimmune encephalitis and meningitis, when next-gen tests conducted at the new center do not detect an infectious agent, center member Sam Pleasure, MD, will conduct research to try to determine why the brain or meninges are eliciting an immune response. In parallel, members of the center will work to develop new protein-based tests to specifically diagnose autoimmune causes of these diseases, an unmet need in critical-care medicine.