Complete the form below to unlock access to this Audio Article: "New Knowledge on “Mysterious” Genotype-Phenotype Associations"

A new study analyzing the association between an individual’s genetics (genotype) and their observable characteristics resulting from the interaction of genetics and the environment (phenotype), contributes new knowledge to the understanding of human complex traits and diseases.

The study titled, "An atlas of alternative polyadenylation quantitative trait loci (3′aQTLs) contributing to complex trait and disease heritability,” was recently published in Nature Genetics.  Led by University of California, Irvine professor of bioinformatics Wei Li, PhD, the Grace B. Bell chair of the Department of Biological Chemistry at UCI’s School of Medicine, this new research unlocks how much differences in people’s genes account for differences in their traits and what can be attributed to the effects of the surrounding environment. 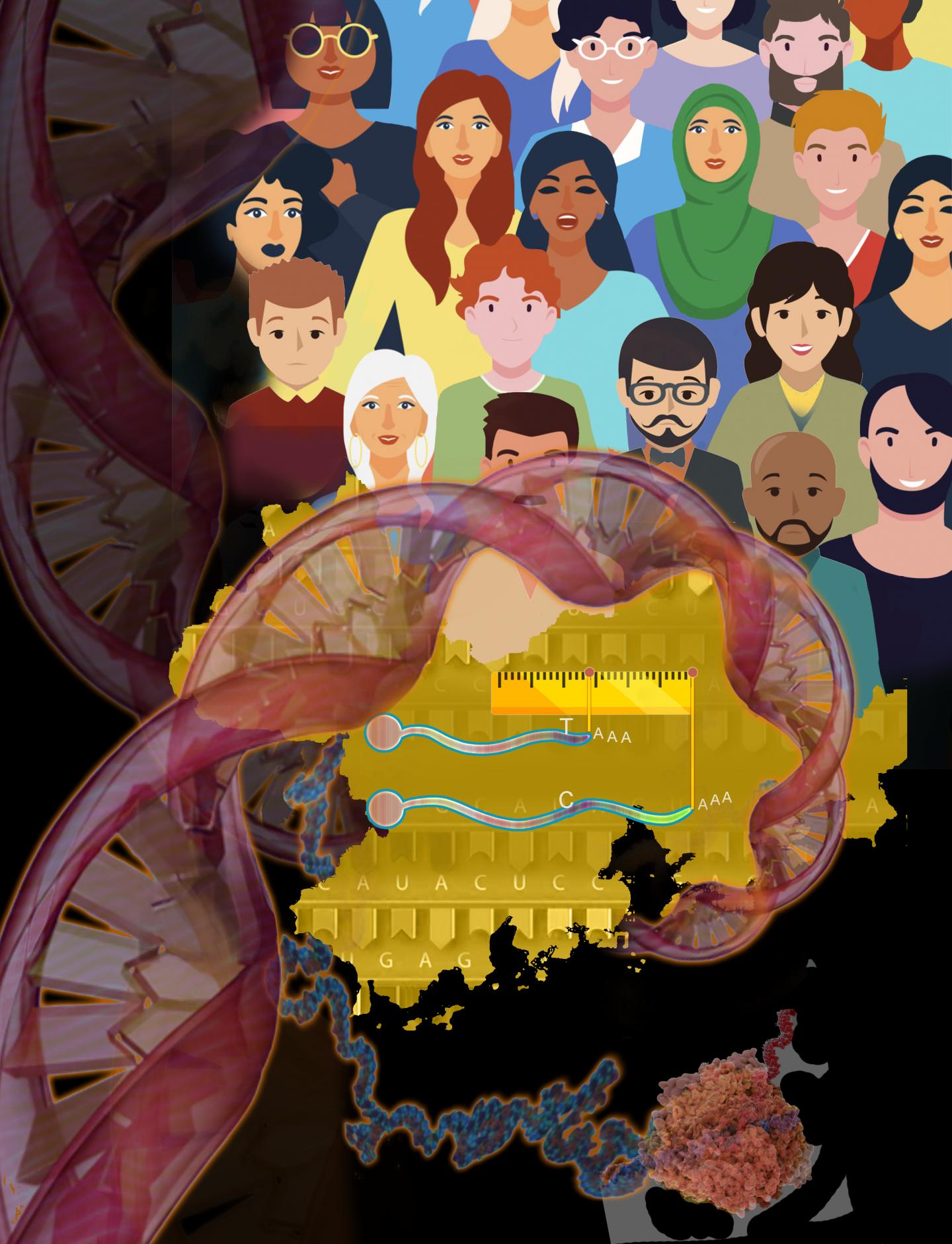 Shown are the genetic variants associated with alternative mRNA 3'UTR lengths. A change from the T allele to the C allele leads to the lengthening of a 3'UTR measured by a ruler. These 3'UTR associated genetic variants provide substantial new insights into the molecular mechanisms underlying many human complex traits and diseases. Credit: UCI School of Medicine.

“Our research is of particularly importance as it offers interpretations that explain how natural variations can shape human phenotypic diversity and tissue-specific diseases,” said Li. “Our most exciting finding was that certain events in human genes can explain a substantial proportion of trait heritability.”

It was well known that 3’-UTR alternative polyadenylation (APA) occurs in approximately 70 percent of human genes and substantively impacts cellular processes such as proliferation, differentiation and tumorigenesis.  But, until now, the association of APA events with disease risk and complex human traits was not well understood.

Genome-wide association studies have identified thousands of noncoding variants associated with human traits and diseases. However, the functional interpretation of these variants has proven to be a major challenge. In this study, researchers constructed a multi-tissue atlas of human 3′ UTR alternative polyadenylation (APA) quantitative trait loci (3′aQTLs), containing approximately 0.4 million common genetic variants associated with the APA of target genes, identified in 46 tissues isolated from 467 individuals (Genotype-Tissue Expression Project).

“From our findings we could show that specific molecular features associated with human phenotypic variations contribute substantially to the molecular mechanisms underlying human complex traits and diseases,” explained Li.